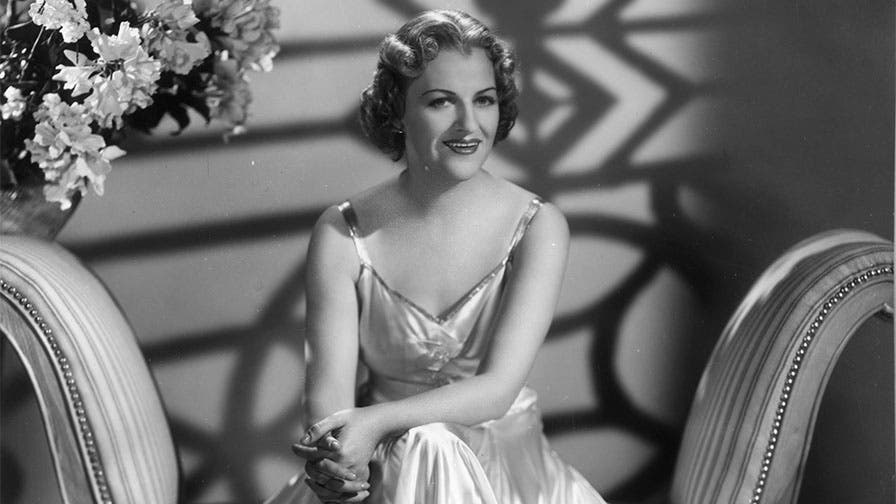 Gracie Fields wasn’t prepared for the drastic makeover she would have to endure when she arrived in New York City aboard the Queen Mary in 1937.

Sebastian Lassandro, who wrote her biography, said the actress was immediately turned into a platinum blonde as soon as she got off the boat. But the transformation didn’t stop there.

“She was sent on a photo shoot,” the author told Fox News. “And the photographer wasn’t happy with her teeth. So they had all her teeth pulled out. She said, ‘The dentist was quite brutal. He just shoved the new teeth into my mouth.

“‘I went to Charlie Chaplin’s house that night to have dinner. His chef cooked a traditional English roast dinner. I tried to chew the roast beef and the Yorkshire pudding with the new teeth in my mouth and I couldn’t manage it.’ So there was definitely pressure for her to become glamorous in 1937.”

BILL HALEY’S SON CLAIMS ‘ROCK AROUND THE CLOCK’ SINGER HAD A DARK SIDE, STRUGGLED FROM ALCOHOLISM IN MEMOIR

Earlier this year, Lassandro published a two-volume biography on the British actress titled “Pride of Our Alley,” which chronicles her seven-decade career in film, theater and radio.

Fields, who at one point was Hollywood’s highest-paid star of the 1930s, passed away in 1979 at age 81 at her home in Capri, Italy from pneumonia.

“It’s been 40 years since Gracie died,” Lassandro explained. “I felt that now was the perfect time to finally get her story told completely. Previous books have failed at researching her properly and have released misinformation about her. I took a close, careful look at Gracie from birth until death. Now we have an incredibly great story of a woman who lived a full life.”

Lassandro said he reached out to Fields’ family and was given access to letters, scrapbooks and other rare documents that captured Fields’ public and personal life.

And while Fields’ attempts to woo Hollywood were painful, it apparently paid off.

“She kind of adopted this almost American personality,” said Lassandro. “Her acting changed. When you hear her radio shows or see the films she made in America, it’s not the same Gracie Fields. I suspect it’s what [filmmakers] expected for Hollywood… But even though they dyed her hair and gave her a whole set of teeth, she was still known as ‘our Gracie.’ She was still the same down to earth actress who was one of us.”

However, Fields still managed to face some scandal in her native England. In 1940, the actress seemingly ditched her country for good during World War II for America — a move that angered the British press and even a member of parliament.

Fields was also married to her producer Monty Banks, who was born Mario Bianco. When Italy entered the war, Banks was considered an enemy alien. The New York Times shared that once he left for their Santa Monica, Calif. home, Fields went with him.

“Lots of people at the time thought she was a traitor and running away because Britain was being bombed,” said Lassandro.

However, Lassandro stressed this was far from the truth. It turned out, Fields left the UK at the request of British Prime Minister Winston Churchill who told her to “earn American dollars, not British pounds.”

“She was doing charity work,” he explained. “She was raising money for charities at the insistence of Winston Churchill. Gracie worked throughout the war years without taking a wage for herself. She bankrupted herself on a number of occasions while earning for all of the war charities.”

Fields did extensive tours in both America and Canada, as well as Africa, Australia and New Zealand. She would ultimately tour Europe at the end of the war. She “entertained troops in every theater of operations during World War II,” the New York Times reported. Fields would go on to give 10 command performances for British royalty.

December 15, 1945: During an ENSA tour of Italy, singer and comedienne Gracie Fields (1898-1979) poses with members of the Allied Forces in Rome.
(Photo by Haywood Magee/Picture Post/Hulton Archive/Getty Images)

ANNETTE FUNICELLO’S DAUGHTER REFLECTS ON LIFE WITH ORIGINAL MOUSEKETEER: ‘WE LAUGHED UNTIL WE CRIED’

According to the outlet, one of her tours lasted a year without a break and it raised more than $2 million for wartime charities.

“She was dedicated to the war effort,” said Lassandro. “She knew she had this God-given talent of performing and she wanted to give back in the best way she knew how. She wanted to give those who were in the trenches hope. That was her goal.”

According to Lassandro, the British press did eventually apologize for the harsh media scrutiny she endured.

Banks passed away in 1950 at age 52 from a heart attack. After his passing, the Times reported Fields retired to Capri. In 1952, she married her third husband Boris Alperovici, whom she first met when he went to her villa to fix a broken radio.

Queen Elizabeth II talks to actress and singer Gracie Fields before the Royal Variety Performance at the London Palladium.
(Photo by PA Images via Getty Images)

KARL MALDEN’S DAUGHTERS REFLECT ON LIFE WITH THE ‘STREETCAR NAMED DESIRE’ STAR: ‘HE WAS LIKE A BIG CHILD’

“She would always come back to England to do variety shows, radio and television,” he said. “When she wasn’t working, she was in her beloved Capri and enjoying the sunshine. But even in her 70s and 80s, she was in demand. At age 70, she had a two-week run in England. In 1978, she opened a theater under her name. And then the year that she died, she was made a dame, the highest award you can give to a female performer. Even until her death, she was in demand and she kept busy.”

Lassandro hopes Fields, who is now seemingly forgotten in Hollywood, will be reexamined by new, curious fans.

“I hope they get an appreciation to how important Gracie was to the entertainment industry, both in England and America,” he said. “The British audience may have turned their back on her for a little bit during the war, but she persevered.”