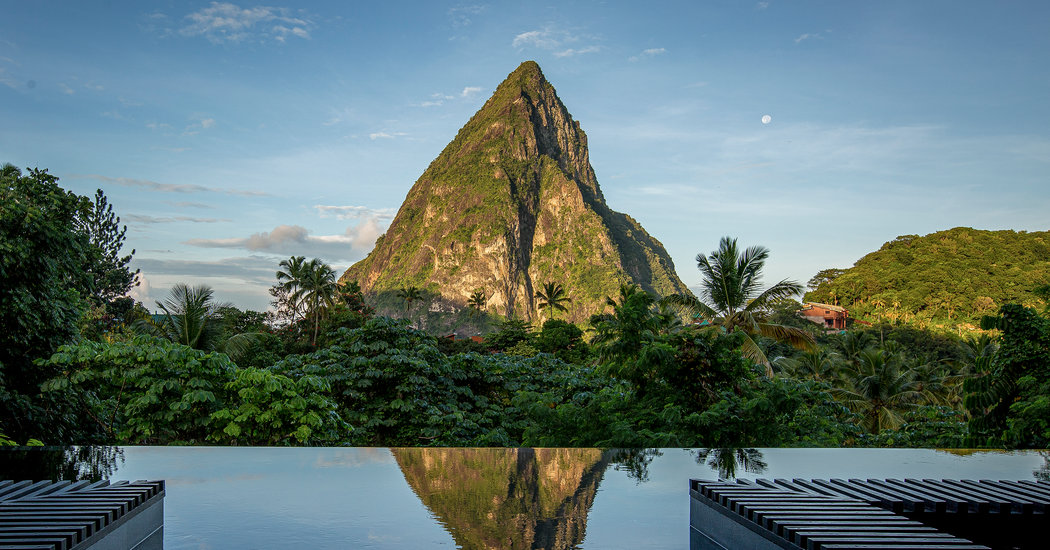 
When the monstrous hurricanes Irma and Maria tore through the Caribbean in 2017, the damage was devastating. Some islands are still recovering. Others, like Puerto Rico, are reeling again from recent disasters.

The 2017 storms forced hoteliers to regroup and rebuild — which has, according to leading travel advisers, ushered in a new age of hospitality.

In March, Half Moon, the iconic Jamaican resort, will add the 57-room Eclipse to its 400-acre compound in Montego Bay. The Central American nation of Belize is experiencing something of a hotel boomlet: Never mind Leonardo DiCaprio’s long-delayed Blackadore Caye; the stylish and carbon-friendly Itz’ana Resort and Residences opened last month in Placencia, and development is underway on Caye Chapel, a 280-acre private island that will open as a Four Seasons Resort and Residences in 2021.

This tropical region — rich in history, a riot of flora and fauna, and lousy with cruise ships — promises the good life. Here are five notable places to seek it.

Founded in 1964 by the financier and conservationist Laurance Rockefeller, this storied place in the British Virgin Islands closed in 2016 to undergo some updates. Just before reopening in 2017, hurricanes Irma and Maria hit, devastating the entire resort. This month, it’s back in business — the ultra-deluxe business — after a complete renovation led by the New York design boutique Meyer Davis.

[Read more about the British Virgin Islands, which are on our list of 52 Places to Go in 2020.]

Loyalists will notice that the conical-shaped roof which capped the original pavilion is now repeated in different directions and diverse shapes throughout the 500-acre property, and that the Pelican Smash — the house cocktail from ’64, made with rum, whisky, bourbon, pineapple, orange and guava berry — is back on the menu at the Rum Room.

There are 42 guest rooms, 35 suites, two beach houses and one hillside villa, all of which face the sea, many of which feature a locally sourced Pietra Cardosa stone wall, and almost none of which have a television. Freedom from devices is encouraged, from the moment guests board the fancy catamaran in Tortola for the 20-minute sail to the resort’s secluded bay on Virgin Gorda.

When the co-founders Angus Thirlwell and Peter Harris wanted to get closer to the source of Hotel Chocolat, their British chocolate company with retail shops from London to New York, they stumbled upon a centuries-old 140-acre cocoa plantation on St. Lucia and bought it in 2006. By now, they have turned it into a “tree-to-bar” operation that has changed the fortunes of 220 St. Lucian growers, from whom they buy every bean harvested.

The property also doubles as a 14-room luxury hotel and makes agriculture seem almost sexy. (Project Cocoa, a six-acre campus where visitors can learn, up-close and hands-on, how fine chocolate is made, will open this summer.)

The rooms here — called lodges or luxe lodges — have a kind of modern colonial air, with dark wood floors, four-poster beds clad in mosquito netting, and chaises longues on decks overlooking lush vegetation and the pointy peak of Petit Piton in the distance. At 1,000 feet above sea level, it’s a 10-minute shuttle ride to the water’s edge, then another 10-minute boat ride to the beach du jour (according to conditions). And for bragging rights: You can plant a seedling and return someday to find your own cocoa tree.

Boucan by Hotel Chocolat; from around $450 (including breakfast and chocolates); Rabot Estate, Soufriere, St. Lucia.

At the tail end of Playa del Carmen on the Riviera Maya, this spanking-new $100 million resort was imagined by the entrepreneur Alex Ferri to preserve the landscape — there are no plastic bottles, for example — yet spare no creature comfort. Each room, for instance, gets a “Nomadic Guide,” a.k.a. a butler.

There are 314 suites facing the ocean, some with bunk or trundle beds, done up in a spare but tropical style that extends to the ample bathrooms. There’s a spa, an open-air gym, a full-time shaman who oversees all manner of yoga, four restaurants and a food truck (all with plant-based options), four infinity pools overlooking the resort’s half mile of Caribbean beach, two pool bars, sun loungers with integrated shade systems, and a children’s center with Waldorf-trained staff. No babysitting fees required.

Palmaia, The House of AïA; from about $600, all-inclusive; Playa del Carmen, Mexico.

Bequia, St. Vincent and the Grenadines

The seven-square-mile island of Bequia — that’s BEK-way, and meaning “islands of the clouds” in the ancient language of Arawakan — has only a handful of hotels, a sleepy languor, and a beach named after Princess Margaret, who once visited from nearby Mustique. Opened in late 2018, this tiny 11-villa resort is part of the Scottish ICMI Luxury Collection, which includes Greywalls Hotel in Edinburgh and Cromlix, the tennis star Andy Murray’s redoubt, in Perthshire.

The vibe is understated grandeur: French doors opening onto plunge pools with views of the private marina, deep sofas and enormous pillows, ceiling fans and marble bathrooms (some of which open to the outdoors), and a thatch-roofed restaurant with panoramic views of the vivid blue ocean. There’s a new tennis court — advantage, Mr. Murray — and picnics can be arranged for island hopping. Mustique, Canouan and Tobago Cays are all an easy boat trip away.

The Liming; from $550 (including breakfast); Bequia, St. Vincent and the Grenadines.

Four years in the making, this 151-room resort on the volcanic island of Dominica opened in October. It’s on a northern peninsula alongside the rich green wilds of Cabrits National Park, one of three preserves in this small nation in the West Indies.