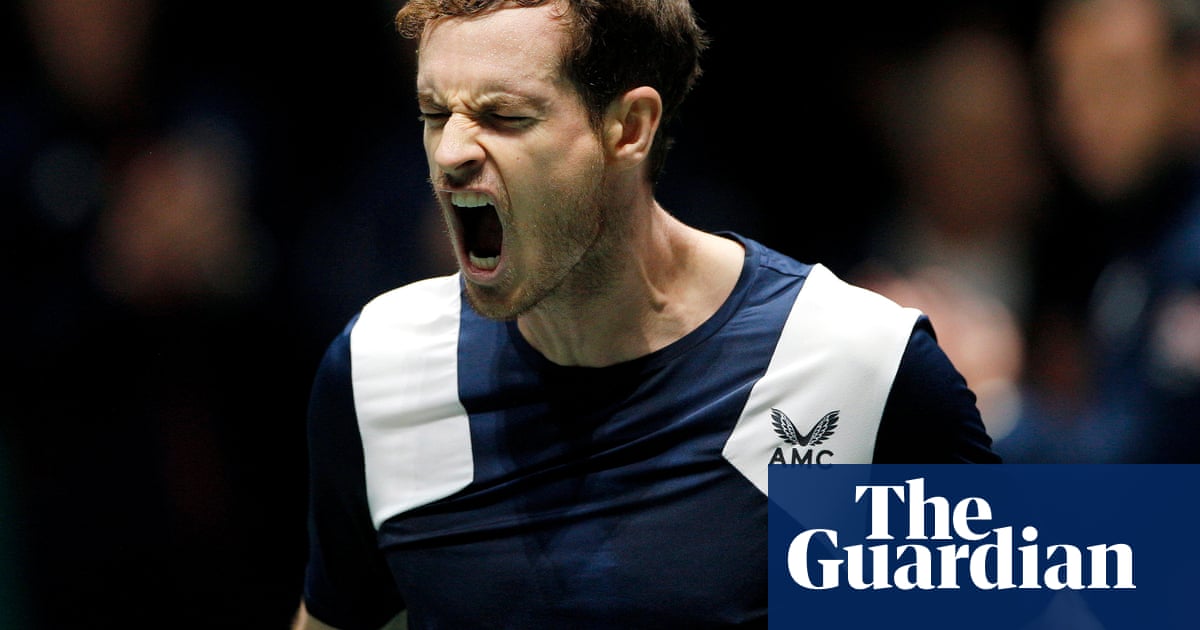 
When Kim Murray, latest baby in her arms, shouted out to her husband, Andy: “Then you buggered off to Madrid for a week,” it brought a guilty smile to the Scot’s face and gently reminded him of what matters most in his whirlwind existence.

We were gathered in a cinema in London after watching Resurfacing, the documentary that details his journey back from hip surgery in January to the verge of competing at the highest level again but Murray, with the vocal encouragement of a partner who gave Tomas Berdych the benefit of her interesting vocabulary during the 2015 Australian Open semi-finals, was keen to agree that their family has always meant more to him than any tennis match.

Nevertheless, at 32, he has no plans to retire and it is obvious to those close to him and others who wonder at a distance that the game still has him in its grip. I have watched nearly all his big matches stretching back to 2004 and, while trying to read Murray’s mind can be an exercise in futility, he looks more content now than for a long time. If his health holds he will play as long as he thinks he can beat the best players in the world.

The evidence is growing. He has won 11 of his 18 comeback matches, most recently coming close against the world No 5, Dominic Thiem, and his eternal irritant, Fabio Fognini (12), before beating the three-slam title winner Stan Wawrinka in the Antwerp final. There are three other players, though, whom he desperately wants to beat.

Tennis is an obsession he shares with Novak Djokovic, father of two and playing through chronic elbow pain to win big titles at the same age, 33-year-old Rafael Nadal – who interrupted his schedule for one day last month to marry his long-time partner, Xisca Perelló, and 38‑year‑old Roger Federer, father of two sets of twins.

Nadal won all his eight matches to help Spain win the Davis Cup last week in Madrid, where Murray chose to retire after his win in the first tie, having drawn on fitness that dwindled in a complete five-week break when he came home from Antwerp.

The hip Murray had resurfaced in January to save his career throbbed after he toiled for nearly three hours to beat the little-known Dutchman Tallon Griekspoor last Wednesday, and a thigh strain was enough to persuade him that his brother, Jamie, doubles specialist Neal Skupski, the redoubtable Dan Evans and the inspired Kyle Edmund could carry on without him.

Those four got Great Britain to Saturday’s semi-final, where Murray and Skupski came desperately close to reaching the final for the second time in four years – but for the extraordinary tennis of Nadal, who virtually carried the 38-year-old Feliciano López in the deciding rubber.

Murray sat nervously on the bench throughout, having screamed like a banshee in the preceding singles, so nervous was he for his older brother – and Skupski, whose tennis all week was a revelation. But Murray might have spared a thought, too, for Nadal, whom he has known since he went to Spain at 15 to learn the game on clay in Barcelona. They are probably closest away from the court among the Big Four.

If the Spaniard can still win big after a career even more blighted by injury than his own, Murray will be encouraged to believe it is worth carrying on for a while yet. When I asked him if he thought they might all be nearing the end of their commitment when they meet in Tokyo next July for the 2020 Olympics, he was not convinced, especially about Federer, who has been performing to full houses all over South America on an exhibition tour that will probably add $50m to his considerable fortune.

They are all good family men – but tennis is their mistress. It often seems each of them is waiting for one of the others to be the first to walk away after a rivalry that has kept most of their counterparts out in the cold for 15 years. That hegemony is changing, but slowly.

How they manage their hectic lives is remarkable. They have the wealth to do it, of course, but it is a task few know about, flying up to 50,000 miles a year in pursuit of one more title, one more chance for bragging rights between themselves. Whether Murray is able to join the other three in the final weekend of a grand slam tournament again nobody knows – not even him. Indeed, he revealed he had briefly wondered about the viability of his steady but unspectacular return as recently as September, when he began his Asian swing in Zhuhai.

As Nadal said when he arrived in London a couple of weeks ago for the ATP Tour Finals: “On Wednesday I flew to Kazakhstan [where he played Djokovic in a charity match], and Thursday late night I arrived here. I take my weeks off during the season. In the world of tennis, you have to find your priorities.”

The challenge they share is what to do when they get off the merry-go-round. Murray says he had a glimpse of that in two enforced sabbaticals – in 2013 when he gambled on a back operation to save his career, and after Antwerp, his first singles success in nearly two‑and‑a‑half years. Certainly, his golf will improve.

He will spend more time at home with Kim, their month-old son, Teddy, and daughters Sophia and Edie before picking up his medicine ball again to get ready for Australia, where the merry-go-round he has been on for a decade and a half is waiting for him. This time Berdych, who retired two weeks ago at 34, will not be in Kim’s firing line. Gone too are David Ferrer, 37, Marcos Baghdatis, 34, Nicolás Almagro, 34, Janko Tipsarevic, 35, and Víctor Estrella Burgos, who is a year older than Federer.

One by one Murray is waving them goodbye, probably with Kim tugging at his sleeve to come inside and change a nappy or two.