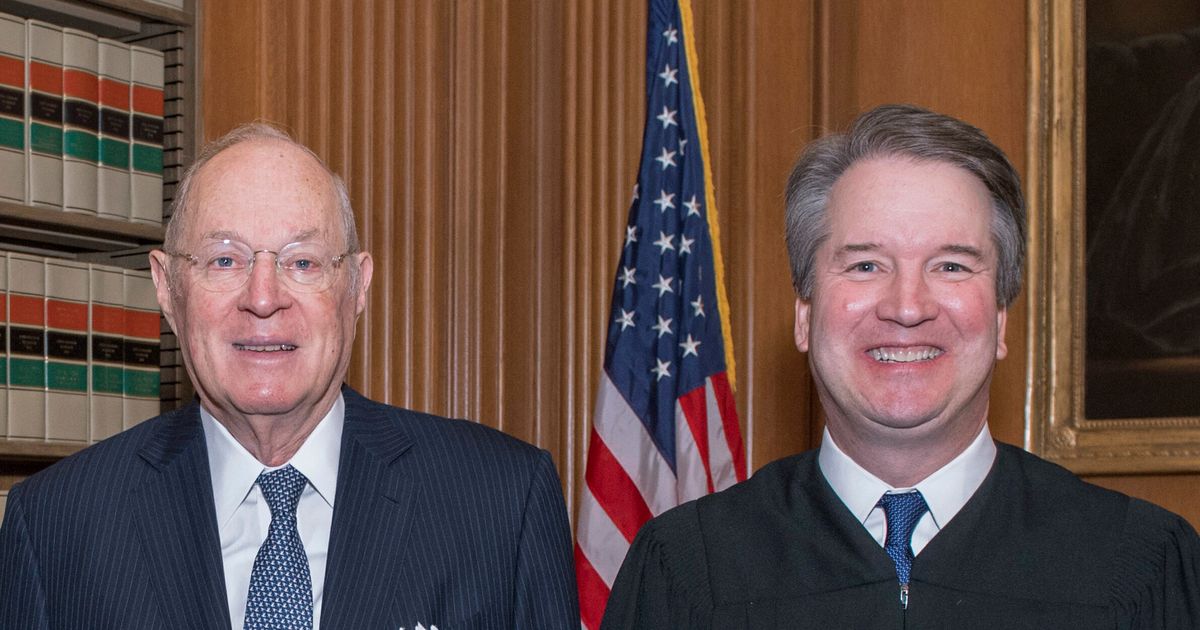 Former Supreme Court Justice Anthony Kennedy personally lobbied President Donald Trump to add Brett Kavanaugh to his list of potential replacements when he was preparing for his retirement, according to a new book set to be released next month.

The Washington Post first reported details of a secret meeting between Kennedy and Trump in 2017, shortly after the then-justice swore in the president’s first appointee to the nation’s highest court, Neil Gorsuch. During the conversation, Kennedy reportedly told Trump he should consider adding Kavanaugh, one of his former clerks, to his list of potential nominees. Kavanaugh hadn’t been on Trump’s first two lists of candidates.

The account will be published in Washington Post editor Ruth Marcus’ forthcoming book, “Supreme Ambition: Brett Kavanaugh and the Conservative Takeover,” which will be released on Dec. 3.

Trump ultimately chose Kavanaugh as his second Supreme Court nominee, although the battle over Kavanaugh’s confirmation became one of the biggest flashpoints of Trump’s tenure in the White House up to that point. The judge’s nomination was highly contentious after his former schoolmate, Christine Blasey Ford, came forward with allegations that Kavanaugh sexually assaulted her at a party when they were growing up.

Kavanaugh denied the allegations, breaking down in tears at times and angrily defending himself during his confirmation hearing. He was later confirmed by a near party-line vote of 50-48 in the Senate in 2018.

Marcus also wrote that Kavanaugh had significant backing within the White House as Trump was considering the potential replacements for Kennedy’s seat. Both then-White House counsel Don McGahn and former President George W. Bush reportedly advocated behind the scenes for the judge.

The author also wrote that an anonymous source told her Kavanaugh “had the most intense lobbying campaign inside and outside the White House.”

“He had the biggest batch of fierce defenders I’ve ever seen in any kind of political fight in my life,” said the source, Marcus reported.

That support for Kavanaugh was not universal, Marcus wrote, as some wondered if Kavanaugh wasn’t conservative enough. Others, including Trump’s daughter Ivanka Trump and son-in-law Jared Kushner, strongly advocated that the president choose another candidate after Ford’s allegations were made public.

But Trump stood his ground and has continued to tout his tapping of Kavanaugh at campaign rallies as one of his most notable accomplishments in office.

Read the Post’s full story on the book here.