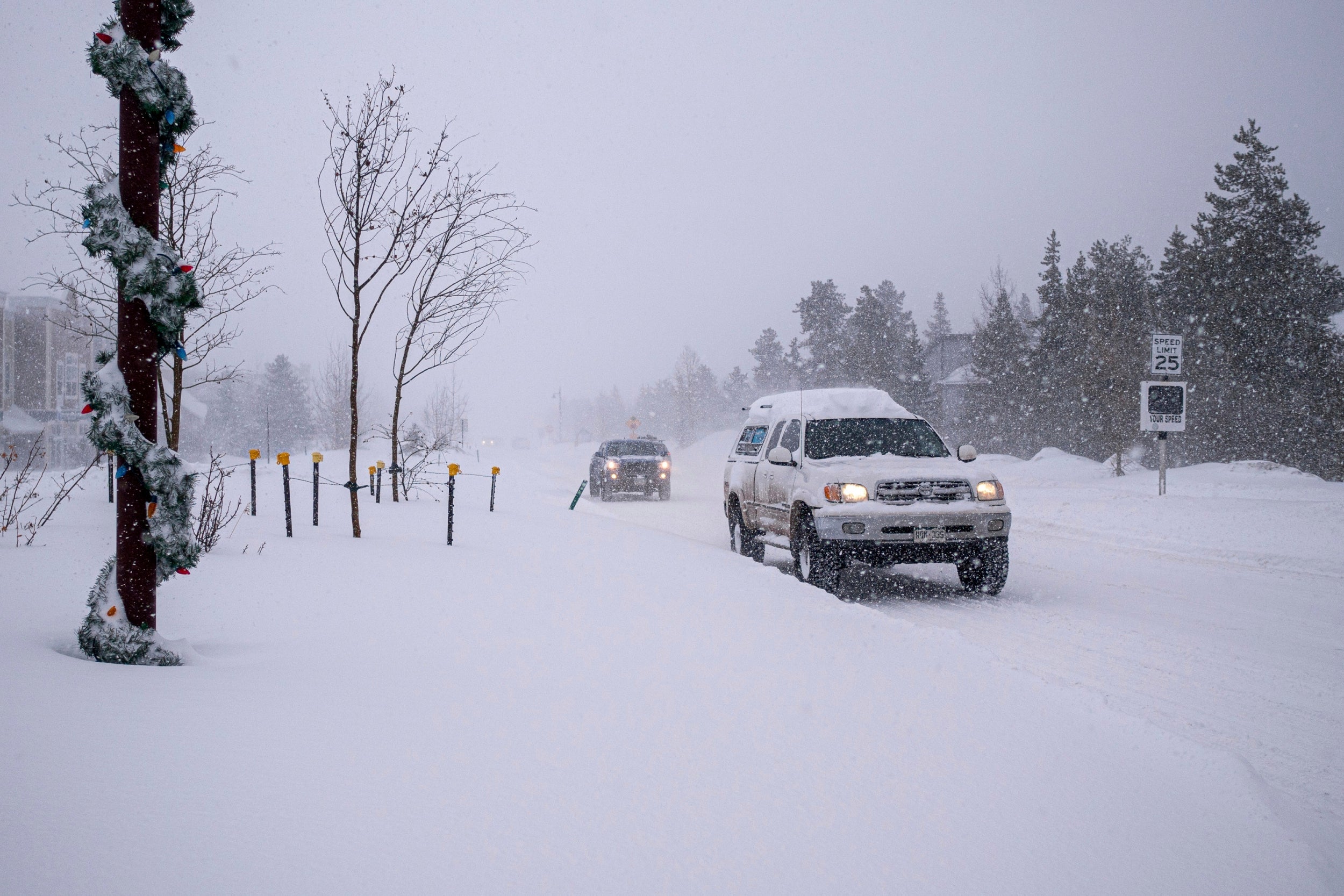 At least seven snow squall warnings have been issued in Colorado after a cold front moved into the state on Monday.

CBS4 reported that the first warnings were issued at around 8am in the Fort Collins, Loveland, and Greeley areas, forecasting a dangerous squall causing binding snow.

It is said that the areas saw about a half-inch of snow with winds of over 50mph.

CBS4 also said the cold front causing the squalls is associated with a winter storm moving into Colorado.

The warnings indicate the likelihood of sudden heavy snowfall along with strong winds.

CBS4 advised that by Tuesday temperatures would likely fall below freezing in many areas of Colorado.

The National Weather Service (NWS) states that squalls move in and out quickly, and typically last less than an hour.

Squalls can be highly dangerous for motorists as a result of gusty winds, falling temperatures and quick reductions in visibility.

The NWS warns that the sudden white-out conditions combined with falling temperatures can produce icy roads in just a few minutes and can lead to serious high-speed accidents.

Snow squall warnings were introduced by the NWS in November 2018 to help rapidly warn drivers of squalls to avoid severe road accidents.