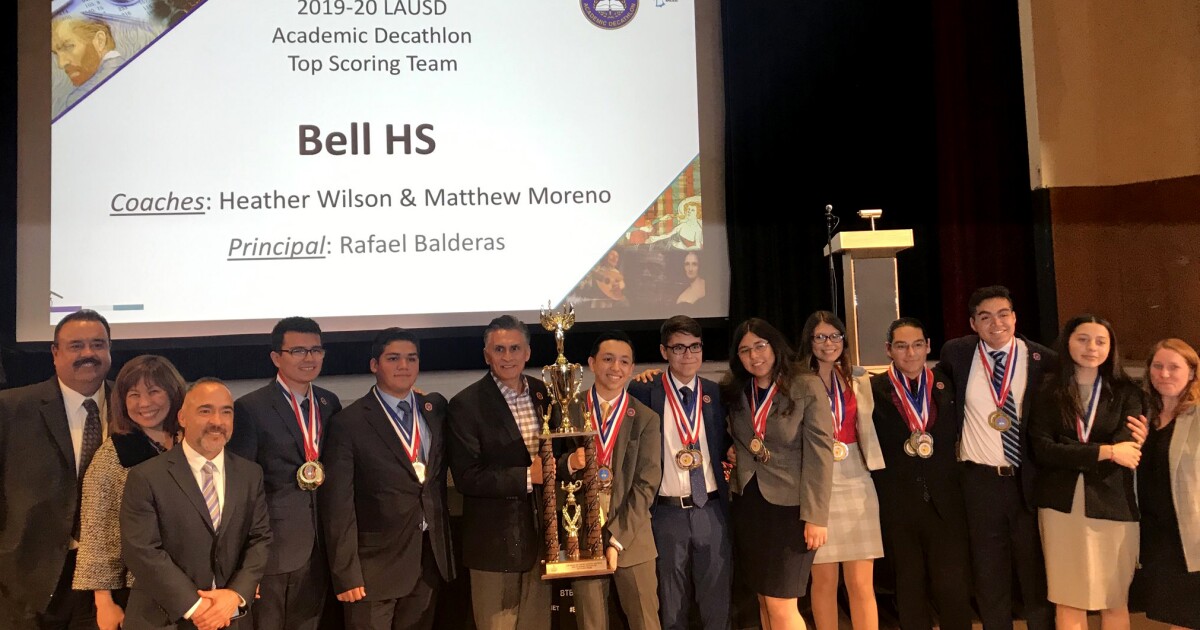 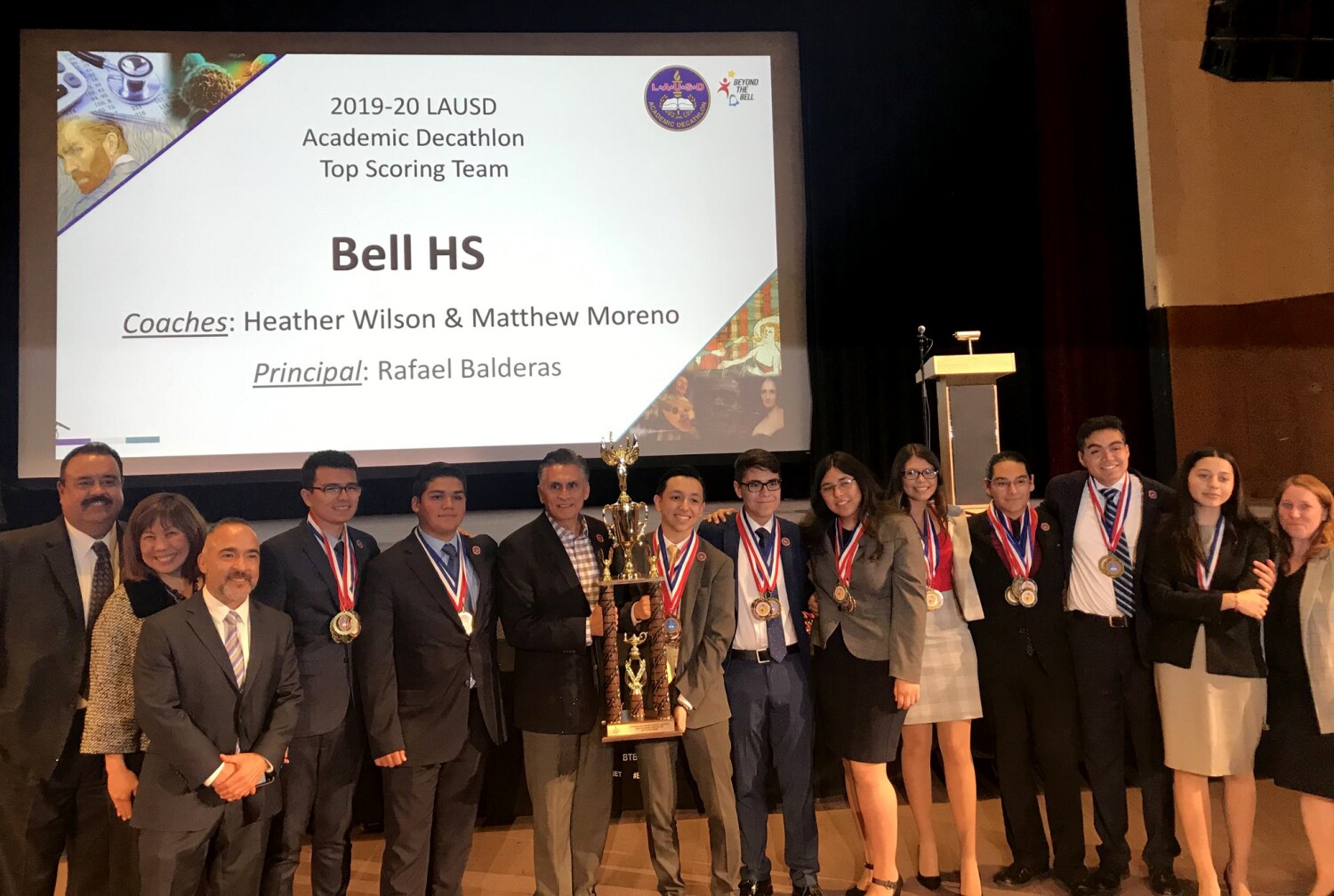 Bell High School has won the 2020 Academic Decathlon for the Los Angeles Unified School District, a first for the team from the working class and immigrant-rich community in southeast Los Angeles County.

District officials announced Bell’s victory Saturday at Hollywood High School, a week after the school finished first in one of the final phases of the competition, the Super Quiz.

Senior Ben Bryant of Marshall took home the trophy as the high point winner in the competition, an honor he also won last year.

Bell came out on top of 55 teams in the competition, which focused on the study topic, In Sickness and in Health: An Exploration of Illness and Wellness.

Top teams move on to the state Academic Decathlon in Sacramento from March 26-29.