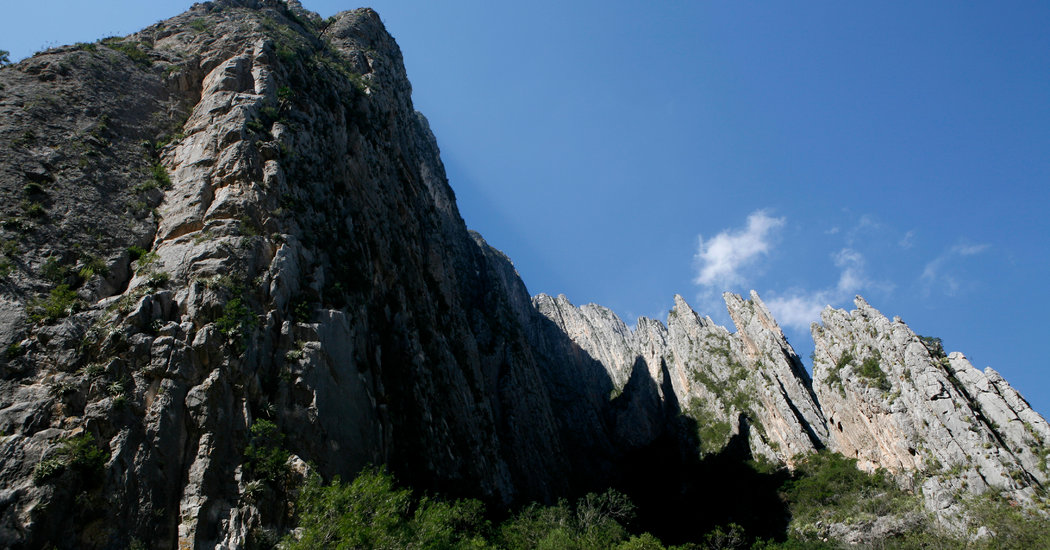 Mr. Gobright, 31, fell to his death on Wednesday while climbing a rock known as El Sendero Luminoso, or the Shining Path, in the Potrero Chico national park in northern Mexico, the Mexican civil defense authorities said in a statement on Thursday.

Mr. Gobright, a native of California, was hailed as one of the world’s best free solo climbers, a technique that uses no ropes. He set a speed record in 2017 — 2 hours 19 minutes 44 seconds — at the popular climbing route called the Nose on El Capitan in Yosemite National Park. It has since been surpassed.

On Wednesday, he was rappelling with a climbing partner, Aidan Jacobson, when he fell. Mr. Jacobson survived the fall but sustained several injuries.

“It was basically a blur,” Mr. Jacobson, 26, told Outside Magazine. “He screamed. I screamed. I went through some vegetation, and then all I remember is seeing his blue Gramicci shirt bounce over the edge.”

A civil responder who participated in the rescue effort and posted Facebook pictures of Mr. Jacobson in an ambulance said the climber had injured his right ankle.

Practitioners of free solo climbing say it is a risky yet exhilarating experience, one that comes with a calm acceptance of death.

“The risk in free soloing is always to fall off and fall to your death,” the renowned free solo climber Alex Honnold told The New York Times in 2018. “I mean, that’s pretty straightforward.”

In a message posted on Instagram on Thursday, Mr. Honnold praised Mr. Gobright’s “insanely strong fingers” and said the climbing world had “lost a true light.”

Other styles of climbing have had their share of tragedy. In 2017, Ueli Steck, a renowned mountain climber known as “the Swiss Machine” for his rapid ascents of imposing peaks, died in an accident at a camp near Mount Everest.

In 2015, Dean Potter, a top rock climber, was killed along with two other men in a BASE-jumping accident at Yosemite National Park in California.

A college dropout, Mr. Gobright had dedicated his life to climbing, touring in the United States and living in a Honda Civic.

“I enrolled Brad in soccer when he was 5,” his mother, Pamela Gobright, told Rock and Ice Magazine in a 2015 profile of the climber. “But he just climbed the goal posts instead of following the ball.”

In his last Instagram post, posted this month after a climbing trip in Utah, Mr. Gobright wrote, “At times things got very chaotic, but at other times it was calm and silent as I stared off into the vast openness.”