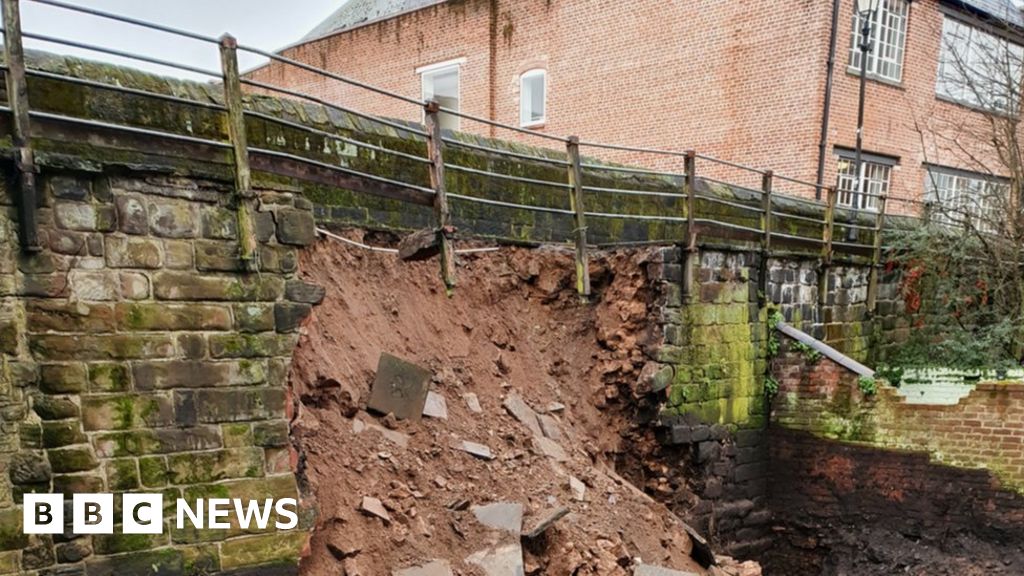 Part of Chester’s historic city walls have collapsed after digging work by developers.

Cheshire West and Chester Council said a section of the wall fell on Thursday evening, causing development to be suspended.

“Early indications appear to show that earth was removed from the bottom of the city walls,” a spokesman said.

The collapse took place behind Newgate Street near to the walkway leading from the Grosvenor Shopping Centre.

A council spokesman said: “A section of Chester’s city walls collapsed last night after excavations being carried out by a private developer, working alongside the historic structure, compromised the integrity of the ancient monument.

“The removal of too much earth exposed a section of bare foundations.”

Councillor Karen Shore, deputy leader and cabinet member for environment, highways and strategic transport, said the council was taking the collapse “very seriously” and would ensure a thorough investigation was carried out.

“I am thankful that no-one has been hurt as a result of this collapse and our priority will continue to be public safety,” she said.