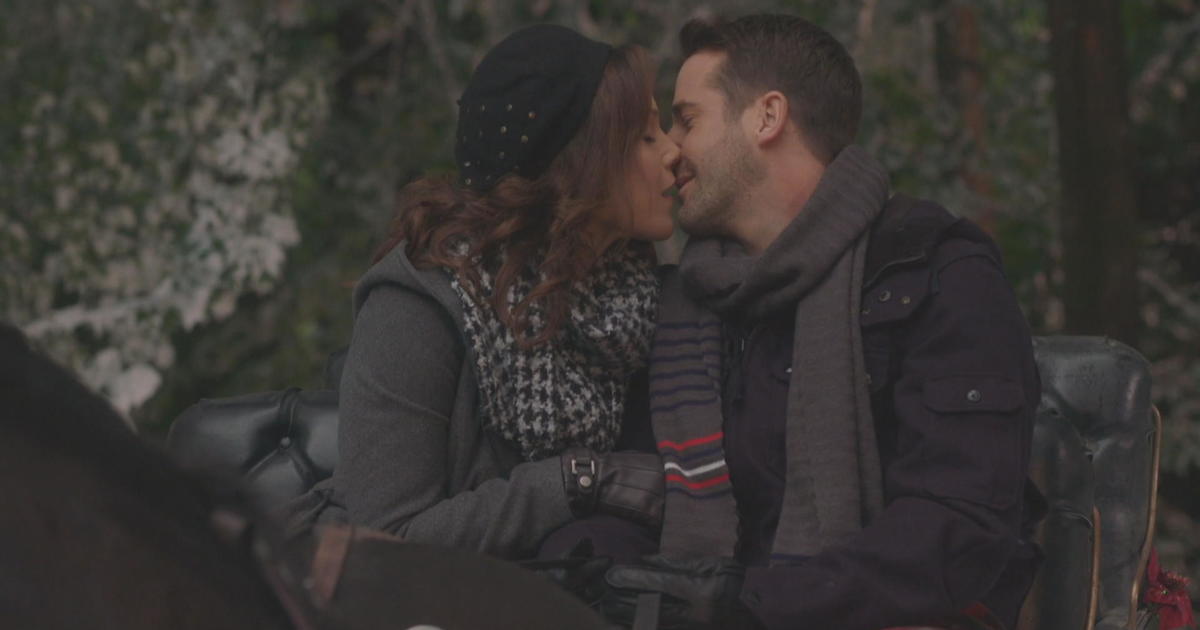 
Thanksgiving marks the unofficial kick-off of the holiday movie season, but for die-hard fans, it started weeks ago. Lifetime and Hallmark began premiering Christmas movies in October. Between those two networks, there will be 70 new holiday movies out by New Year’s Day.

If you want to be the envy of thousands of women, just walk through “ChristmasCon” with this year’s holiday movie heartthrob, Jonathan Bennett.

And if Bennett is the king, Lacey Chabert is the queen. Bennett and Chabert both starred in the 2004 hit movie, “Mean Girls,” but these days they’ve found a home in holiday movies. Their festive fans came to Edison, New Jersey, for the first ever ChristmasCon, to see them and more than a dozen other stars.

The 9,000 tickets for the Hallmark-sponsored event sold out in a flash. Passes for all three days cost $75, but that doesn’t include the price of a photo with a celebrity.

Jim Deangelo said watching the movies is part of his holiday season routine.

There is no denying the growing popularity of Christmas movies. Since its holiday season launch on October 25, Hallmark says it has reached more than 40 million total viewers, making it the highest-rated and most-watched channel on cable. Hallmark is putting out a record 40 movies this year. Lifetime is also premiering 30 new holiday movies, and Netflix is creating six.

The merry movies seem to fit a formula; a woman falls in love with a handsome small town man, and even with some bumps along the way, they end up together. But fans we spoke to said it’s not about the plot.

“We enjoy the good feel that they give you, the joy and the happiness that it brings,” Kathryn Bedingfield said.

Bedingfield and Jane Cullen, a mother-daughter duo, came from Kentucky and said they watch around 100 Christmas movies a year. They even traveled to a town in Georgia where one of the movies was filmed and retraced the steps of the couple in one film.

“We all celebrate Christmas, we come in different shapes, colors, sizes, so it’s very important for the movies and the content to reflect the people that are watching,” Peete said.

Lifetime told CBS News that, “diversity and inclusion are of the utmost importance.” Hallmark said it was “committed to telling stories and developing characters from a diverse range of lifestyles and backgrounds.”

Variety senior film writer Matt Donnelly said as diversity behind the camera increases, he expects it to be reflected on screen as well.

“Christmas is not just about religion. It’s… an American pastime,” Donnelly said. “There’s something really irresistible about a happy ending and a Christmas tree.”

Melissa Joan Hart is the lead in several Christmas movies.

“I think the Christmas movies do what sort of Shirley Temple did in days of the Depression, like give you an escapism, a place to go,” Hart said.

The ChristmasCon founders said they’ll be back next year, and in Los Angeles next summer.