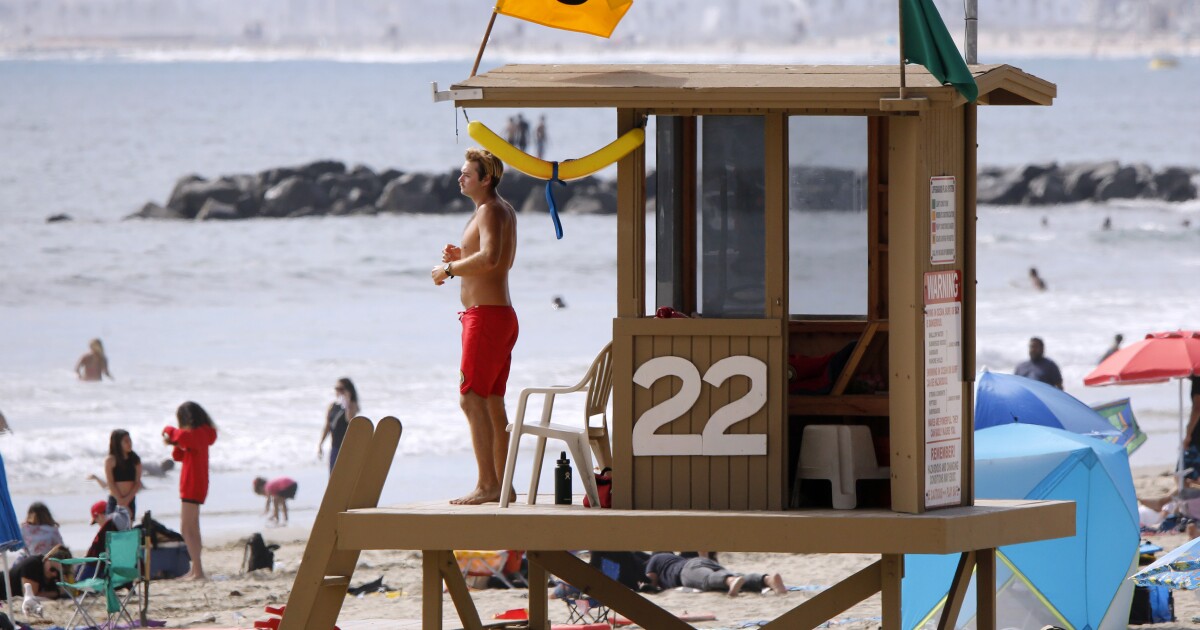 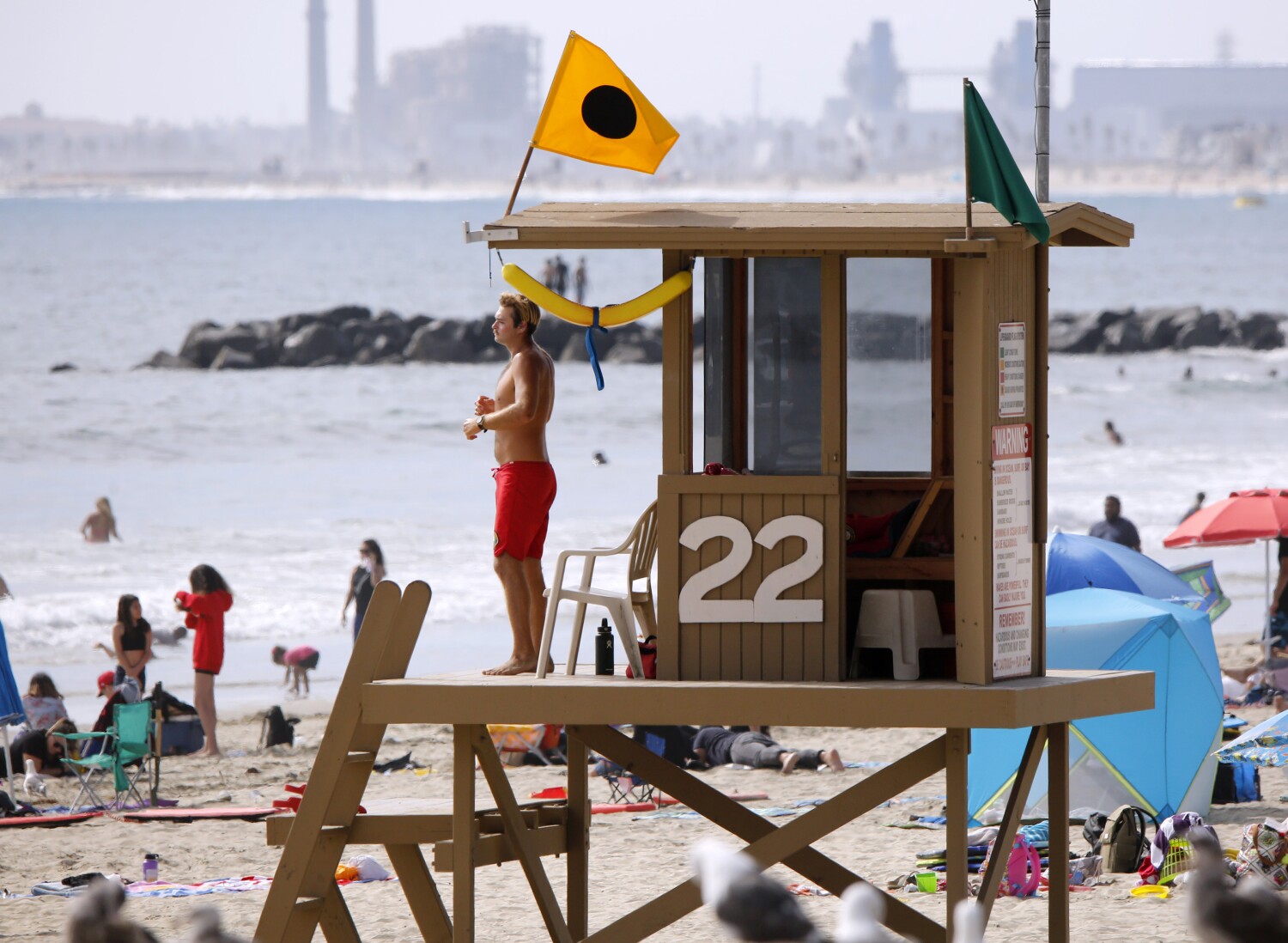 The number of people hospitalized with coronavirus in California has jumped 56% in the last two weeks, an alarming sign of how rapidly COVID-19 is spreading and the intense pressure it’s putting on the state’s medical infrastructure.

Coronavirus cases have surged over the past weeks, hitting four daily records in the last two weeks and prompting officials to order the shut down of indoor restaurants and bars in much of the state. There is growing concern over the July 4 weekend because officials fear social gatherings could bring even more outbreaks.

The number of people hospitalized with confirmed coronavirus infection hit 5,196 Tuesday across the state. Just a week ago, there were 4,047 people in hospitals, and a week before that, there were 3,337.

Some counties, including San Bernardino and Riverside, say their hospitals are close to surge capacity, and officials were prepared to open additional overflow facilities as more patients need care.

Los Angeles County has not eclipsed its highest daily total of confirmed COVID-19 hospitalizations, which crested on April 28 with 1,962 patients, but it’s getting close: On Tuesday, there were 1,893 patients with confirmed infections in L.A. County hospitals; two weeks earlier, there were 1,429.

Coronavirus testing is becoming a growing challenge in Los Angeles and beyond.

As of Wednesday, there were no available appointments at county- or city-run test sites. Officials had warned that testing would be limited this week due to the upcoming holiday weekend, but in recent weeks, getting a test has already proved to be a challenge. Last week, appointment slots filled up amid officials’ ongoing calls for residents to get tested.

Dr. Christina Ghaly, L.A. County’s director of health services, said Wednesday that the demand for testing has increased and that more slots would be added Friday. The county plans to expand testing to areas most affected by the virus, and Ghaly said individuals who have symptoms, work in high-risk settings or have come into contact with someone known to be positive are most in need of testing.

If someone experiencing any of those factors cannot get tested through the county- or city-run sites, Ghaly encouraged them not to wait and to instead contact their medical provider.

“This is a time for universal caution,” she said.

The rate at which coronavirus tests came back positive were even higher in L.A. County; it’s now at 8.4%, in comparison to 4.6% in late May.

L.A. County officials Wednesday announced 32 additional coronavirus-related deaths and more than 1,700 new cases for the fourth day in a row. In a change in policy for gyms, staff and customers at fitness facilities will now be required to wear cloth face coverings and gloves at all times.

As several clusters of cases have been linked to gatherings, officials have encouraged people not to congregate in crowded or confined settings and not to meet up with people outside your household over the holiday weekend.

Despite the fact that people are ignoring the county order and gathering, Ferrer said there are no immediate plans to offer guidance for how people can more safely mingle with people outside their households in so-called social bubbles, as has been done in some Northern California communities.

That said, Ferrer added that county officials are preparing guidance documents for when people can safely mix again. But at this point, officials are focusing on the need for people to minimize exposure.

“Unfortunately, our numbers, actually, at this point in time, really warrant us not to get into these expanded bubbles,” Ferrer said. “I would really encourage people to get back into your household bubble, at least for the next couple of weeks. We’re really at a pivotal point.”

She added: “If we can’t find a way to minimize our exposures … we will continue to see the rise in cases. We’ve got to do something right now to get us back to a more level ground.”

In Orange County, officials announced bars will be forced to shut down again beginning at midnight Thursday.

But there remains debate about how many beaches will be opened during the July 4th weekend. Laguna Beach officials voted Tuesday to close city-operated beaches. The city had previously canceled its fireworks show in an effort to thin crowds but took the issue a step further after Los Angeles County closed its beaches and residents began expressing concerns over a possible influx of beachgoers.

Newport Beach is putting its beaches under a hard closure on the Fourth of July after two lifeguards have tested positive for COVID-19. Twenty-three colleagues are in quarantine. One of them is showing symptoms and hasn’t been tested yet. Seal Beach has also ordered its beach and related facilities closed. Huntington Beach was still deciding whether to keep its shores open.