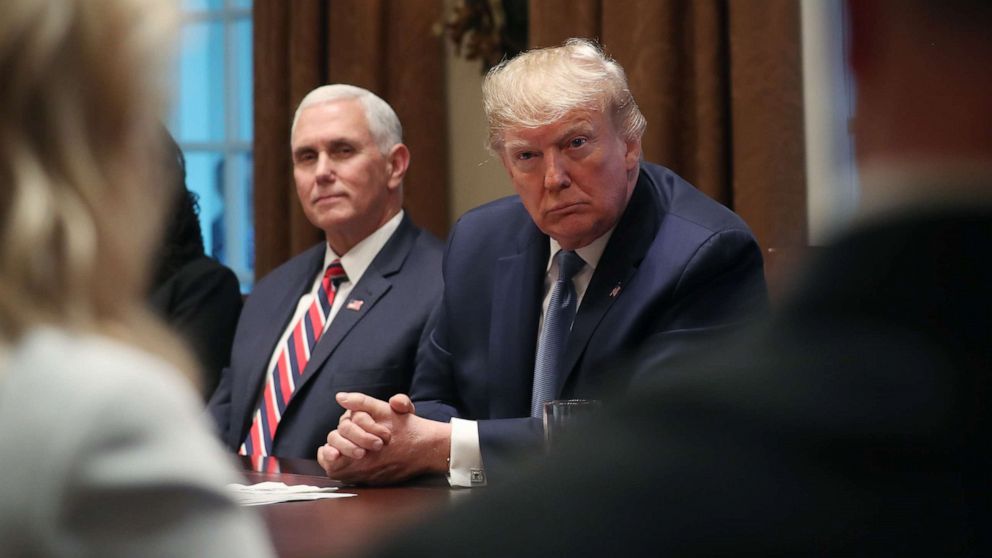 The charges are expected to focus on obstruction and abuse of power.

Democrats are expected to unveil at least two articles of impeachment against President Donald Trump at a 9 a.m. news conference Tuesday, according to multiple Democratic sources familiar with the matter.

While the charges have not been finalized, they are expected to focus on obstruction and abuse of power.

The House Judiciary Committee is expected to publicly take up the articles for debate and approval as soon as Thursday, though the panel has not yet sent notice of a meeting.

Judiciary Committee staff worked late into the night Monday over Chinese food to finish preparing the charges against the president, which Democrats are expected to take to the floor for a vote as soon as next week, ahead of the Christmas recess.

Democrats on the House Judiciary panel plan to gather at 8 a.m. Tuesday to review the charges ahead of their public unveiling.

On Monday, in closing arguments, Democratic lawmakers called attorneys from the House Intelligence and Judiciary committees to present evidence from the Democrats’ Ukraine investigation and to argue that Trump abused his power by pressuring Ukraine to launch investigations that could benefit him politically, specifically against former Vice President Joe Biden and his son.

Republican lawyers from the same House panels argued against the Democrats’ impeachment efforts and defended the president’s actions at the center of the impeachment inquiry.

Nadler concluded the nearly 10-hour hearing with a summation of the arguments: “The fact are clear. The danger to our democracy is clear and our duty is clear.”

“President Trump violated his oath to the American people and placed his own private interests ahead of our national security, and constitutes a threat to our election and government,” Nadler continued. “Such conduct is impeachable.”