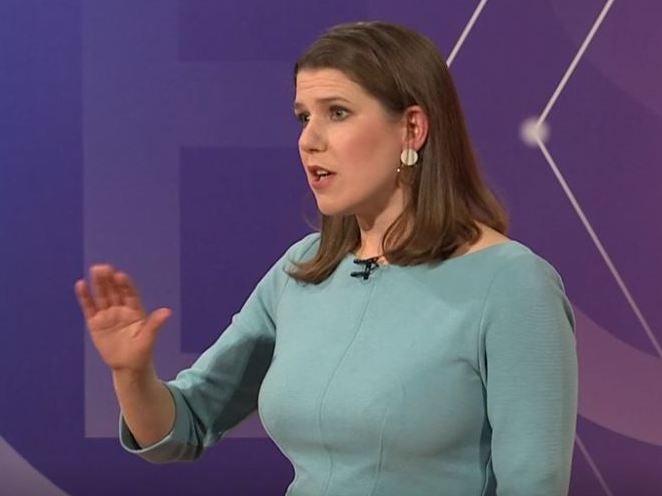 Liberal Democrat leader Jo Swinson is intensifying her assault on Boris Johnson in a speech in which she will accuse him of repeatedly lying and dragging the office of prime minister “through the mud”.

A day after launching a poster campaign accusing the PM of “lying to the Queen”, Ms Swinson will return to the attack with a warning that voters cannot trust anything he says.

The focus on Mr Johnson comes after Lib Dems pivoted their general election campaign away from claiming that they could form the next government and onto a pitch that a vote for Ms Swinson’s party is the best way of preventing a Conservative majority government that would deliver a hard Brexit.

In a speech in London on Thursday, Ms Swinson will say that Mr Johnson’s whole life has been about becoming Prime Minister “not out of some deep-seated desire to make people’s lives better, but out of some sense of Etonian entitlement”.

She will say: “Boris Johnson only cares about Boris Johnson. And he will do whatever it takes, sacrifice whatever is needed, to get what he wants.

“This is a man who decided which side to support in the EU referendum by game-playing whether it would get him the keys to Number 10.”

Ms Swinson will add: “You cannot trust a word Boris Johnson says. The man will say anything if it means getting what he wants.

“He lied to the three million other EU countries’ citizens in the UK when he told them he would guarantee their right to stay.

“He lied when he said that no Conservative prime minister would ever put a border down the Irish Sea.

“He lied when he said over and over that we would leave the European Union by 31 October.”

“He lied when he said he would rather be dead in a ditch than ask for an extension to Article 50.

“Well, there might not be a ditch, but Boris Johnson has dragged the office of prime minister through the mud.”

Stressing the qualities which voters should look for in a politician, Ms Swinson will say: “What matters the most – and is almost impossible to learn – is caring.

“Caring about the people in your community and in your country, so that your decisions are based on what you genuinely believe to be best for them.

“I say it is impossible to learn, which perhaps is just as well as I am not sure Boris Johnson has time for lessons on caring alongside his technology lessons.”