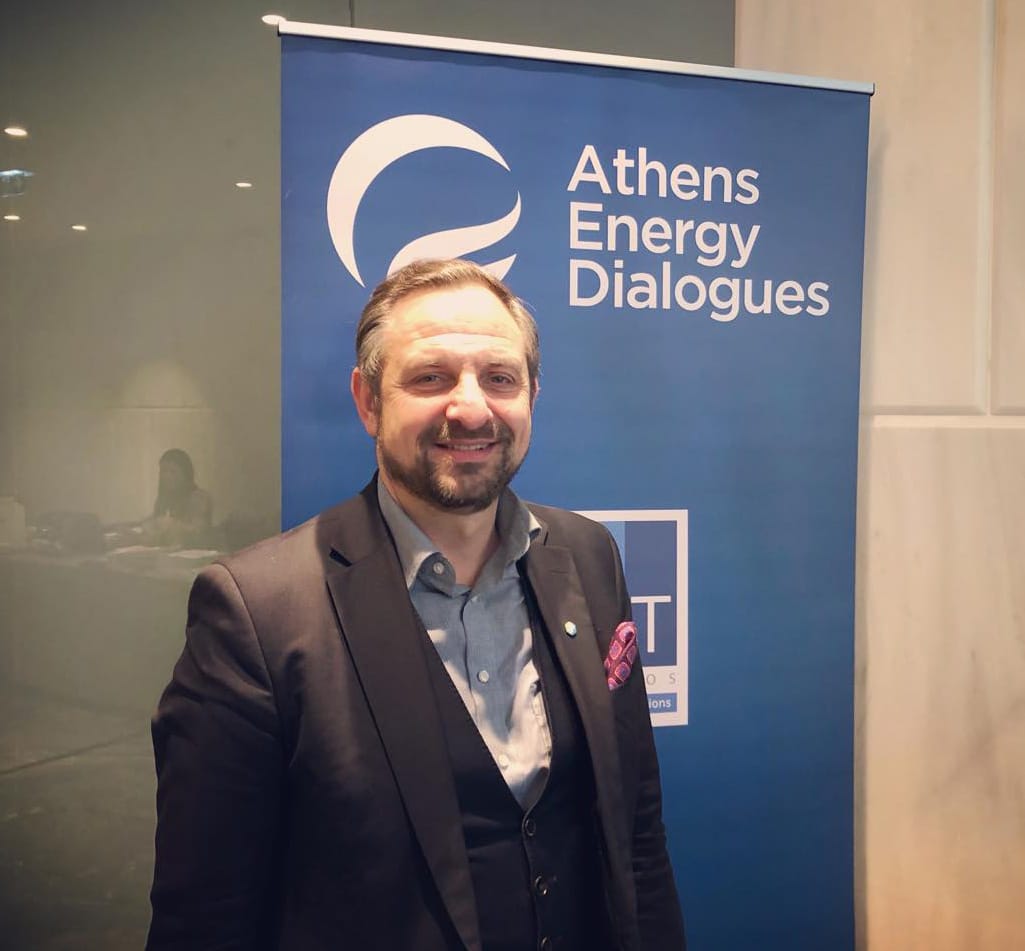 ATHENS – The Commitment of the new European Commission to a clean energy transition that includes an important role for hydrogen is very clear, a former German MEP and now Hydrogen Europe Secretary General Jorgo Chatzimarkakis told New Europe on 23 January.

European Commission First Vice-President Frans Timmermans said in November last year that clean hydrogen can play a pivotal role for in EU energy transition. “Who do you think made Mr Timmermans understand that hydrogen is important. Of course, we did. Why? Because there are a lot of studies so far done by the Commission that show that a transition to a zero-emission economy can be done also with other technologies. However, it’s not affordable, that’s the problem,” Chatzimarkakis said in an interview on the sidelines of the Athens Energy Dialogues. “The problem is that you don’t have the plentiful supply of elements and, secondly, you cannot afford it whereas hydrogen seems to be very expensive right now but the truth is that the economies of scale will very, very soon need a price fall,” he added.

On 20 January, the Hydrogen Council came with a latest study on price development. “Once you go in that direction, as in every technology, prices will fall dramatically. And that’s what we see. Of course, electricity will be always the prime partner, but we cannot go to more than 20 percent of energy use by electrons. It’s very, very demanding. So, it’s better to green electrons, which is simpler, but also to green the molecules – that’s our job and we’re doing that,” Chatzimarkakis said.

He explained that there are different technologies to do that. One technology is the electrolysis which is based on renewable energy that is then fueling or powering the electrolyzers. The other one, is Carbon Capture and Sequestration (CCS), which very important for fossil energy producers because with this technology you can decarbonize the carbohydrate and you produce again hydrogen, Chatzimarkakis said.

Turning to the EU Green Deal unveiled by European Commission President Ursula von der Leyen, Chatzimarkakis said fighting climate change has become a global concern. “That’s the methodology of democracy. If people see the Australian fires and they feel threatened, they will show it with the election so that’s why politicians will react,” he said.

“The commitment of the Commission is so clear. I could see from the speeches of Ursula von der Leyen … she was elected because of the Green Deal. She got the votes because she bet on the right issue. Now with Frans Timmermans, who is much more I would say Mr Green Deal than her. We have somebody who is a really strong politician and we should not underestimate. We could see already that after having talked to him, invited him, he made a very clear speech at our shareholder forum where he saw a pivotal role for hydrogen for the energy transition and a lot of things happened. Now we see that all departments in the Commission are interested in hydrogen, are really asking us, are knocking on our door,” Chatzimarkakis said. “But now we’re under pressure because we have to deliver.”

The Hydrogen Europe Secretary General argued that Europe has lost the battery game to Asian producers. “We need to catch up but it’s twenty times more expensive to catch up than invest in something new. That’s what Mr Timmermans said. He came to us and said: ‘Listen, in battery game is lost, in electrolysis – the making of hydrogen – we are number one in the world,’ which is true,” Chatzimarkakis said. “In clean hydrogen alliance we still have the chance to build a leading role worldwide.” Germany and the Netherlands are very strong in the process of building a hydrogen industry while Central and Eastern European states, especially the Czech Republic and Poland, are very committed. Asked about Greece, he quipped: “Greece is far, far away. But we will build now. Northern Greece, Egnatia Odos is keen on being the first hydrogen motorway and we will work on that.”