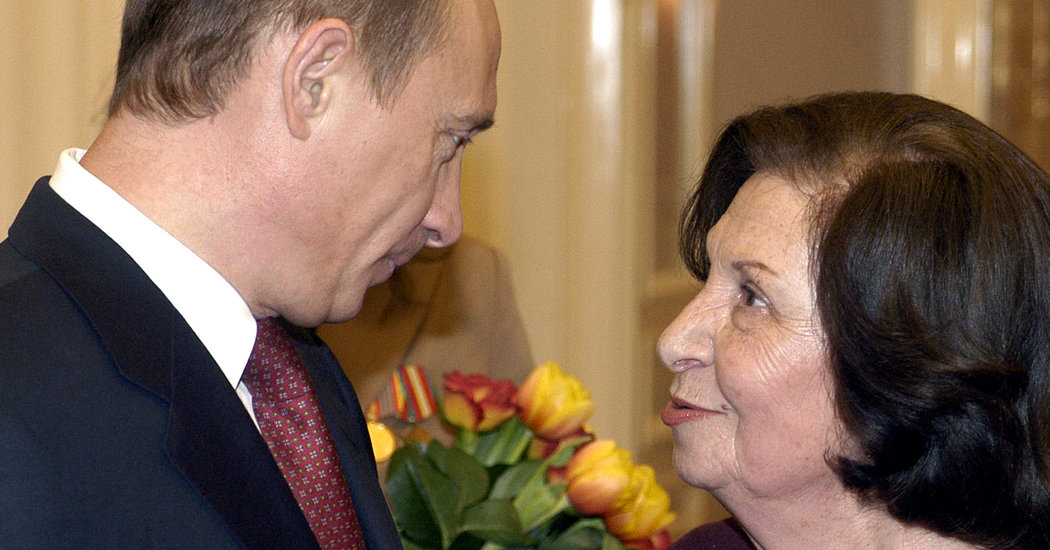 
Goar Vartanyan, a Soviet spy who forged a formidable espionage partnership with her husband and helped protect Stalin, Churchill and Roosevelt during their historic meeting in Tehran in 1943, died on Nov. 25 in Moscow. She was 93.

Russia’s foreign intelligence service, known as the S.V.R., confirmed the death in a statement last month to the news media, praising Ms. Vartanyan and her husband, Gevork Vartanyan, who died in 2012.

“He is a Hero of the Soviet Union!” the statement said. “She is the heroine of all his achievements! He passed away first. She passed away today.”

Without them, Kremlin spokesman Dmitry Peskov said, “the history of our world could have been different.”

The Kremlin did not specify how Goar Vartanyan (pronounced Go-AR Var-tahn-YAHN) might have altered the course of history. Nor did it provide any details regarding her accomplishments.

What is clear is that she and her husband were highly decorated Soviet agents who worked on numerous secret missions for 30 years in Europe, Asia and the United States. Ms. Vartanyan, whose code name was Anita, was still involved in active intelligence work when she died, the S.V.R. said.

She had a friendly relationship with the Russian president, Vladimir Putin. He regarded her as someone who had heroically served the Soviet intelligence service from which he later sprang, and they visited each other periodically.

She never revealed what they discussed and always remained mum about what exactly she did.

“I helped my husband a lot at work,” is all she said in a 2015 interview with RIA Novosti, the official news agency of the Russian government. “I participated in secret operations. Together we shared failures and joys.”

Among their missions was protecting the “Big Three” Allied leaders — the British prime minister, Winston Churchill; the Soviet premier, Joseph Stalin, and President Franklin D. Roosevelt — at their 1943 strategy summit in Tehran, where they discussed the timing for opening up a second front in the war against Germany.

The S.V.R. statement about Ms. Vartanyan’s death said that “in 1943 she took part in a group that carried out operations to provide for security of the Tehran conference.”

This was no small task. The summit marked a rare wartime trip for Stalin out of the Soviet Union.

Moreover, there were reports — at least from the Soviets — that the Nazis were planning to assassinate or abduct the three leaders under a plan they called “Operation Long Jump.”

Mr. Vartanyan told his own story about the plot in a 2007 interview with RIA Novosti. He said that he and his team in Tehran had foiled “Operation Long Jump” by exposing the Nazi agents and that Hitler then aborted the plan.

Mark Kramer, a historian of the Cold War at Harvard, cautioned in an interview that while Mr. Vartanyan’s account may bear “some connection to reality,” it came more than 60 years after the fact and without supporting evidence.

Based on his own study of declassified Soviet and British documents, Dr. Kramer said he believed that “Operation Long Jump” was a fiction concocted by the Soviets to enhance their image in the eyes of the British and American intelligence services.

“Even if the Germans did have a plan at some point,” he said, “there is no indication that it ever got to the operational stage.”

Goar Pakhlevanyan was born on Jan. 25, 1926, in Leninakan, now known as Gyumri, in what was then Soviet Armenia.

In the early 1930s she moved with her family to Tehran, where she met her future husband, Gevork, who was also originally from Armenia.

Goar met him when she joined an anti-fascist group that Gevork was leading. She spoke Armenian and he spoke Russian; they communicated in Farsi and soon learned each other’s language.

When she turned 16, she joined the Soviet intelligence service. She and Gevork were married four years later. (They would be married three different times as they took on new identities.)

By the middle of World War II, the pair had helped expose Nazi agents living in Tehran. They were thus well positioned to play a role in security operations during the 1943 summit — along with thousands of other Soviet agents.

“We know both of them worked in Tehran,” Dr. Kramer of Harvard said of the couple. “But what precisely they did and what their division of labor was is unknown and hasn’t been discussed accurately in the Russian press.”

After the war, the couple moved to the Soviet Union. The S.V.R. said they were involved in active intelligence work in “extreme conditions in many countries” but did not elaborate.

She retired in 1986 and continued to train young agents.

Upon her death, Sergey Naryshkin, head of the S.V.R., praised Ms. Vartanyan as “an example of wholehearted service to the motherland.”

“We will not forget what this seemingly fragile, but strong, courageous and selfless woman has done in covert intelligence,” he said in a statement.

She was buried in Moscow’s prestigious Troyekurovskoe cemetery, alongside her husband.