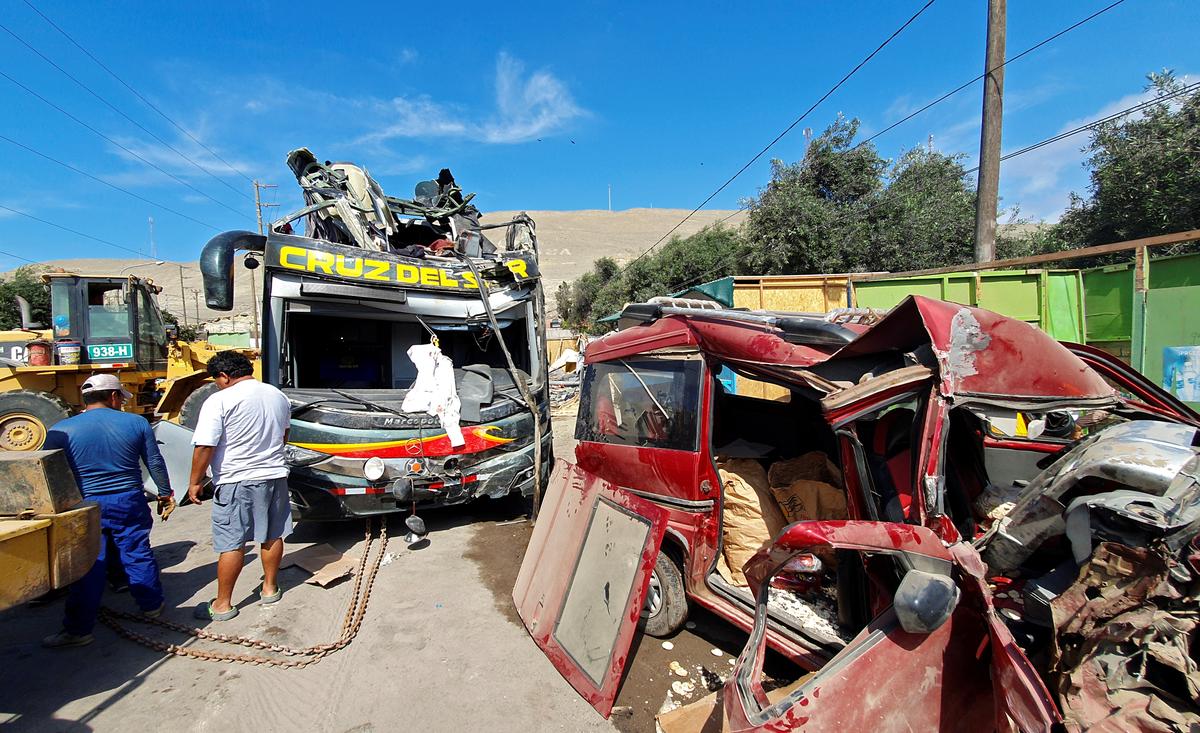 FILE PHOTO: Men stand near the wreckages of a passenger bus and a vehicle that collided and rolled over, leaving several victims, in Arequipa, Peru January 6, 2020. REUTERS/Javier Santiago

LIMA (Reuters) – At least 16 people, including two Germans, died in a crash in southern Peru on Monday after a bus collided with other vehicles and rolled over, local police said.

The accident also left 42 others injured, including two Brazilians and two Americans, Colonel Carlos López, a spokesman for the national police, told Reuters.

Cruz del Sur, the operator of the bus, said in a statement that the accident occurred early Monday morning when the bus was going around a bend and hit minivans that were at the edge of the roadway, causing the bus to roll.

The injured people were transferred to several hospitals in the area, it added.

The bus was heading from Lima to the city of Arequipa, located in the second most important region of the country.

Peru’s transportation supervisory agency (Sutran) said in a statement that the bus was traveling 106 km (66 miles) per hour in an area where the maximum speed permitted should have been 90 km per hour.

A spokesman for Cruz del Sur acknowledged the bus was traveling at that speed and that the company would investigate the causes of the accident.

Road accidents are relatively frequent in Peru, where many vehicles travel in poor condition through precarious roads and are operated by drivers without proper training.