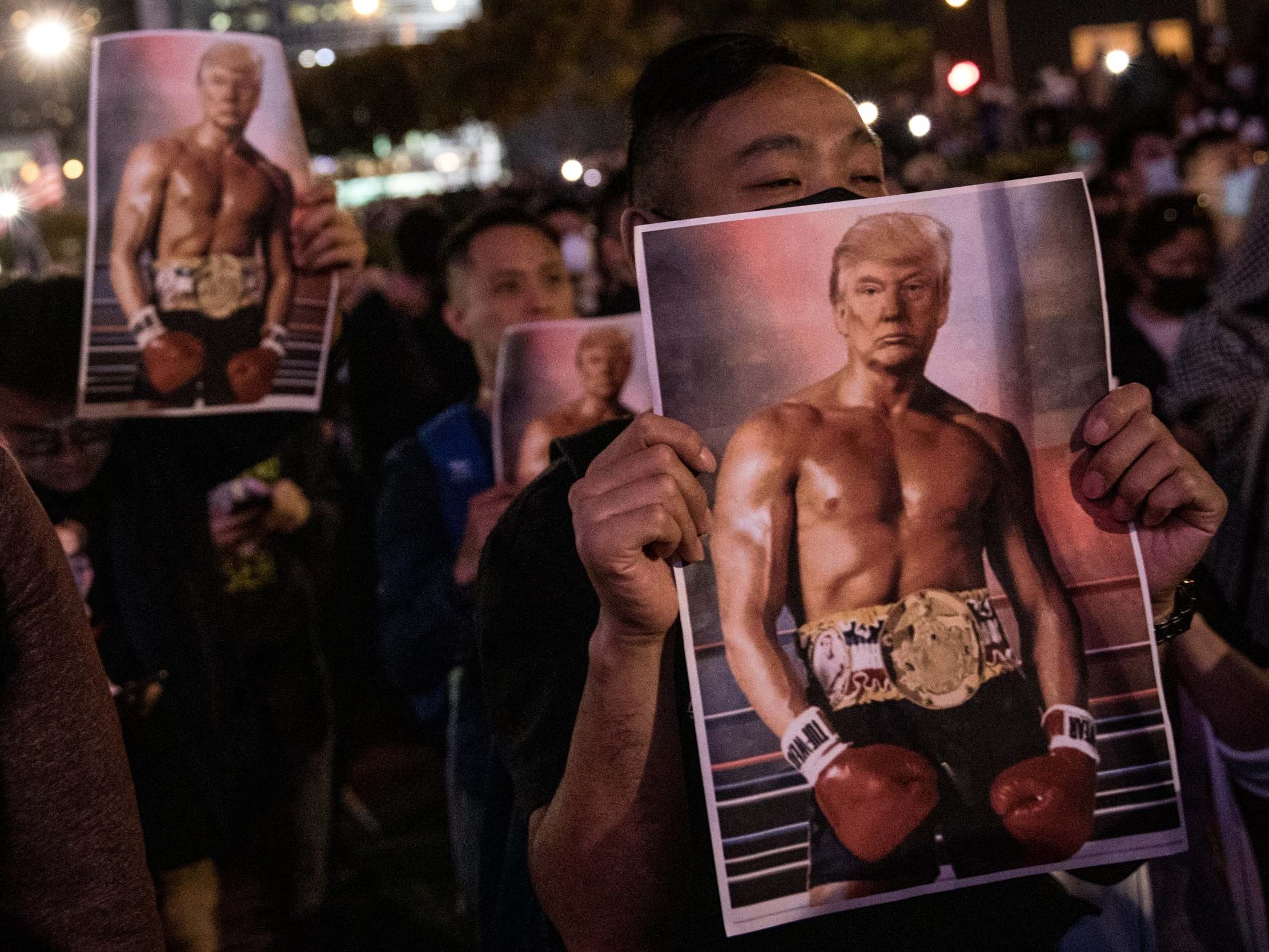 Protesters in Hong Kong waved posters of Donald Trump’s head superimposed on the shirtless body of Rocky actor Sylvester Stallone to thank him for signing a law supporting their cause.

Pro-democracy demonstrators draped themselves in American flags and sang the US national anthem while others held up the image showing the president’s expressionless face on fictional boxing champion Rocky Balboa’s bare torso during a Thanksgiving rally.

The president posted the image on Twitter on Wednesday after claiming a doctor once told him to show his “gorgeous chest” during an exam.

He told a campaign rally in Florida that the doctor said: “Take off your shirt, sir, and show us that gorgeous chest. We’ve never seen a chest quite like it.”

Thousands of Hong Kong citizens gathered to celebrate on Thursday after Mr Trump unexpectedly signed two bills which commit the US to conducting an annual review into the state of Hong Kong’s autonomy from mainland China.

Another bill bans US exports of rubber bullets, teargas and other crowd-control equipment to Hong Kong, following accusations that the police have put such measures to excessive use during the city’s six-month protest crisis.

Mr Trump said he signed the bills late on Wednesday “out of respect for president Xi [Jinping], China, and the people of Hong Kong … in the hope that [the] leaders and representatives of China and Hong Kong will be able to amicably settle their differences leading to long term peace and prosperity for all”.

However China reacted furiously, threatening “consequences” for the US president’s actions.

Beijing summoned the US ambassador on Thursday afternoon, urging the American government not to apply the new law.

The protesters are angry over creeping Chinese interference in Hong Kong that they say is eroding their rights promised when the former British colony returned to Chinese rule in 1997.

Since the unrest broke out in June, protesters have disrupted traffic, smashed public facilities and pro-China shops, and have been involved in clashes with riot police who have responded with volleys of tear gas and water cannons.

Hong Kong police have arrested 5,890 people as a result of the protests.