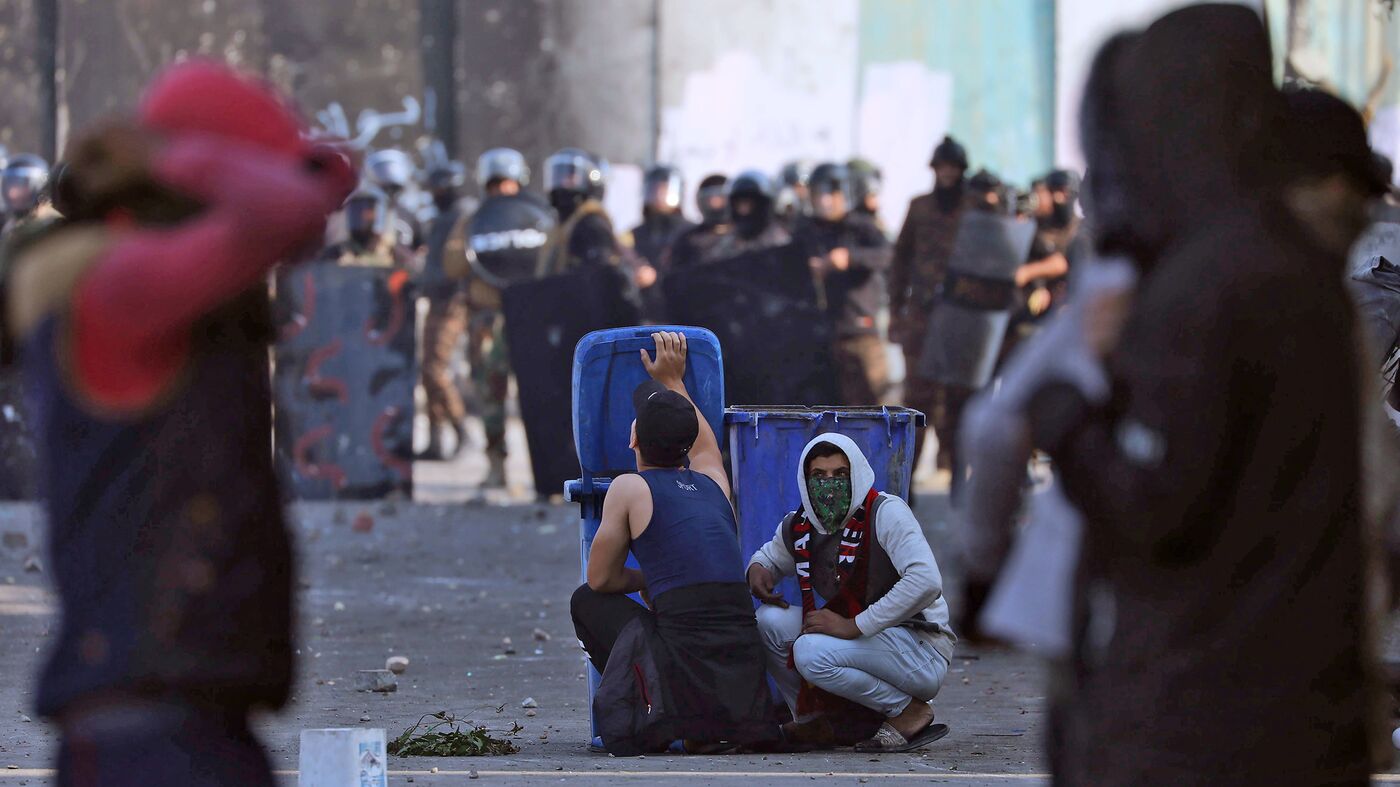 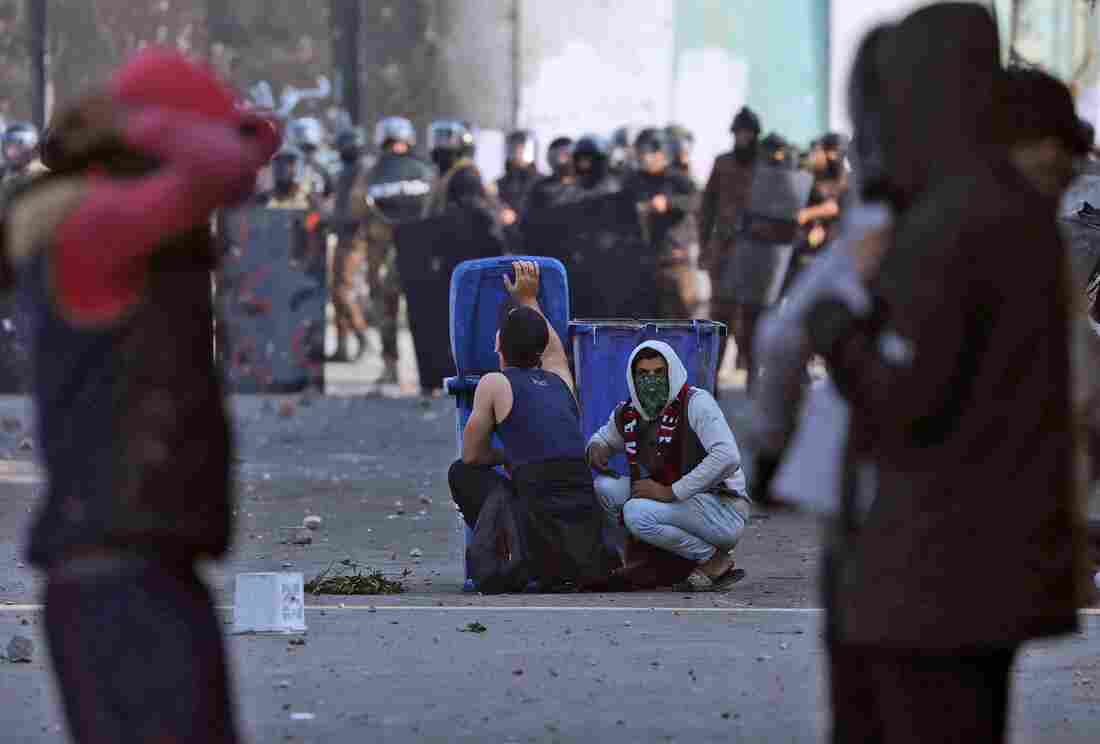 Iraqi demonstrators take cover from security forces behind trash cans during clashes in the city of Karbala on Thursday. 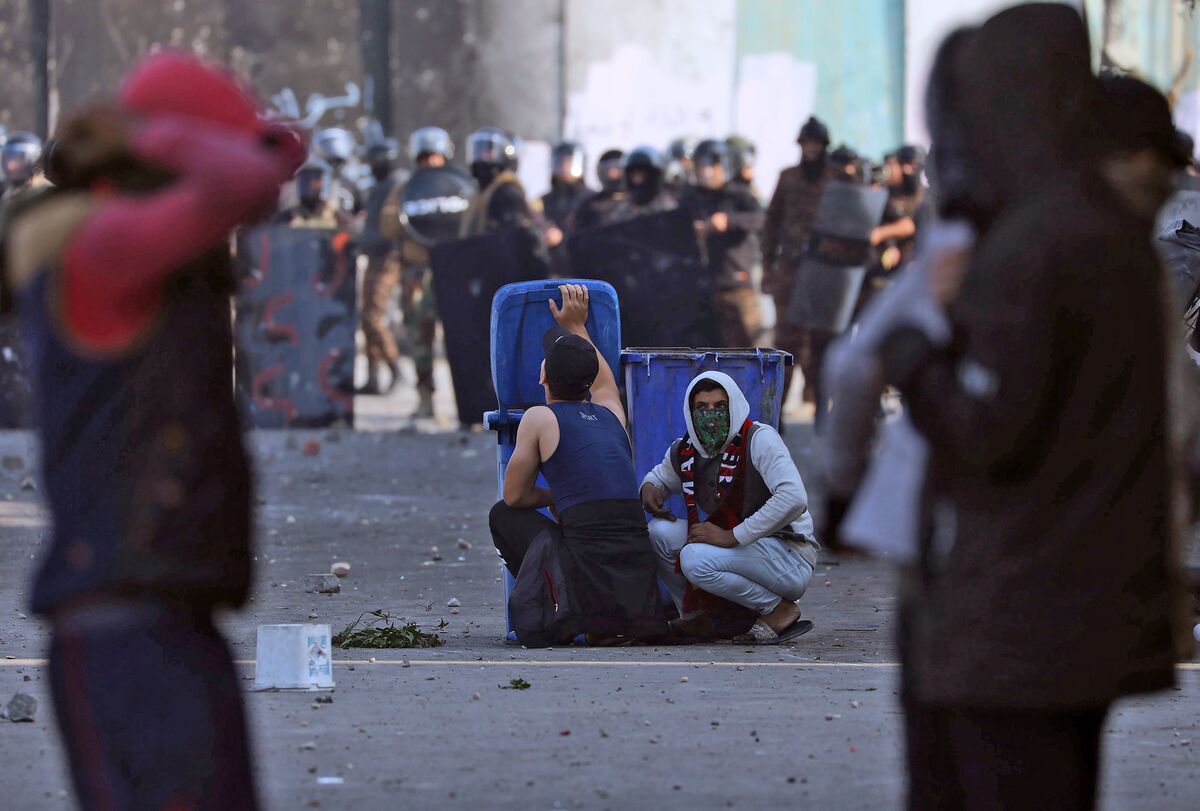 Iraqi demonstrators take cover from security forces behind trash cans during clashes in the city of Karbala on Thursday.

Violent protests swept across parts of southern Iraq and Baghdad on Thursday in a growing display of public anger over Iran’s interference in Iraqi affairs. This comes one day after demonstrators set fire to an Iranian consulate in the holy Shiite city of Najaf.

Across the country, more than two dozen protesters have been killed and 165 wounded since Wednesday, according to The Associated Press.

The worst violence has been in the south of Iraq, a predominantly Shiite area, as NPR’s Jane Arraf reports. In the city of Nassiriya, at least 20 protesters were killed when security forces opened fire to try and drive them from a bridge.

In Najaf, security forces fired on protesters on Wednesday after they stormed the Iranian consulate, setting fire to the building. Arraf says the protesters prevented fire fighters from reaching the consulate. Iranian diplomats were believed to have left the building before the attack and there were no reports of Iranian casualties. 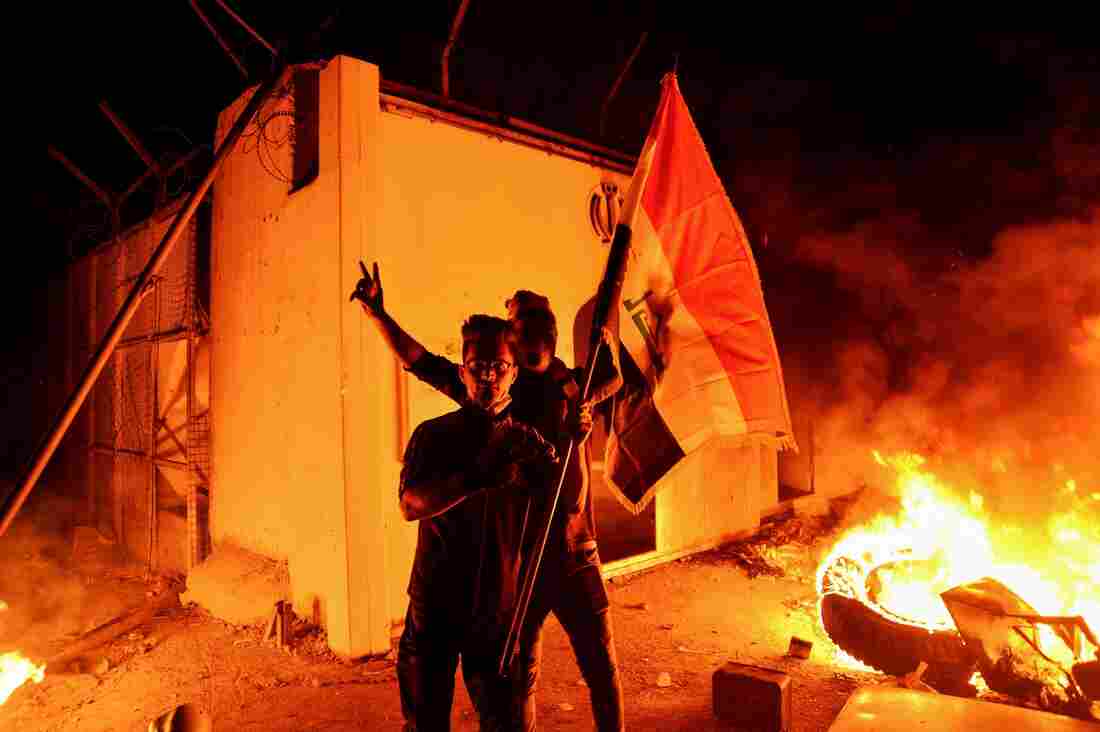 Iraqi demonstrators stormed and set fire to Iran’s consulate in the southern Iraqi city of Najaf on Wednesday.

Protesters had tried to burn down the consulate before. Torching the building was seen as a powerful symbolic strike against Tehran, which protesters see as having outsized influence on the Iraqi government. Authorities have declared a curfew in Najaf and have ordered government workers to stay home.

Iran accused those who started the fire of not being not genuine protesters and demanded an “effective response” from the Iraqi government, as Arraf reported. An Iran-backed militia called the Ashura Brigades — now incorporated into Iraq’s security forces — has sent armored vehicles and fighters into Najaf, saying it was to protect a Shiite shrine.

In the oil-rich city of Basra, security forces also battled protesters who blocked roads and bridges with burning tires and prevented employees from getting to work.

Demonstrations erupted in Iraq on October 1st when thousands of people took to the streets of Baghdad demanding better jobs, an end to corruption and meddling by Iran and other countries in Iraq’s affairs. In recent weeks, the protests have spread through southern Iraq. The demonstrators’ demands have also expanded. Now, some are calling for the Iraqi government to step down and parliament to be dissolved. Parliament is looking at limited political reforms, but that’s done little to quell the unrest.

Iraqi security forces have consistently responded to the demonstrations with live fire, rubber bullets and tear gas. At least 350 people have died since the protests first broke out, according to the AP.