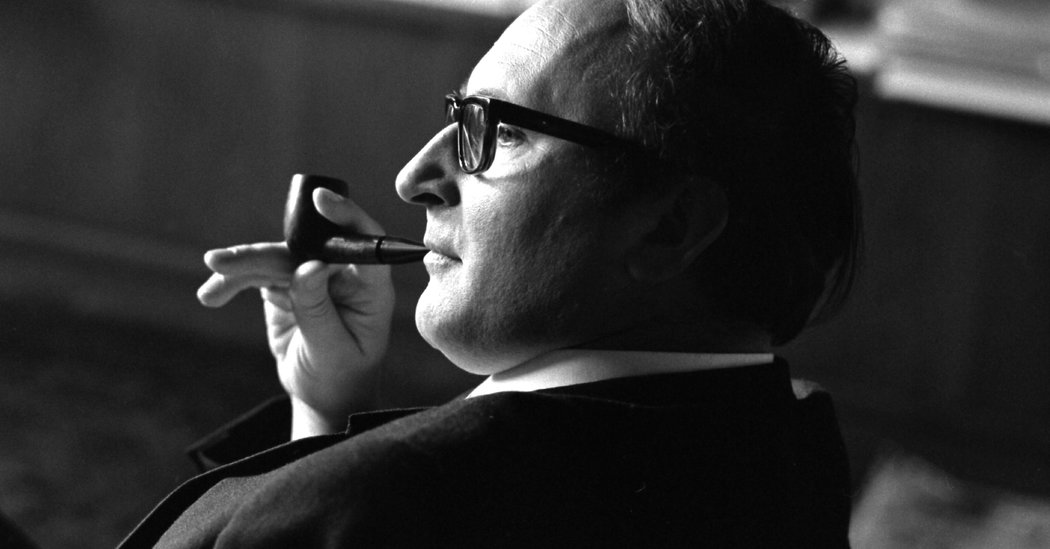 
Johann Baptist Metz, one of the most influential Roman Catholic theologians of the 20th century and a pioneer of Jewish-Christian dialogue in the aftermath of the Holocaust, died on Dec. 2 in Münster, Germany. He was 91.

His death was confirmed by the University of Münster, where he taught for many years.

Professor Metz believed that the church must be aligned with the victims of history, and he devoted his work to building solidarity with the oppressed. He challenged German Catholics to face the reality of Auschwitz when many did not.

“Articulating others’ suffering is the presupposition of all claims to truth,” Professor Metz said when he received an honorary doctorate from the University of Vienna in 1994. “Even those made by theology.”

Thanks to Professor Metz, the Catholic Church in West Germany formally addressed the Holocaust for the first time. He pushed the German bishops to discuss it in a statement he drafted for a synod, or special council, in Würzburg from 1971 to 1975.

His work gave recognition to victims. “We have to be aware of the suffering in the past,” one of his first students, Francis Schüssler Fiorenza, a professor at Harvard Divinity School, said in an interview in explaining Professor Metz’s approach. “How did Hitler take place, how did the Holocaust take place, how did the churches not speak out more?”

Professor Metz shaped generations of students, as well as influential Catholic bishops, in the years just after the Second Vatican Council, a critical time for the church when it was dealing with the council’s steps toward confronting the modern world. Yet unlike such theological contemporaries as Jürgen Moltmann, Karl Rahner and Hans Küng, he did not achieve international fame.

As Europe became more secular and Christianity took an inward turn, Professor Metz asked the church to rethink its role in society. He promoted what he called a new political theology: the idea that the church should interpret its political involvement not as exercising power over others but as following Christ’s example of healing those in need.

His work countered the philosophy of Carl Schmitt, a prominent conservative German political theorist who had sided with the Nazis and used his theories on absolutist authority to defend Hitler.

Professor Metz devoted himself to understanding the nature of suffering, which he saw as the primary theological question. “He never thought it was a question you could answer,” said J. Matthew Ashley, an associate professor at Notre Dame who has translated his work into English. “He was always wary of theologies that thought they had all the answers.”

His attention to oppression in his own European context developed alongside the liberation theology movements of Latin America, which centered on the experience of the poor and oppressed. In doing so, he buttressed their work, which was often controversial in the church, as well as the work of African-American Catholic theologians in the United States. Instead of primarily talking and writing, he believed that theologians should “encounter the face of the other,” Dr. Schüssler Fiorenza said.

Johann Baptist Metz was born on Aug. 5, 1928, in Welluck, near Auerbach, a Catholic town in Bavaria. His father, Karl, a merchant, died when Johann was about 12. His mother, Sibylle (Müller) Metz, was a homemaker.

In the final months of World War II, he was forced to leave school and join the Wehrmacht. In a searing incident, he was once sent from his unit to deliver a message and returned to find all the other members, boys his own age, dead from an attack. The memory of the trauma remained with him in his life and future work.

After being captured by Allied troops, he was sent to a prisoner of war camp on the East Coast of the United States for seven months. He returned to Germany and, after finishing high school, entered the diocesan seminary in Bamberg.

He earned a doctorate in philosophy and in theology at the Jesuit seminary in Innsbruck, Austria, where he met Father Rahner, a leading Catholic theologian who shaped his work and with whom he began a lifelong professional collaboration. He was ordained a priest in the archdiocese of Bamberg in 1954.

He was not trapped in the academy. In the earlier part of his career, he clandestinely taught priests, including married men, who had been secretly ordained in Czechoslovakia when Communist governments restricted religious activities.

In 1963, as the church’s pivotal Second Vatican Council was underway, he joined the University of Münster as a professor of fundamental theology. The same year, another Catholic theologian joined the Münster faculty: Joseph Ratzinger, the future Pope Benedict XVI.

The two men represented divergent theological traditions and were divided over the church’s future. Professor Ratzinger led a more conservative wing, while Professor Metz’s school saw the council as a watershed moment to move the church in a more progressive direction.

Known for his essays, Professor Metz was a careful writer who considered four or five well-written sentences a good day’s work. His most famous writings include “Poverty of Spirit” (1968), a reflection on what it means to be fully human, and “Faith in History and Society: Toward a Fundamental Practical Theology” (1977), a summation of his political thought.

He also took part with Elie Wiesel in a joint set of interviews published as “Hope Against Hope” (1999).

“For many, even for many Christians, Auschwitz has slowly slipped over the horizon of their memories,” Professor Metz said in that volume. “But nobody escapes the anonymous consequences of this catastrophe. The theological question after Auschwitz is not only ‘Where was God in Auschwitz?’ It is also ‘Where was humanity in Auschwitz?’”

He also spent many summers in Litzldorf, south of Munich, as the pastor of a small parish. His homilies, jotted down in shorthand, remain unpublished.

Professor Metz’s ideas are often echoed by Pope Francis, who has called for a church that heals wounds.

“Metz never looked away from the horror, and never allowed us to,” Susannah Heschel, a professor of Jewish studies at Dartmouth College who has studied his work and the Nazi era, said in an interview. “To study with Metz, it seemed to me, was a transfiguration.”