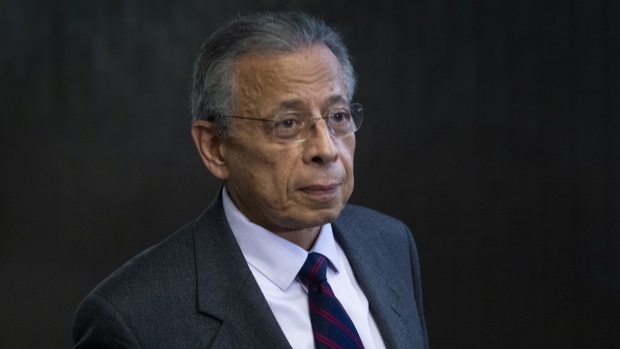 
MONTREAL —
A former SNC-Lavalin executive on trial for fraud and corruption has been found guilty of the crimes.

The jury today found Bebawi guilty on all charges on its fourth day of deliberations.

The Crown alleged that Bebawi was behind a “business model” that involved kickbacks and payoffs to foreign agents to secure lucrative deals for the Montreal-based engineering giant in Libya, beginning in the late 1990s.

The case centred on several major infrastructure projects and alleged dealings with Saadi Gadhafi, one of the sons of late Libyan dictator Moammar Gadhafi.

Prosecutors argued that SNC-Lavalin transferred about $113 million to shell companies used to pay off people, including Saadi Gadhafi, who helped the company secure deals in Libya.

What remained in the accounts of those firms after the kickbacks were paid was then allegedly split between Bebawi and Riadh Ben Aissa, a former colleague, with Bebawi allegedly pocketing about $26 million.

Bebawi did not testify, but denied the allegations through his lawyer in closing arguments, saying the millions were compensation for completing complicated contracts, authorized by the former president of the company, Jacques Lamarre.

This report by The Canadian Press was first published Dec. 15, 2019.