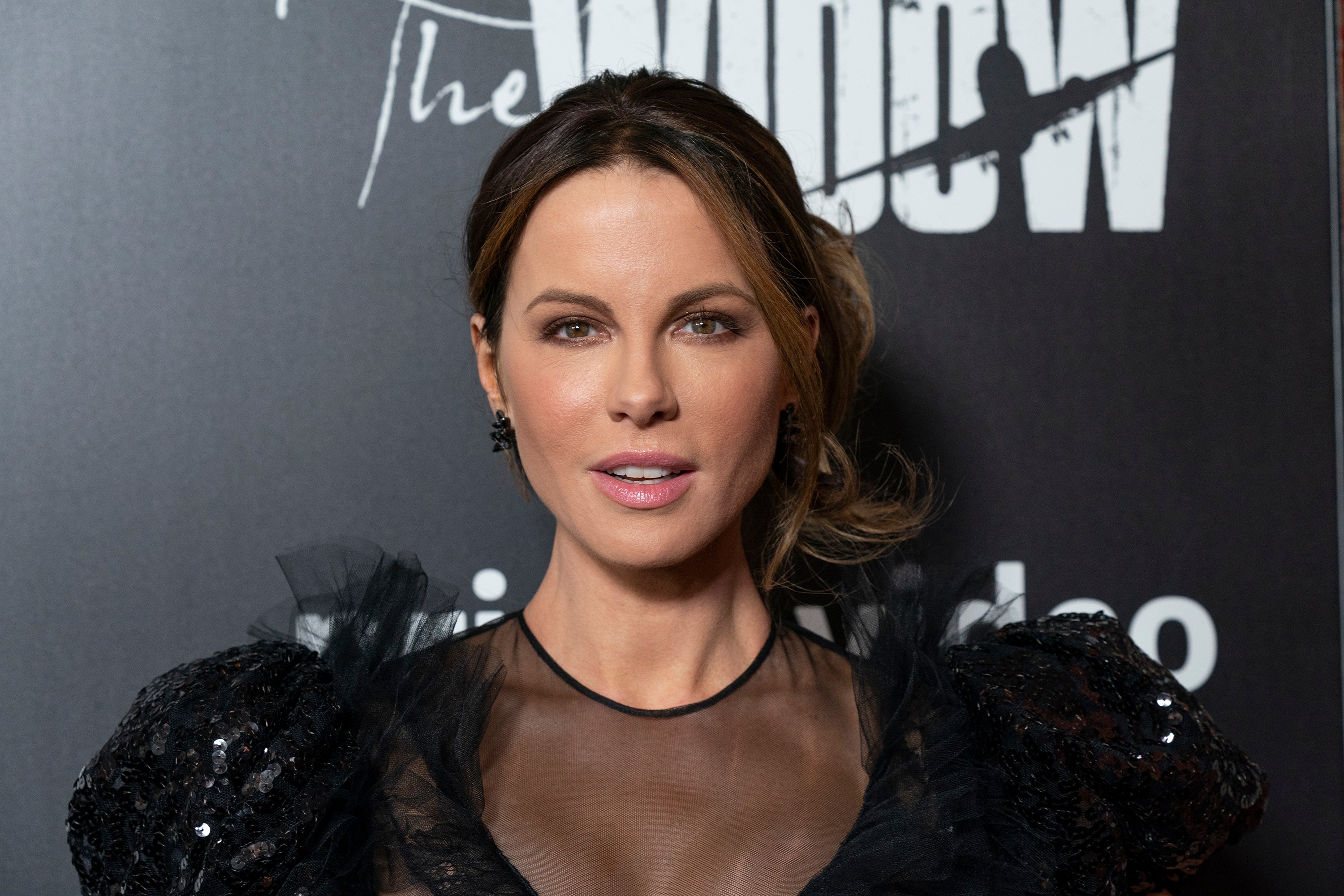 The actress, 46, is currently on vacation with a male friend and is showing off her incredible bikini body in a variety of swimsuits.

First, Beckinsale showed off her long legs in black high-waisted bottoms with criss-cross detail at the waist and a bandeau top.

“Out of office,” she captioned the photo.

Then, in good spirits, she poked fun at herself with a large hat one walking next to her vacation companion. “Sometimes we swap Speedos,” Beckinsale joked.

The next day she changed into a new white and leopard-print suit which showed off her toned legs.

Her caption again poked fun at herself. “What makes us human? Having to confront our own mortality, questioning our origins through philosophy, religion and science,” Beckinsale wrote.

“And the fact that if we wear white bikini bottoms we will, within the hour, sit on a choc ice,” she added.

The “Underworld” star reportedly just finalized her divorce from director Len Wiseman after separating in 2015. Per People magazine, Wiseman, 46, filed for divorce in 2016, citing irreconcilable differences. The pair got married in May 2004.

Beckinsale and Wiseman first met while filming the 2003 movie “Underworld,” which would spawn a series of films, E! News reported.

Earlier this year, she was romantically linked to Pete Davidson of “Saturday Night Live” for four months.

Davidson opened up to Paper magazine about dating while being a celebrity and having your relationships documented.

“I think when you first get in a relationship and you’re on television, you don’t realize that when you post a photo of you and your girlfriend, you’re pretty much announcing to the world your relationship,” Davidson said.

“I didn’t know that because I know couples that are together that I followed that, you know, are my homies that work at Best Buy, and when they post each other’s picture all the time and there are no articles written about it or they’re not followed around, you forget that you have to approach it differently,” the comedian continued.

“[It] is really difficult for both [people in the relationship], because the second [the public] knows you’re together, it’s already against you. You’re losing.”