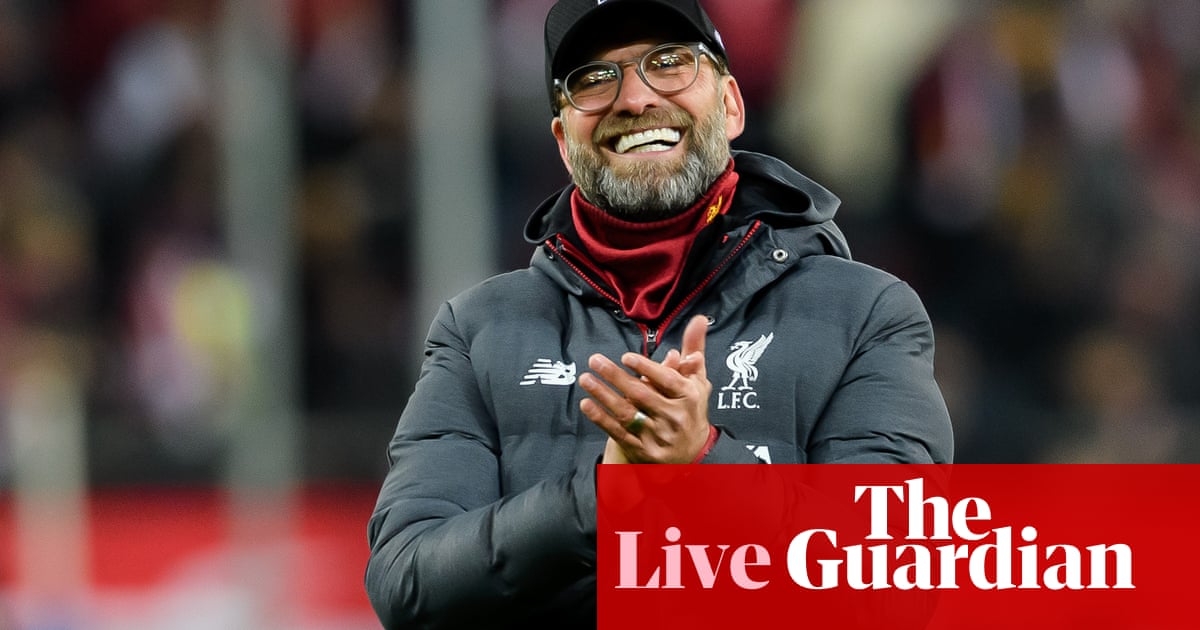 More manager press conferences coming up around 1.30pm. They include Pep Guardiola and Jose Mourinho.

Apparently, Pep banned his first-teamers from attending this year’s Christmas party. Not because he caught them doing a massive conga outside the Arndale Centre but because after the last one they lost 3-2 at home to Crystal Palace and, four days later, were beaten by Leicester. These marginal gains could make all the difference with City breathing down Liverpool’s necks just 14 points behind.

Only four players have reached double digits in the Premier League scoring charts this season.

Nope, not Harry Kane. Not Mo Salah. Not Sergio Aguero. It’s this four: