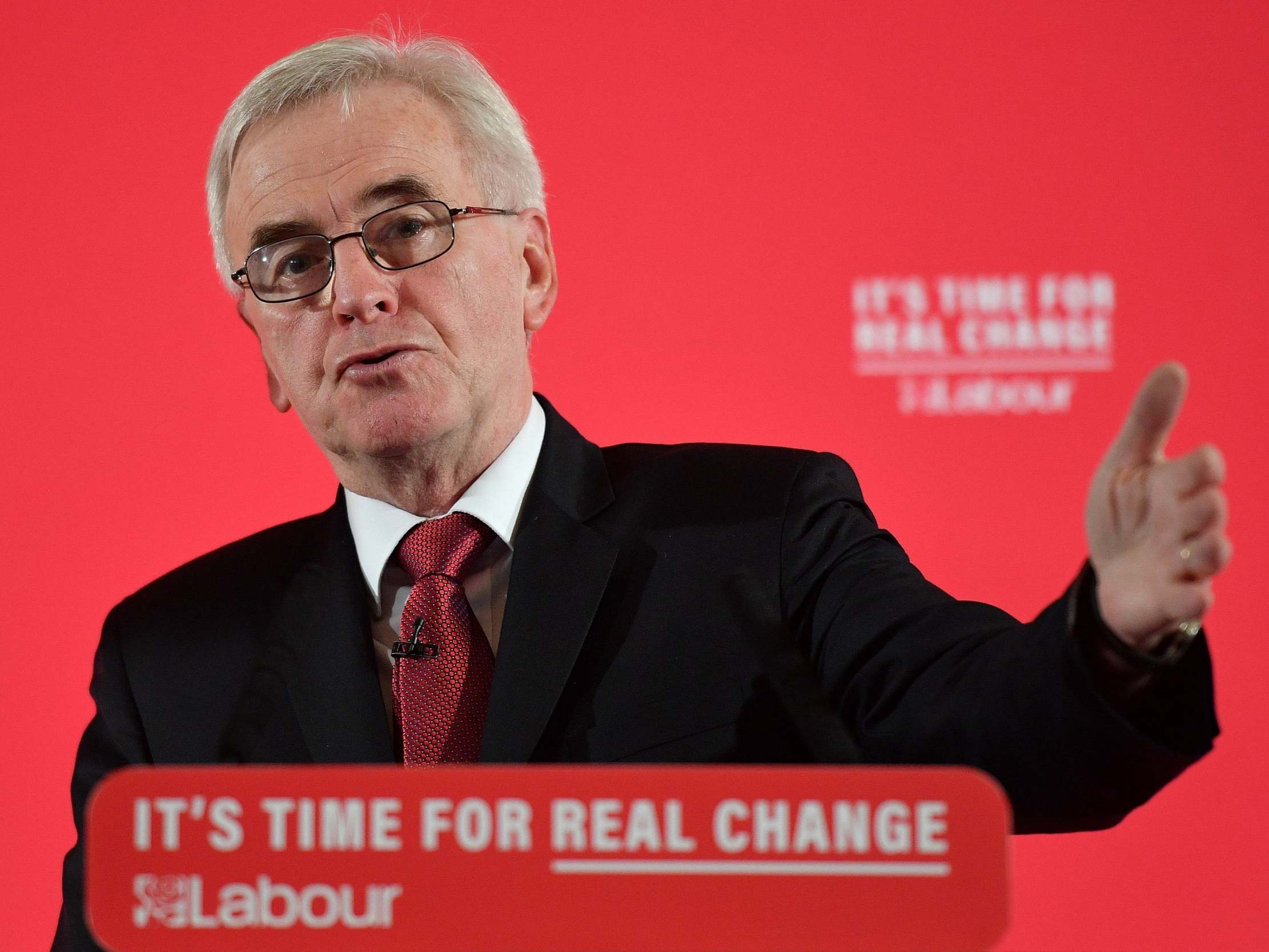 Labour has pledged to compensate nearly 4 million women who lost out on thousands of pounds when the state pension age was increased.

John McDonnell, the shadow chancellor, said the payments – estimated to total £58bn over five years – would settle a “historical debt of honour”.

It follows a lengthy campaign by the so-called “Waspi women” who said they were given insufficient time to prepare for the changes brought in by the former coalition government.

Campaigners and polling experts told The Independent that those bearing the brunt of the overhaul could have a substantial impact on the outcome of the 12 December election.

Boris Johnson was challenged about the issue by a woman in the studio audience for Friday night’s BBC Question Time election special, but said he could not promise to “magic up that money”.

However, on Saturday night Mr McDonnell announced that Labour had “prepared a scheme to compensate these women for a historical wrong”.

“It’s one that they were not able to prepare for and for which they’ve had to suffer serious financial consequences for as a result,” he said.

“Some of them have been hit by a combination of poverty and stress, having lost out on what they had contributed towards.

“These changes were imposed upon them by a Tory-led government. So we have a historical debt of honour to them and when we go into government we are going to fulfil that debt.”

Last month the High Court ruled against women who argued that the rise in the pension age for women from 60 to 66 “unlawfully discriminated against them on the grounds of age, sex, and age and sex combined”.

Social media is an increasingly important battle ground in elections – and home to many questionable claims pumped out by all sides. If social media sites won’t investigate the truth of divisive advertising, we will. Please send any political Facebook advertising you receive to [email protected], and we will catalogue and investigate it. Read more here.