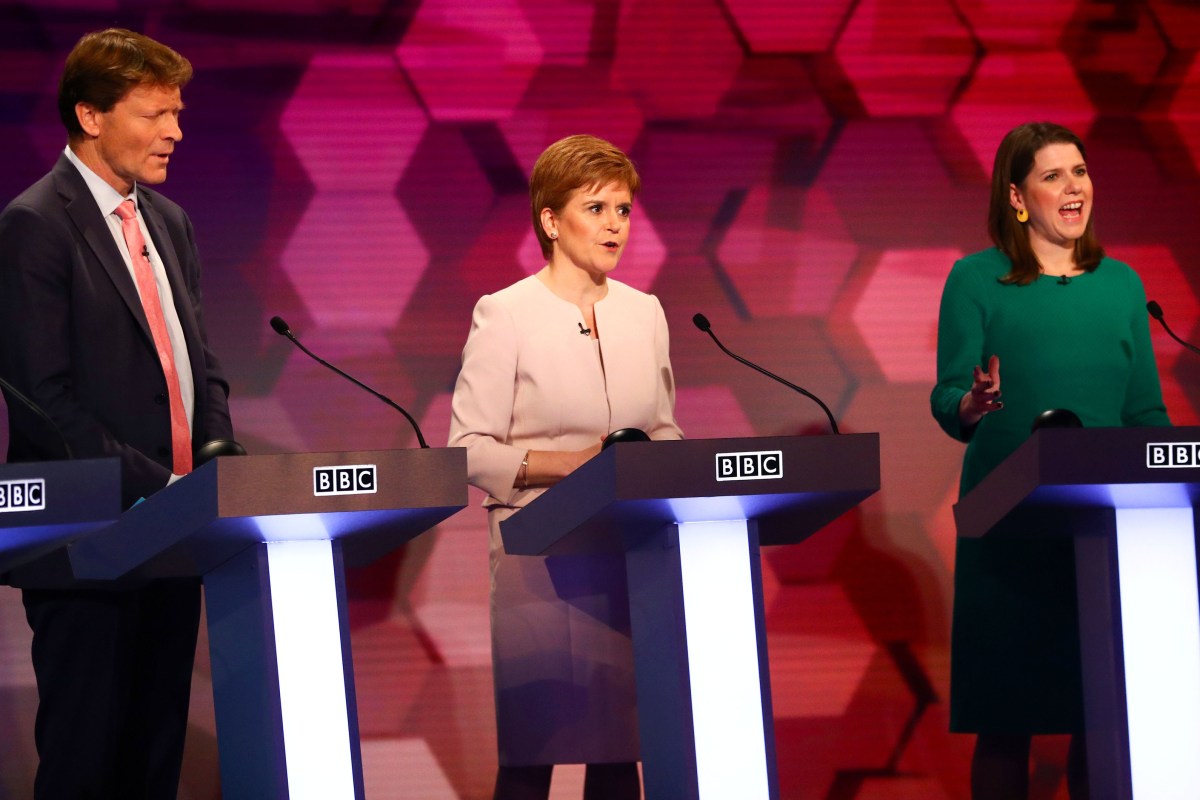 A SHIFT IN THE POLLS

The Labour leader has seen his rating rise five points to 33 per cent with the Tories dropping two points to 39 per cent, BMG Research shows.

The Tories have repeatedly claimed people will pay up to £2,400 per person more in taxes if Labour are elected.

Polling experts believe a lead of less than seven per cent for Mr Johnson could pave the way for Mr Corbyn to enter No10 propped up by the Scottish National Party.

The poor showing by the Lib Dems is also hurting the Tories. They are down five points to 13 per cent, the Brexit Party is on four and the Greens on five.

The PM has even warned US President Donald Trump to stay out of the election when he arrives here for a Nato summit on Tuesday.

BoJo said the “best thing is for neither side to get involved in each other’s campaign”.
Robert Struthers of BMG, said Labour was “starting to build momentum”.

He said: “The shifts we have witnessed in our headline voting intention figures take the Conservative lead from a likely majority into possible hung parliament territory.

Meanwhile, a poll of polls forecast a Tory majority of 12 – down from 80 last week.

The PM’s top aide Dominic Cummings has said the election is “much tighter” than the polls suggested. 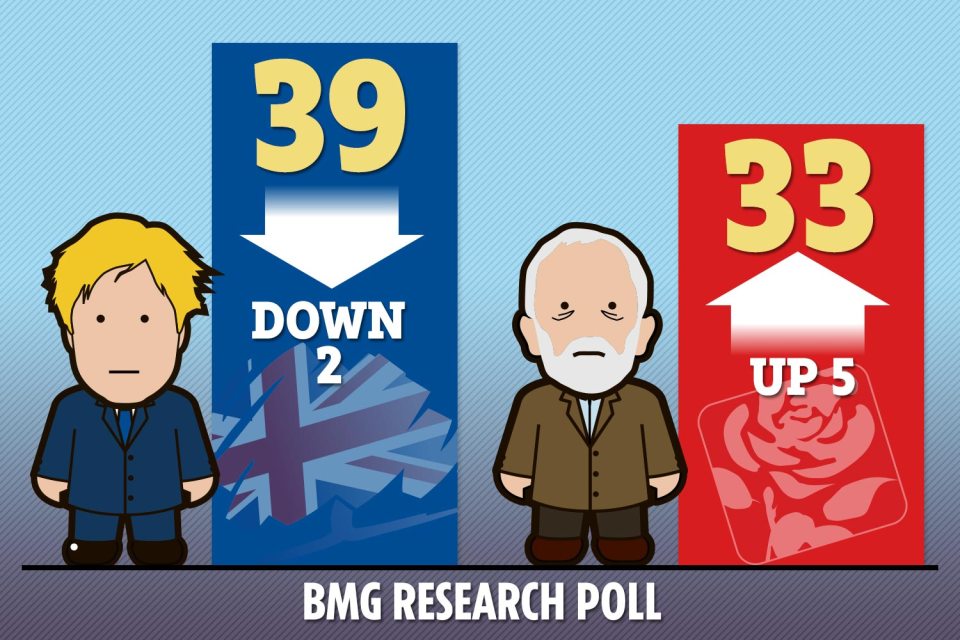