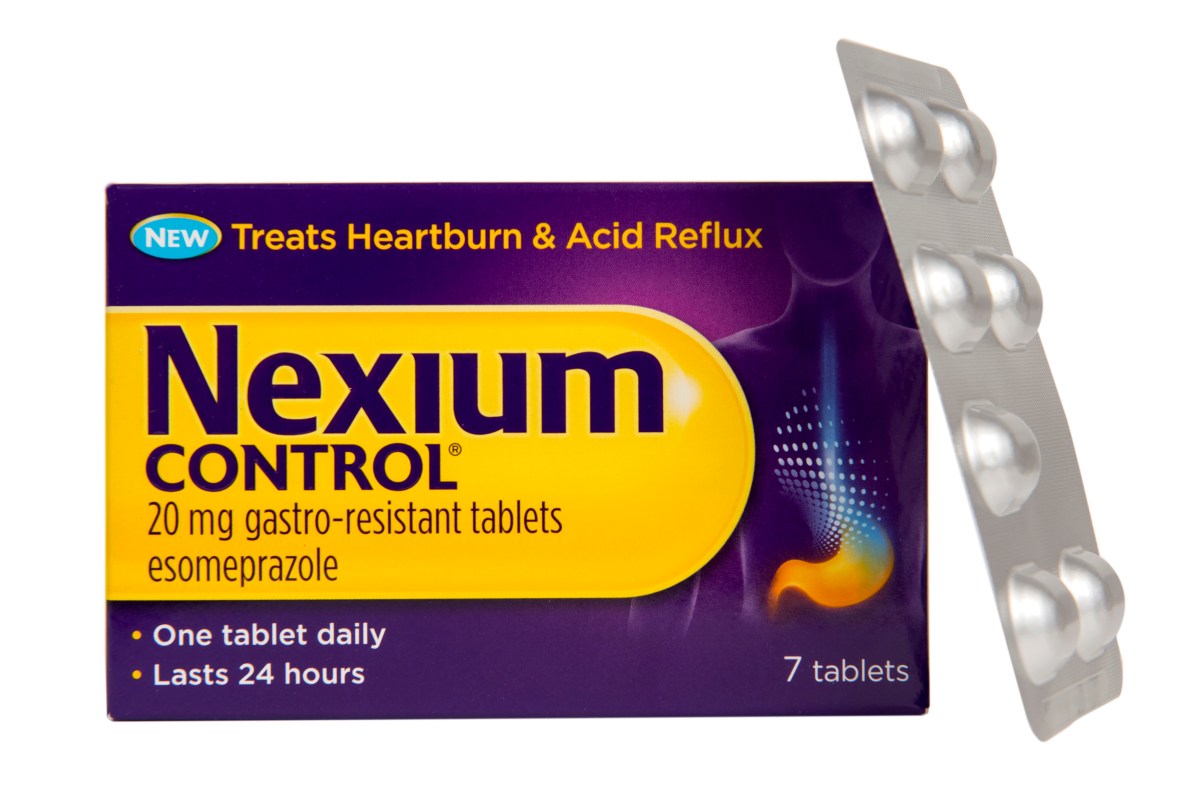 MILLIONS of people who take common heartburn drugs could be at risk of a nasty stomach flu, experts have warned.

Researchers found that people who took over-the-counter acid-relieving medications, such as Nexium, were 80 per cent more likely to get acute gastroenteritis.

For a long time these meds, known as proton pump inhibitors (PPIs), were considered to be safe, but new research has suggested concerning side-effects.

Dr Mina Tadrous, a scientist at Women’s College Hospital (WCH) in Toronto, said: “Very few people need to be on PPIs long term, but people do end up on them chronically.

“And now we’re finding that the drugs are not as safe as we thought. They interact with a bunch of drugs. There are some nutritional concerns.

The new study, published in JAMA Network Open, analysed more than 233,000 people taking PPIs continuously and compared them with nearly 627,000 adults who weren’t taking the drug.

When they looked at the 2015-16 winter virus season, they noted that people who took PPIs, including Nexium, Prevacid, Protonix and Prilosec, all the time were 80 per cent more likely to get stomach flu.

If you reduce acids, you change the intestinal flora… making you more susceptible to infections

The researchers, led by Ana-Maria Vilcu of Sorbonne University in Paris, said that because heartburn drugs work to reduce acid, it might increase the risk of infection as stomach acid plays a role in keeping viruses at bay.

Dr Tadrous, who provided editorial as part of the study, said: “If you reduce acids, you change the intestinal flora [the beneficial bacteria in the gut known as the microbiome], making you more susceptible to infections.”

But experts have raised concerns about the validity of the study and say the findings aren’t conclusive.

Dr Arun Swaminath, director of inflammatory bowel disease program, at Lenox Hill Hospital, in New York City, pointed out that the researchers diagnosed someone as having acute gastroenteritis if they received a prescription for medications used to treat it.

However, those medications can be used to treat other issues as well.

Heartburn is a burning feeling in the chest caused by stomach acid travelling up towards the throat (acid reflux). If it keeps happening, it’s called gastro-oesophageal reflux disease (GORD).

Lots of people get heartburn from time to time. There’s often no obvious reason why.

Sometimes it’s caused or made worse by:

You can ease symptoms by eating smaller, more frequent meals or tryibg to lose excess weight.

Another lifestyle change includes raising one end of your bed 10-20cm so your chest and head are above the level of your waist, so stomach acid doesn’t travel up towards your throat.

Another concern he raised is that the study only considered people to be on PPIs continuously if they had a prescription for a PPI.

He added: “PPIs are available over the counter in France. Assuming all patients who didn’t have a prescription for these medications weren’t exposed to PPI can make the magnitude of the association larger than it really it is.”

Dr Tadrous added that people should consider discontinuing PPI therapy if it’s not clearly necessary and consider dietary changes instead.

Before & after transformation of druggies revealed in eye-opening diary

NOT TO BE SNEEZED AT

How to stop a cold when you feel it coming on

NHS chiefs remove £1.2m worth of Dyson fans from hospitals over infection fears

These include changing the types of food you eat, when you eat and how much you eat.