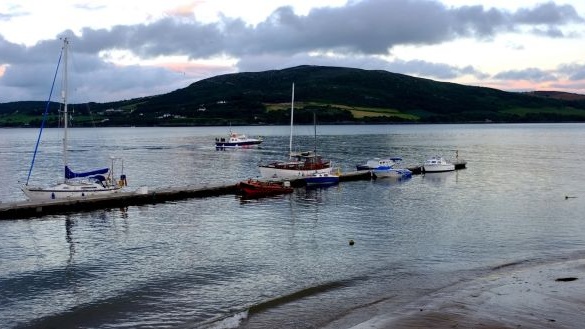 
A new study has warned that Ireland’s northern and western regions are facing being left behind in a “two-speed economy”.

A report by the Northern and Western Regional Assembly found investment in the two regions across a range of sectors including, health, education, infrastructure and transport, was lagging behind other parts of the country.

It claimed there were startling levels of inequality between the different regions which has resulted in the development of a two-speed economy in Ireland.

The report, entitled A Region in Transition: The Way Forward said the issue required a policy of “positive discrimination” to drive growth and halt a decline in the north-west and border communities.

It has also recommended that Galway together with the designated regional growth centres and key towns should be developed to a sufficient scale.

The NWRA is one of three regional assemblies in the Republic which have a range of powers relating to spatial planning and economic development using EU structural funds.

The NWRA said the region was not performing economically as well as the two other regions or relative to the EU norm, despite having sophisticated local economies specialising in areas including biotechnology, precision engineering and artificial intelligence.

The report noted that for the post 2020 period, the European Commission has downgraded the classification of the region from “more developed” to “transition” region which highlighted how it had not prospered economically compared to the other regions.

The report’s author, the NWRA’s chief economist, John Daly, who analysed data on investment across the regional between 2008 and 2018, found spending on health in the region was below the State average in eight out of 11 years.

The analysis also revealed that investment in third level education infrastructure in the Northern and Western regions was €141 per undergraduate compared to the national average of €197.

In relation to transport, expenditure on national roads was €87,240km/h in the NWRA region in contrast to the national average of €116,054km/h.

Mr Daly said commercial activity within the region has significantly worsened in recent years with disposable income per head down 7.2 per cent over the decade to 2017.

However, the report said there was an enormous opportunity to enhance the region’s position as an alternative to overpriced Dublin with career opportunities, affordable housing and a cheaper cost of living.

It pointed out that the majority of counties in the region were considered to be affordable for first-time buyers.

Similarly rent as a proportion of disposable income was also considered affordable in all of the counties, while childcare and labour costs were also below the national average.

“From a cost of living perspective, the region offers strong value for money,” the report observed.

However, Mr Daly said positive discrimination towards the region would be insufficient unless additional resources were directed towards policies that were proven to revitalise regional economies.

NWRA chairperson, Declan McDonnell, an independent councillor on Galway City Council, said the report was timely given the impact of regional inequality that had been witnessed in the UK.

The assembly’s director, David Minton, said a failure to address the regional gaps in GDP would inevitably lead to further economic decline in the north and west.

“This will ultimately continue to see shifts towards Dublin which is not sustainable. Ireland needs its regions performing,” Mr Minton said.

He said implementation of a 12-year strategy would see the region characterised by “being more urban, networked, digitally smart and with vibrant rural communities”.