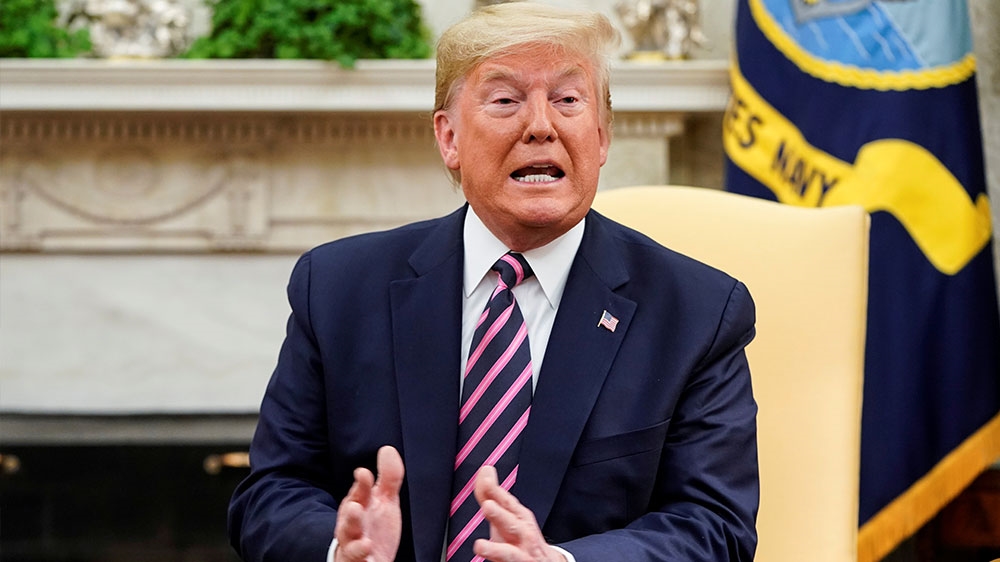 Soleimani, the head of Iran’s elite Quds Force, was killed by US forces in an air raid at Baghdad International Airport. Abu Mahdi al-Muhandis, the deputy commander of Iran-backed militias known as the Popular Mobilisation Forces (PMF) was also killed. Iran has threatened severe retaliation.

“He [Soleimani] was actively plotting in the region to take actions – a big action, as he described it – that would have put dozens if not hundreds of American lives at risk,” Pompeo told CNN.

“We know it was imminent,” Pompeo said of Soleimani’s alleged plot, without going into detail about the nature of any planned operation.

“This was an intelligence-based assessment that drove our decision-making process,” Pompeo added. 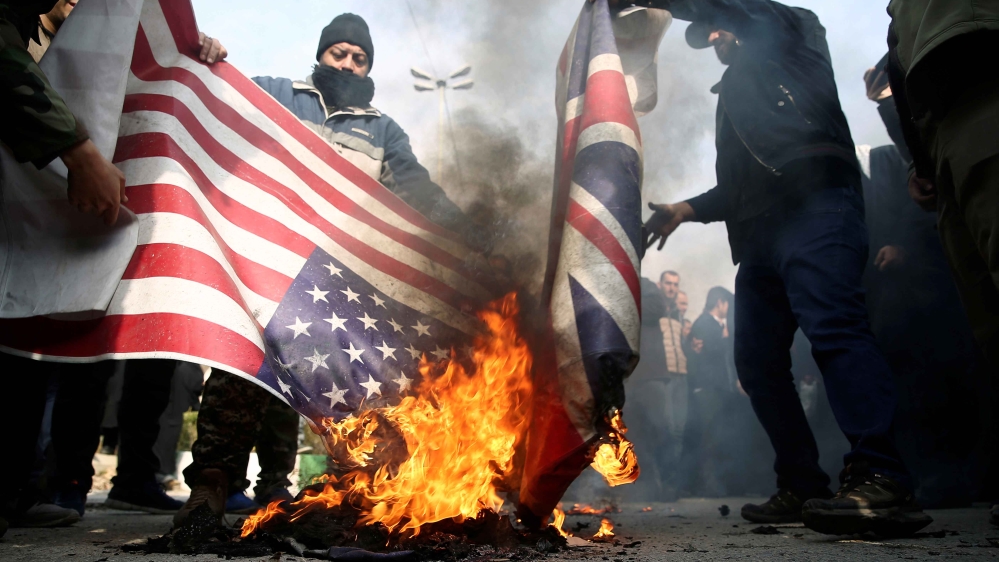 The Pentagon confirmed that Soleimani was killed “at the direction” of President Trump.

In his second tweet since the strike, Trump said, “Iran never won a war, but never lost a negotiation!” His first tweet, just after reports of the attacks surfaced, was an image of a US flag.

Trump also said “Soleimani has killed or badly wounded thousands of Americans over an extended period of time, and was plotting to kill many more…but got caught!” He added that Soleimani should have “been taken out many years ago”.

Pompeo told Fox News that the US remains committed to de-escalation with Iran, but is prepared to defend itself.

Iran “will see American resolve and that their decision will be to de-escalate, to take actions consistent with what normal nations do. And in the event that they do not, in the event they go the other direction, I know that President Trump and the entire United States government is prepared to respond appropriately,” Pompeo said.

On Twitter, Pompeo said he was making calls to world leaders to explain and defend Trump’s decision. Before dawn in Washington, DC, on Friday, the State Department said Pompeo had spoken with the foreign ministers of the United Kingdom and Germany as well as China’s state councilor. Leaders in all three of those countries urged restraint.

“We are at a dangerous point of escalation. It is now important through prudence and restraint to contribute to de-escalation,” said Chancellor Angela Merkel’s spokeswoman Ulrike Demmer.

Leaders in the Middle East condemned the US attack, with Iraqi caretaker Prime Minister Adel Abdul Mahdi calling it an “aggression” on Iraq that would “spark a devastating war”.

“The assassination of an Iraqi military commander is an aggression on Iraq as a state, government and people,” Abdul Mahdi said in a statement.

“Carrying out physical liquidation operations against leading Iraqi figures or from a brotherly country on the Iraqi lands is a flagrant violation of Iraq’s sovereignty and a dangerous escalation that triggers a destructive war in Iraq, the region and the world,” Abdul Mahdi said.

He added that the attack was a “flagrant violation of the conditions authorising the presence of US troops” on Iraqi soil. 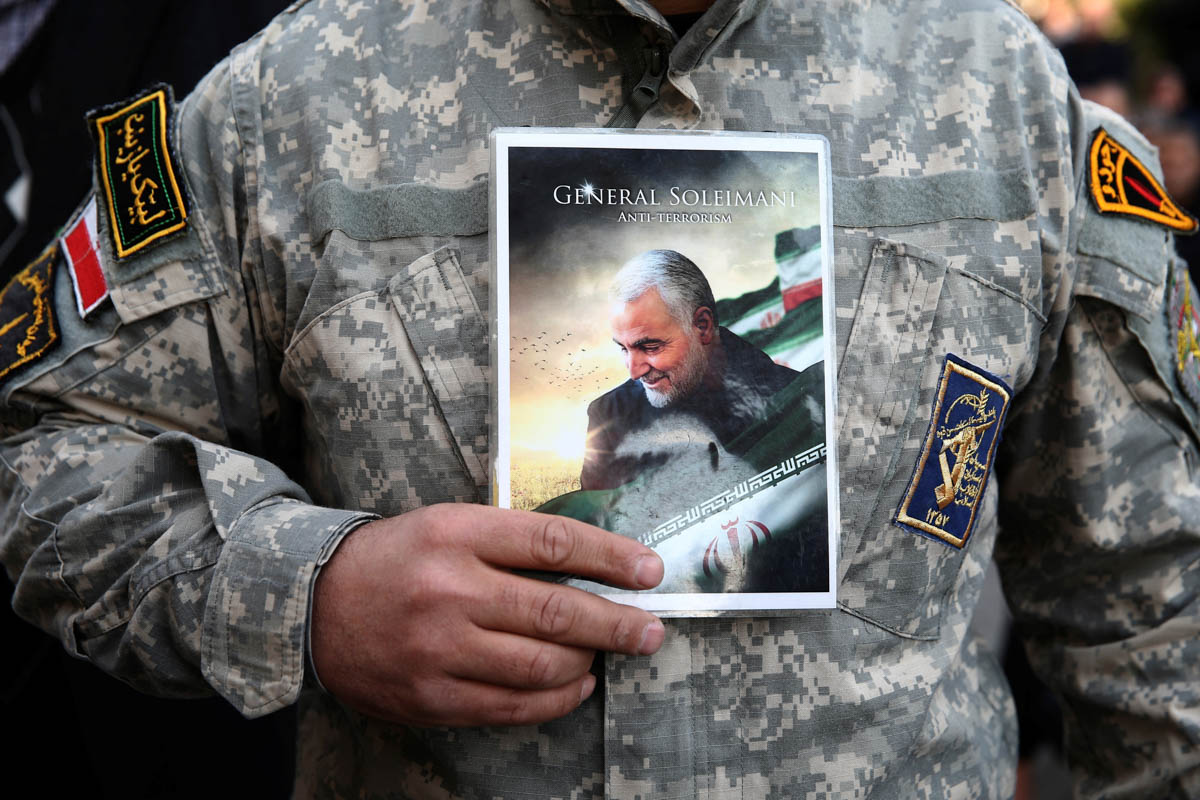 Iran’s supreme leader Ayatollah Ali Khamenei warned the US of “harsh revenge” for the assassination.

“The pure blood of Qassem Soleimani will surely strengthen the tree of resistance, unite the Iranian people, and make US policies in the region less effective by the day,” he said in a statement.

Many analysts in Iran called the strike an “act of war”.

The attack took place amid tensions with the US after an Iran-backed militia and its supporters breached the US embassy in Baghdad.

The protests at the embassy on New Year’s Eve was in response to a deadly US air attack that killed 25 forces of the PMF, also known as the Hashd al-Shaabi group.

Back at home, Trump also faced sharp criticism from Democrats, who said he acted without congressional approval.

“America – and the world – cannot afford to have tensions escalate to the point of no return,” she said in a statement. “The Administration has conducted tonight’s strikes in Iraq targeting high-level Iranian military officials and killing Iranian Quds Force Commander Qassem Soleimani without an Authorization for Use of Military Force (AUMF) against Iran. Further, this action was taken without the consultation of the Congress.” 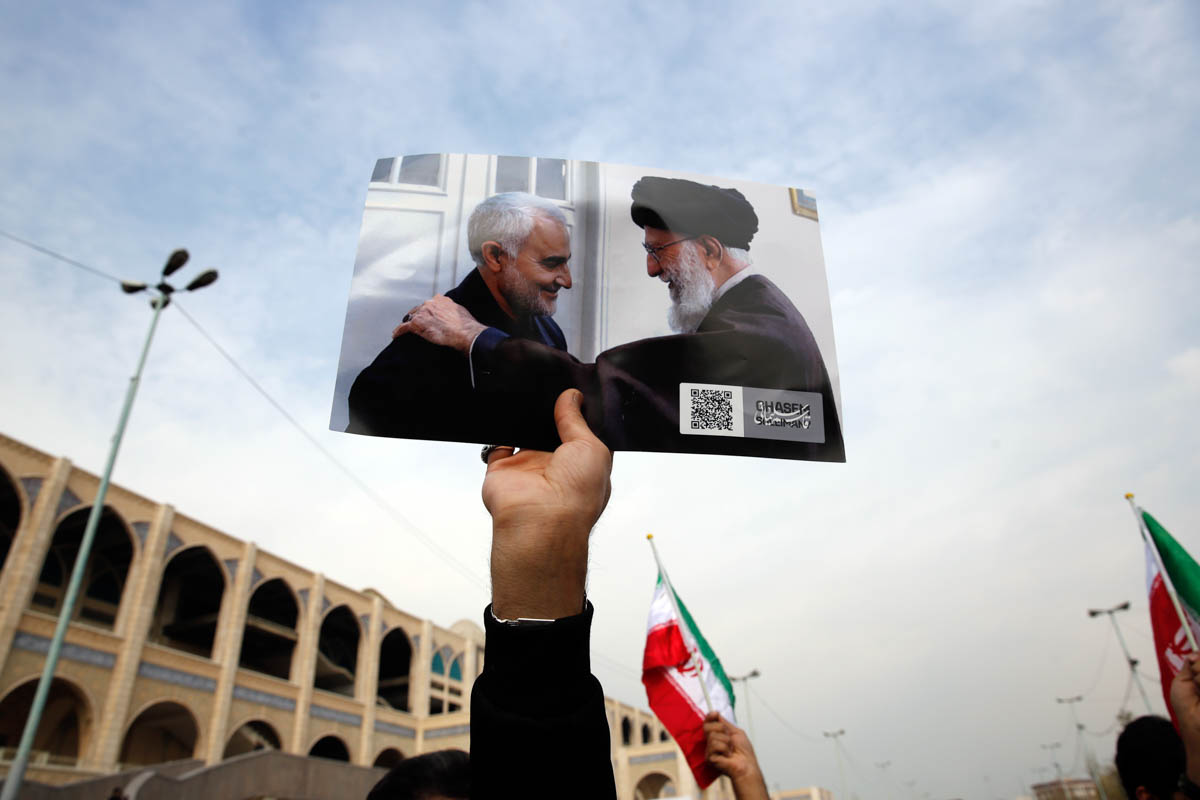 Eliot Engel, Chairman of the US House Committee on Foreign Affairs, also questioned the legality of Trump’s move.

“This strike went forward with no notification or consultation with Congress,” Engel said in a statement.

“To push ahead with an action of this gravity without involving Congress raises serious legal problems and is an affront to Congress’s powers as a coequal branch of government,” he added. “Even if this strike was in self-defense, no current congressional authorization covered it and the President needs to notify Congress within 48 hours pursuant to the War Powers Resolution. The law requires notification so the President can’t plunge the United States into ill-considered wars. We must also hear without delay from senior officials about this action and their plans to deal with the aftermath.”

Many Republicans, meanwhile, praised the decision.

“Soleimani was a terrorist. President Trump and our brave servicemembers just reminded Iran – and the world – that we will not let attacks against Americans go unpunished,” said Republican House Minority Leader Kevin McCarthy.