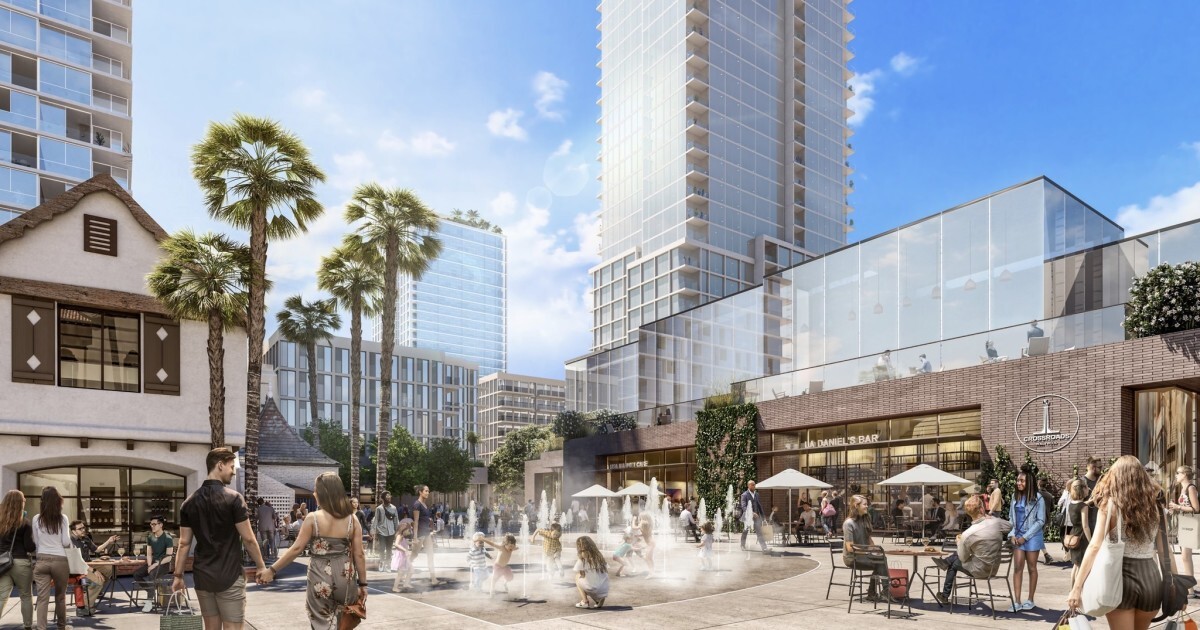 A tenant rights group is suing the real estate developer behind a vast new project slated to rise in Hollywood, arguing that it tried to skirt city requirements meant to protect renters being displaced by the new development.

Los Angeles officials granted approval earlier this year for the Crossroads Hollywood project, which will include skyscrapers with a hotel, shops and more than 900 units of housing. The new towers will replace more than 80 apartments that fall under the Rent Stabilization Ordinance, which limits annual rent increases for residents.

Under the city conditions for approving the project, the displaced tenants were supposed to have a chance to return to the new buildings at the same rent they would have paid if the old buildings had remained standing.

Tenants complained, however, that Harridge Development Group was imposing a string of conditions on that deal that they did not want to accept, including agreeing not to make any derogatory comments about the building owner.

Now a tenant rights group — the Hollywood affiliate of the Los Angeles Tenants Union — is suing over that and other complaints about how tenants being displaced from the Hollywood site were treated.

The lawsuit, which also names three tenants as plaintiffs, argues that the terms of the “right to return” deal were inconsistent with the intent of the city conditions for approving the Crossroads Hollywood project. Some tenants returned the document to Harridge but crossed out provisions they did not want to agree to, according to the suit.

The tenant group also alleged that Harridge had broken city rules that govern buyout agreements for tenants earlier in the process, pressuring many tenants to take deals that were “materially worse” than they could have gotten if they had been legally informed of their rights. And it said the developer was improperly planning to “segregate” returning tenants.

When Harridge got city approval for Crossroads Hollywood, “all that was asked of them was to make sure they weren’t going to cause more displacement,” said Susan Hunter, a caseworker with the Hollywood division of the tenants union. “Harridge is refusing to just do the right thing.”

In response to the legal filing, Harridge Development Group issued a statement Friday saying that Hunter and her group were “harming the very tenants that they claim to represent by insisting on increasingly desperate litigation, based on incorrect facts.”

The company said it had “provided every single notice required by the law …. Beyond that, we have gone above and beyond what is required by law.” Backers of the project have also stressed that it includes more than 100 units of affordable housing, exceeding the 82 rent-stabilized units being demolished.

This isn’t the first lawsuit over the project: AIDS Healthcare Foundation, which frequently raises concerns about development, sued and lost earlier this year after arguing that the city had failed to properly assess how Crossroads Hollywood would affect the neighborhood. Hunter said the AIDS foundation had helped cover some the costs tied to the new suit.

Tenants at the Hollywood site have also formed their own group, the Crossroads Tenants Assn., which has raised similar concerns about the “right to return” agreements. That group has hired an attorney but has yet to file any lawsuit.