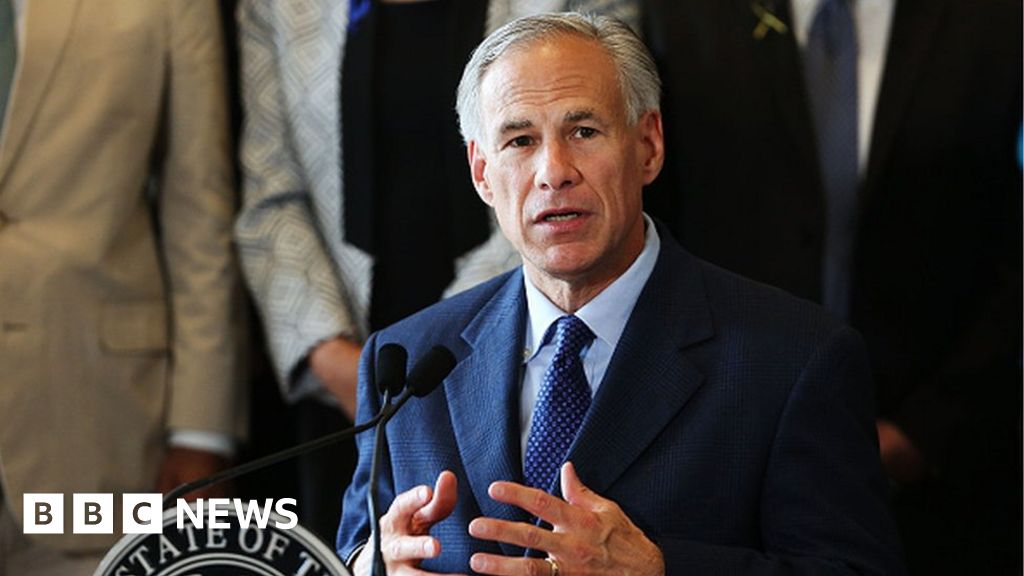 The Republican governor of Texas, Greg Abbott, has said the state will not accept new refugees under the US government’s resettlement programme.

The decision means Texas will become the first state known to do so.

Last year US President Donald Trump signed an executive order allowing states to opt out of the programme.

On Friday, Mr Abbott said Texas had done “more than its share in assisting the refugee resettlement process”.

Refugee agencies have criticised the move, with one calling it “deeply disappointing”.

Texas has large refugee populations in several of its major cities. In the 2018 fiscal year, Texas took in 1,697 refugees – more than any other state, but a large drop from 4,768 in the previous fiscal year.

Justifying his decision in a letter to the US State Department, Mr Abbott argued that the state should be focused on “those who are already here, including refugees, migrants, and the homeless – indeed, all Texans”.

On that basis, Mr Abbott said he “cannot consent to initial refugee resettlement” in 2020, but added that the decision “does not deny any refugee access” to the US.

Refugees who are already settled in other states, Mr Abbott said, will be allowed to move to Texas if they choose. However, resettlement agencies say they would not have access to federal resettlement benefits, such as housing.

In September last year, President Trump announced that states must actively consent to any resettlement of refugees after June 2020.

So far, the governors of more than 40 other states have said they will opt in to the government programme.

Mr Trump has made reducing immigration a key aim of his administration.

The president has slashed the number of refugees allowed into the country for the 2020 fiscal year to 18,000 – a record low.

About 30,000 refugees were resettled in the US during the previous fiscal year.

The previous lowest admissions figure was in 2002, after the 9/11 attacks, when about 27,000 refugees were allowed into the US.

What about Trump’s travel ban?

Since taking office in 2017, Mr Trump has sought to reduce the number of immigrants and refugees coming to the country. A controversial travel ban on mostly Muslim countries is one policy he has pursued to do so.

The travel ban affects nationals from seven countries, five of which are majority Muslim: Iran, Libya, Somalia, Syria and Yemen. The other two are North Korea and Venezuela.

The Associated Press reports that the Trump administration will seek to expand the travel ban to additional countries, despite being repeatedly thwarted by legal challenges.