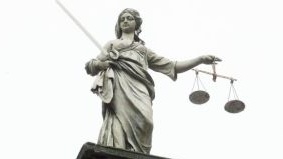 
Two Georgian nationals have been remanded in custody after they were charged in connection with a Garda investigation into people trafficking and distribution of false identity documentation.

They were arrested as a part of an operation by the Garda National Immigration Bureau (GNIB).

Sophia Grdzelishvili (45), a cleaner with an address at St Jarlath Road, Cabra, Dublin and Temuri Bazadze (22), who is unemployed and has been residing at a hotel in Clonshaugh, in Dublin, were arrested on Tuesday. They were detained under Section 50 of the Criminal Justice Act 2007 at Blanchardstown Garda Station.

They were later charged and appeared at Dublin District Court on Thursday.

The investigation was in connection with the distribution of false identity travel documentation to customers in Ireland and other EU states, Judge Bryan Smyth heard.

Det Sgt Collins alleged Mr Bazadze had a number of aliases, and he had transferred €17,500 over three years.

Tracy Horan, solicitor, said her client came to Ireland as an asylum seeker but he had family living in Ireland.

Judge Smyth refused bail and remanded him in custody to appear on December 18 next at Cloverhill District Court.

The sergeant alleged the woman’s offences involved alleged transfers totalling €97,000 between 2010 and last year. He believed she was also a flight risk and had used various names and aliases.

She pleaded for bail telling the judge she had a child in school and had lived in Ireland for 14 years without trouble.

Ms Horan pointed out the woman’s ties to the jurisdiction. She had a job and references were furnished to the judge.

She submitted that the woman would abide by any bail terms set down by the court.

Judge Smyth agreed to allow her bail in her own bond but he said there had to be an €8,000 independent surety approved.

If she took up the bail she must not apply for travel documentation, and be contactable by mobile phone. She was remanded in custody with consent to bail to appear again on December 19th next.

Another man charged in connection with the investigation was remanded in custody on Wednesday and is due back in court next Wednesday.