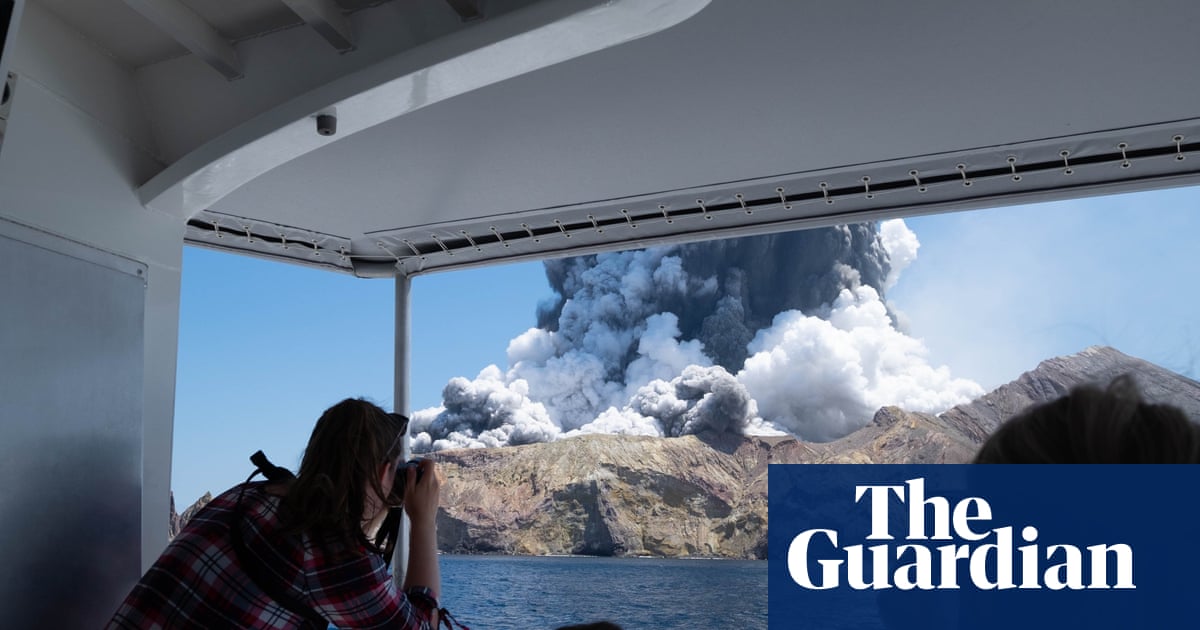 There are 16 confirmed victims of the fatal eruption on White Island/Whakaari in New Zealand. Two people are still unaccounted for after defence force operatives were unable to locate their remains during a mission on Sunday.

There were 47 people on the island at the time of the eruption, 38 of them from the cruise liner Ovation of the Seas. Those present comprised of 24 people from Australia, nine from the US, two Britons, four Germans, five New Zealanders, two people from China and one from Malaysia.

As of Sunday, there were 14 patients being cared for in four burns units around New Zealand. In the days after the blast, 13 Australians were repatriated to hospitals in their home country, one of whom was confirmed by police to have died at Concord hospital in Sydney. The Australian man’s name was not released at the request of the family.

By nationality, this is what we know of those caught up in the disaster.

Krystal Browitt, the 21-year-old Melbourne woman missing since the White Island volcano eruption, was the first victim to be identified by police from the six people whose bodies were recovered from the island on Friday.

Browitt was on the island with her sister Stephanie and her father Paul when the volcano erupted. Stephanie is in a coma in a New Zealand hospital with her mother, Marie, who stayed on board their cruise ship instead of taking the volcano trip, at her bedside. Paul Browitt is being treated for burns in hospital in Melbourne.

The family of Berend Hollander, 16, and his 13-year-old brother Matthew issued a statement saying they were “absolutely heartbroken by this loss”, which was confirmed by New Zealand police on Sunday. The two boys were students at Knox Grammar school in Sydney’s north and died in hospital. Their parents, Martin and Barbara, were on the island with the boys and are also presumed to have died.

The family had reportedly moved to Sydney from Chicago five years ago.

“Ben and Matthew were wonderfully kind and spirited boys who lived short but very fulsome lives. They loved Knox and all their friends, and the Australian sports and outdoor lifestyle they adopted on moving from the United States six years ago. They had a positive and lasting impact on everyone’s paths they crossed. The family requests privacy at this difficult time,” the statement said.

A letter from the Knox principal to parents confirmed the deaths “with the greatest sadness”.

“Please take some time to reflect on the lives of Matthew and Ben and this devastating loss for our community.”

Julie and Jessica Richards, a mother and daughter aged 47 and 20 respectively from Brisbane, were confirmed as deceased on Wednesday by a family friend. John Mickel said the family wished the mother and daughter to be remembered as “outdoor and adventurous people”.

“They really loved the cruise atmosphere but more particularly they loved the adventurism that went with all the outdoor sports.”

Julie and Jessica, a student vet, had been on board the Ovation of the Seas and had booked on a tour of the island.

Gavin Dallow, 53, and his step-daughter Zoe Hosking, 15, from Adelaide died in the disaster. Gavin’s wife and Zoe’s mother, senior Santos engineer Lisa Dallow, 48, survived and is in a critical condition in Melbourne’s Alfred hospital.

A statement from the Dallow family said Gavin was “a wonderful son and brother” and a “generous man”. “I was lucky enough to spend the test match with him, only two days prior to the trip,” said Gavin’s father on Wednesday. “That is something I will hold in my memory for a long time.”

“Our hearts break at the loss of Zoe at such a young age,” the family continued. “We know her loss will also devastate her school community and the local Girl Guides.”

Sydney man Anthony Langford, 51, was one of the Australians confirmed to have died by New Zealand police on Sunday. His son Jesse, 19, is being treated for his injuries in hospital. Jesse’s sister Winona, 17, and mother Kristine are among those presumed to have died.

The loss of three friends from the New South Wales town of Coffs Harbour – Karla Matthews, Richard Elzer and Jason Griffiths – was confirmed by their travelling companions on Wednesday.

“We are incredibly saddened to have lost three of our closest friends,” their friends Alex, Daniel, Ellie, Leanne, Paul and Samantha said in a statement issued by the Department of Foreign Affairs and Trade.

Griffiths died in hospital after suffering burns to 80% of his body in the eruption while Mathews was confirmed on Sunday by police to have been one of the victims recovered from the island on Friday. Elzer is also thought to be among those recovered.

The son of Nick and Marion London, Matt, told the Sydney Morning Herald that his parents faced a long road to recovery after receiving burns to more than 50% of their bodies.

The Londons were transferred to a Sydney hospital in a critical condition in the days following the disaster, and their son said they were also battling internal chemical burns from the breathing in toxic gases.

New Zealand tour guide Hayden Marshall-Inman, who worked for White Island Tours, was confirmed to have died by his family on Tuesday. He was described as a “very experienced guide” who “loved life” by former Whakatāne mayor Tony Bonne.

His brother, Mark Inman, told The Project New Zealand: “He was a guy that would do anything for anyone. I read a post from someone on Facebook yesterday or last night, saying he leaves $5 in the local dairy for whoever can’t afford something, every week he goes in.”

The death of 24-year-old Tipene Maangi, who also worked as a tour guide on the island, was confirmed by New Zealand police on Sunday.

Te Ao Maori News reported that Maangi, from Te Whānau a Apanui, worked as a tour guide for White Island Tours and had only been working there for two months, according to his relation Craig Teddy.

According to a Givealittle page set up to assist the recovery of Kelsey Waghorn, the 25-year-old marine biologist was guiding a tour group when the volcano erupted on Monday. It said she was in a critical condition with severe burns and was undergoing regular surgery for skin grafts.

Jake Milbank, 19, was also working as a tour guide on the island when he was caught in the eruption. Reports said he received burns to 80% of his body and was in a critical condition in Middlemore hospital’s ICU.

There were reportedly six US tourists in hospital following the explosion.

Husband and wife Pratap and Mayuri Singh, from Atlanta, were reported to be in a stable condition in Middlemore hospital.

Ivy Kohn Reed, 51, from Massachusetts and her husband Rick Reed were also injured. Ivy Kohn Reed’s brother, Marc Kohn, told Stuff.co the couple had severe burns and had undergone surgery to clean their “scorched skin”, but were expected to recover.

Barbara Barham told the Washington Post on Monday that her daughter Lauren Urey, 32, and husband Matthew Urey, 36, had plans to visit a live volcano and weren’t concerned about possible eruptions.

“She said they were going to the volcano,” Lauren’s mother, Barbara Barham, told the Washington Post. “My husband was joking around and said, ‘I hope it’s not a live volcano.’ ”

An unnamed Malaysian man, who was a permanent resident of Australia, was injured in the eruption, according to the Malaysian high commission in Washington.

The British high commission to New Zealand confirmed that two unnamed women were hurt in the disaster.

Long-term Australian residents Annie Yongan Lu, 26, and her 56-year-old mother, Alice Xioman Zhang were recovering in a New Zealand hospital, according to a Chinese-language report on Thursday.

Angelika Westenfelder, 63 and her husband Horst, 63, are still thought to be missing.