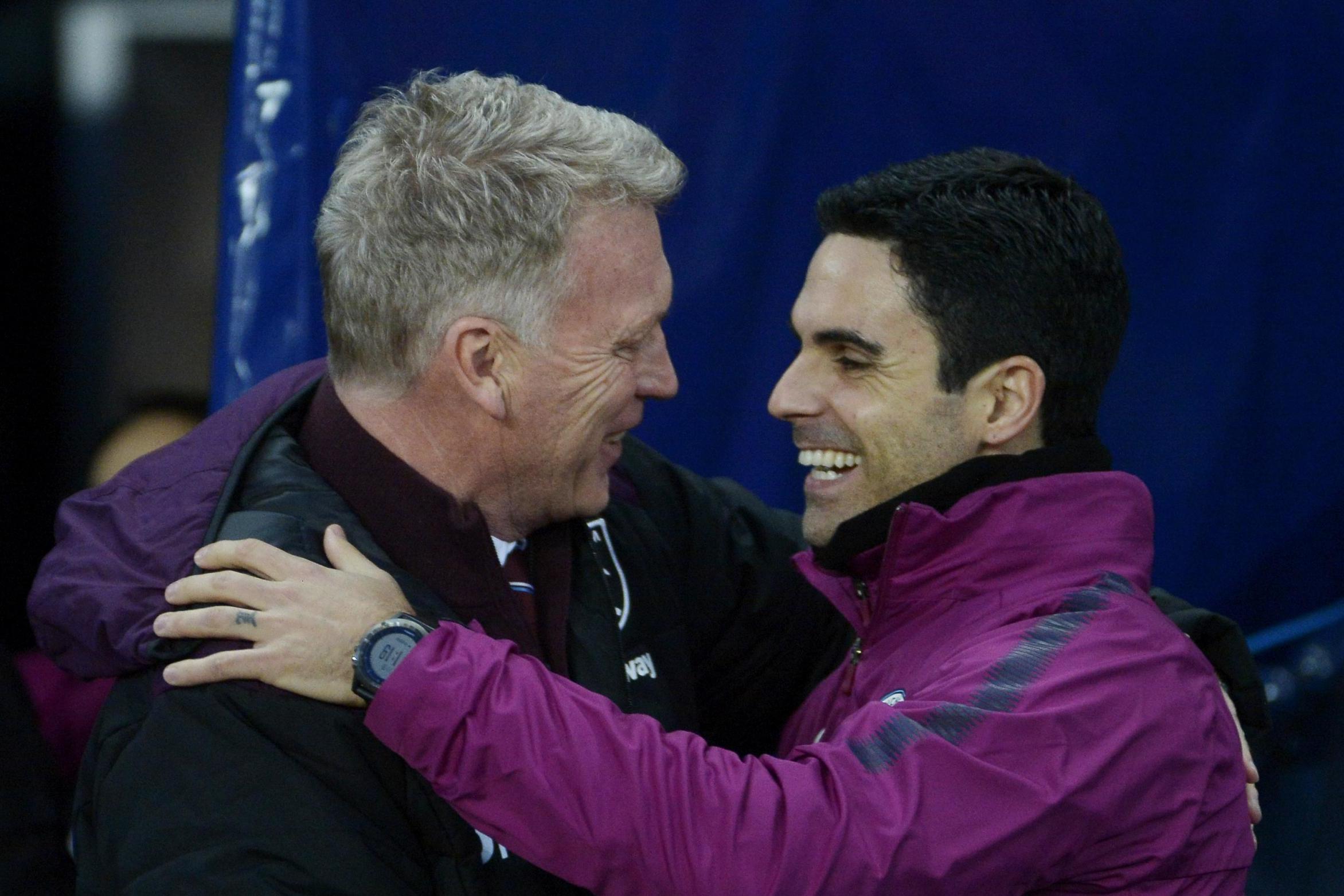 Arsenal head coach Mikel Arteta has revealed his admiration for David Moyes and believes the West Ham boss was harshly treated during his time at Manchester United.

Arteta and Moyes will go head-to-head on Saturday when the two clubs meet at the Emirates Stadium, but before that they worked together for seven years at Everton.

Moyes was Arteta’s coach during the Spaniard’s playing days at Goodison Park and the pair formed a close bond.

They went their separate ways in 2011 as Arteta joined Arsenal and two years later, Moyes took over at Manchester United to succeed Sir Alex Ferguson.

The Scot did not last long at Old Trafford and was sacked by April 2014, but Arteta believes his old boss was harshly treated at the time.

“The thing that I admire is the person who he is, his values, how he deals with people, how he treats people and how he treated the players when they were there,” said Arteta.

“How well he deals with creating a culture around a club, a chemistry between the players and a belief that we could do something as a team. And then he works really hard.

“He is extremely demanding, he’s got character, Scottish character that is impulsive and I really enjoyed my time playing under him.

“I think he had a lot, obviously the Manchester United situation, I think what happened there was very harsh on him. I know how he is as a manager and my opinion hasn’t changed at all.

“I spoke with him a few times, he has always been very supportive. He has a great belief in me and we maintain a really good relationship.”

Since leaving Manchester United, Moyes has sought to rebuild his career and he first travelled to Spain to take charge of Real Sociedad.

A stint at Sunderland followed that, while the 56-year-old is now back at West Ham for a second spell in charge after parting ways with them in May 2018.

Moyes has, in recent times, been accused of being an old-fashioned coach who is being overtaken by youngsters such as Arteta. The Spaniard, however, disagrees with that and believes his former boss has shown he can adapt.

“I don’t think he is like that, and if he does things he used to do 20 years ago it’s because he is fully convinced it is the right thing to do for his players.”