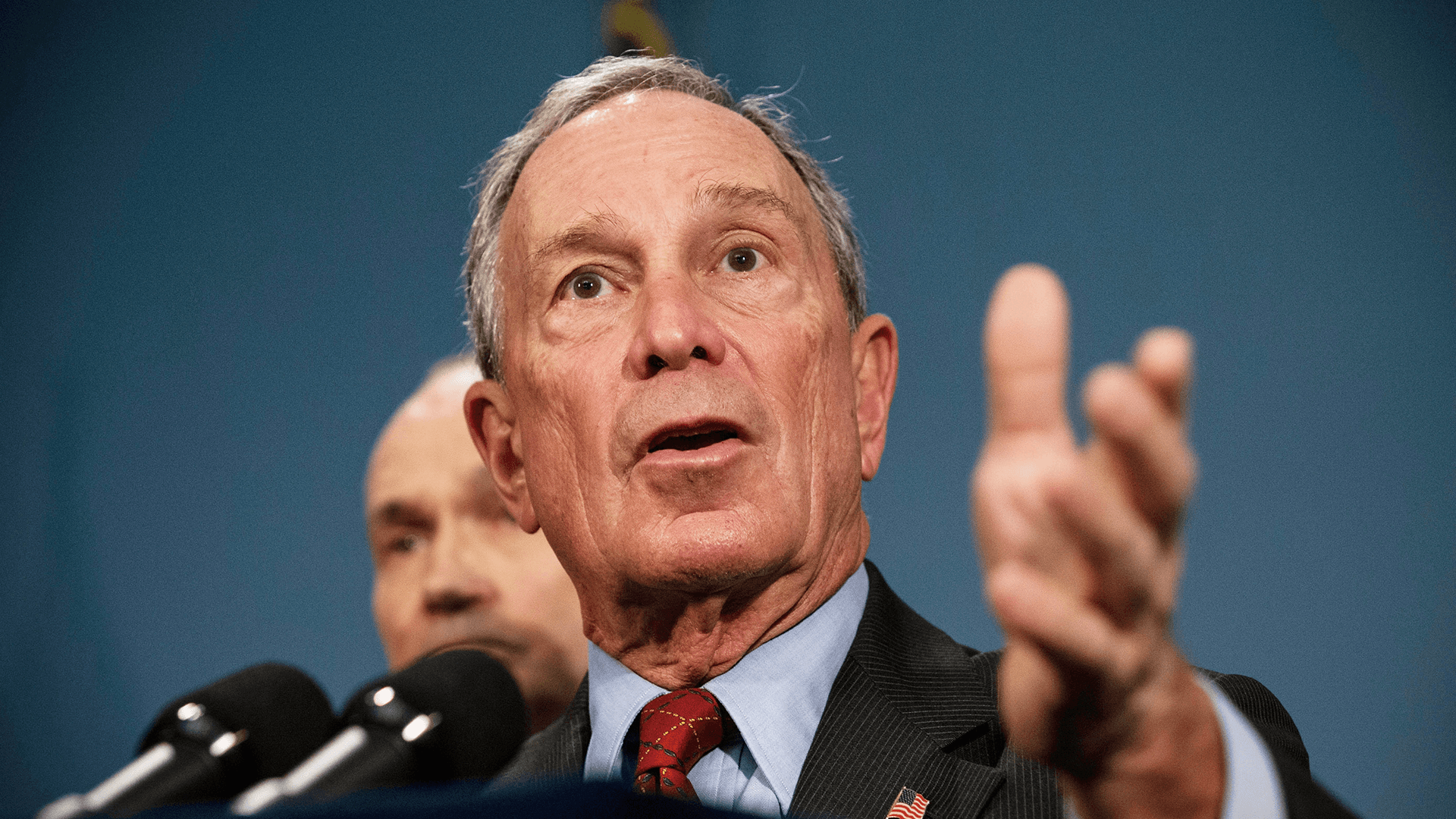 
A video of the remarks was obtained by POLITICO.

At the time, Bloomberg had locked horns with the NYCLU over stop-and-frisk. The group vehemently opposed the policing tactic and was pushing legislation to make it easier for those targeted by it to sue the city.

In the same video, Bloomberg laid out a defense of the policy, denying it was racially biased.

“The legislation is based on the false allegation that the NYPD disproportionately stops young men of color, but as you know, stops are made based on descriptions of suspects and suspicious activity only,” Bloomberg said at the time. “And the sad reality is on the streets of our city, 90 percent of murder suspects and murder victims are black and Latino. And black and Hispanics are the overwhelming majority of suspects in other violent crimes.”

The resurfaced video comes as the billionaire businessman is reeling from an incendiary 2015 recording in which he described “stop and frisk” in starkly racial terms. “The way you get guns out of minorities’ hands is to throw them up against the wall and frisk them,” Bloomberg said in the 2015 audio, which drew widespread media coverage last week and a renewed push by Bloomberg to apologize for his past embrace of stop-and-frisk.

Bloomberg’s 2015 description of the policy seems to contradict his remarks in the 2013 video. Speaking to NYPD brass, he rejected claims that stop and frisk is racially biased.

“The truth of the matter is, comparing stops to the general population is just not rational. Comparing stops to the witnesses’ description of suspects and the identification of suspicious activity — which together reflect the racial and ethnic breakdown of criminal activity — is what matters. And the numbers put the lie to the racist allegations. In fact, the percentage of stops of blacks is less than that of whites and Asians when adjusted for crime reports.”

It wasn’t the only time Bloomberg drew fire for comparing local groups on the left to the NRA. In 2007 and 2013, Bloomberg did the same with the local teachers’ union.

Referring to leadership of the United Federation of Teachers, Bloomberg said in 2013: “The NRA’s another place where the membership, if you do the polling, doesn’t agree with the leadership.”

It drew a stern rebuke then from the now-head of the national teachers union, Randi Weingarten.

“This was disgusting and the mayor is wrong,” Weingarten said at the time. “He’s been a real leader, nationally, on gun control. And by comparing the NRA and the [teachers union], it cheapens his advocacy about gun control at a time when we need his advocacy to be sharp.”

The teachers union was irate over Bloomberg’s NRA comparison in part because it came just a month after the Sandy Hook elementary shootings in Newtown, Conn. In a letter to Bloomberg at the time, Weingarten noted that two members of her union were among those gunned down.

On Saturday, Weingarten, who until 2009 headed the United Federation of Teachers in New York, said she and Bloomberg “had a complicated relationship” at the time.

“In New York there’s a lot of fierce comments,” she said. “I don’t think he believes that anymore and I would hope he didn’t believe it when he said it.” The two have mended fences: In 2018, she and Bloomberg penned a joint op-ed promoting higher teacher pay.

“What it said to me is that he viewed us as responsible for the hostility and opposition he was facing and the police department was facing over stop and frisk,” NYCLU Executive Director Donna Lieberman added on Saturday.

Stu Loeser, a Bloomberg campaign senior advisor and his longtime mayoral spokesman, said the “reference to the [teachers union] was something Mike said in the heat of the moment that he now regrets.”

Earlier this month, Bloomberg paid about $10 million for a Super Bowl ad targeting gun violence and the NRA. It was the latest offensive in his years-long battle against the group’s strategy of punishing elected officials who stand in its way.

The latest election results sent straight to your inbox.

That level of disdain gives more weight to Bloomberg’s remarks comparing Democratic groups to the NRA. Bloomberg already faces the challenge of seeking the Democratic nomination after identifying for most of his adult life as a Republican. His past comments risk alienating key liberal constituencies as he seeks to build support for his unorthodox campaign.

The past episodes also reflect the tenuous relationships Bloomberg had with unions during his three terms as mayor. It’s clear tensions with the New York teachers union were still high when Bloomberg announced for president in late November.

“His thin skin didn’t allow him to deal with the fact that teachers went out on the streets telling people not to believe him. Hence, we’re the NRA,” Mike Mulgrew, president of AFT’s New York affiliate, said Saturday. “As long as you agree with him, you’ll get along great. When you don’t agree with him and you stand your ground? He’s not trustworthy at all.”

Bloomberg’s campaign lauded his past work in education, citing a 42 percent increase in high school graduation rates, with the biggest gains among African-American and Latino students.

“It’s easy to look at 20 years of public life and find [statements] you don’t like,” Loeser said in the statement, arguing that the totality of Bloomberg’s record is what matters. “Mike doubled New York City’s education budget and paid teachers closer to what they deserve with a 43 percent increase in teacher pay. No other candidate running for president has anything remotely close to Mike Bloomberg’s record of actual accomplishments in education, and we appreciate that this old video gives us the chance to talk about it.”