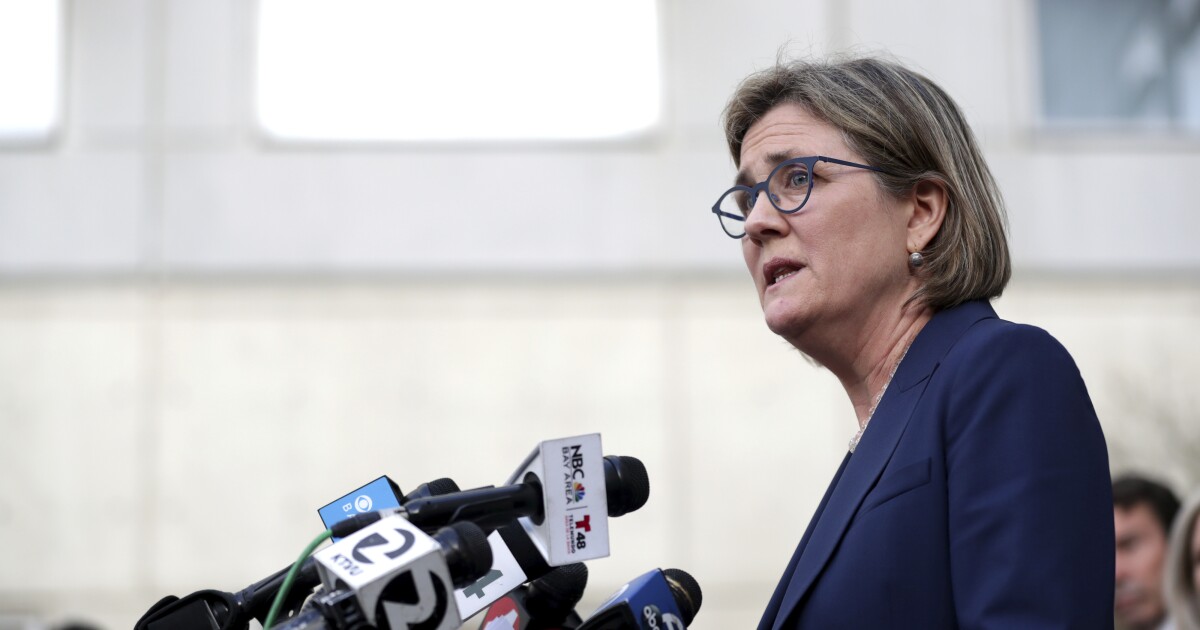 Santa Clara County, with 48 confirmed coronavirus cases and one death, as of Wednesday, has California’s largest number of confirmed infections. After declining an earlier recommendation to halt mass gatherings late last week, the San Jose Sharks said the team would abide by the county’s new order at SAP Center in downtown San Jose, which is enforceable by the county sheriff and city police agencies.

“We are clearly facing a historic public health challenge,” the Santa Clara County health officer, Dr. Sara Cody, said at a news conference Monday night. “The number and type of cases to date indicate that the risk of exposure to this virus in our community is increasing.”

“Because our emerging data tells that we have more extensive community spread than was apparent to us even five days ago, we must take more actions to slow the spread of disease and to protect the public,” Cody said.

It’s not clear why Santa Clara County is seeing a particularly fast rise in cases over other counties. Coronavirus cases could be on the sharp rise elsewhere, but a lack of testing capability is thwarting officials’ ability to track the spread of disease. More testing recently became available in Santa Clara County, and, “as we’ve tested more people, we’ve found more cases. And we anticipate many more cases as commercial laboratories come online to test for this illness,” Cody said.

Older adults and those with underlying health conditions, such as diabetes, obesity, asthma, disease of the heart, lung or kidney, and those with weakened immune systems, are at much greater risk for severe illness and death. The virus can cause severe illness by moving from the throat, nose and sinuses into the lungs and airways, where it hijacks those cells, destroying them and spreading more copies of the virus throughout the body.

Health officials have expressed strong worry about the virus getting into more nursing homes or long-term care facilities like the one in the Seattle suburb of Kirkland, where 19 people associated with a single nursing home, Life Care Center of Kirkland, have died from the coronavirus. That’s out of 22 deaths in all of Washington state.

Dr. Anthony Fauci, director of the National Institute of Allergy and Infectious Diseases, said it’s imperative nursing homes get up to speed with regard to infection control. “You saw what happened in the Seattle area — that’s not the last time that’s going to happen,” Fauci said in a video interview Friday with the Journal of the American Medical Assn.

Now that authorities have lost the ability to contain the virus to limited numbers of people in California, social distancing, or asking people to avoid crowds and keep people away from each other by six feet, is now one of the only tools public health officials have to slow the spread of the virus.

“It’s easier for a hospital to take care of one new infection per day for two weeks than to have 14 infections all in one day,” Cody said. “Sudden increases in infection can exceed the surge capacity of hospitals and healthcare systems.”

San Jose Mayor Sam Liccardo urged the public to comply with the public health directives and recommendations, like encouraging those who are sick to stay at home.

“These are trying days. And the weeks ahead are going to be difficult for everyone in our community,” Liccardo said. “And I am confident that if we take care of each other and we work together, we are collectively stronger than this virus.”