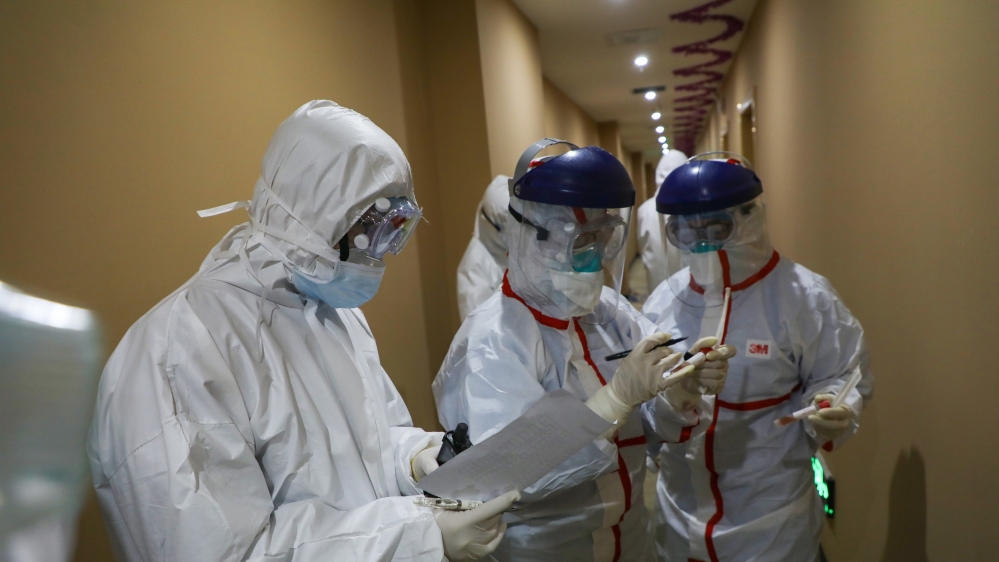 The death toll from the coronavirus outbreak in China rose to 490 as of Tuesday, after Hubei, the province where the virus is thought to have originated, reported 65 people had died from the flu-like infection.

China’s National Health Commission said on Wednesday the number of confirmed infections in the country rose to 24,324 after an additional 3,887 people were diagnosed with the virus.

Other countries have rushed to evacuate their citizens from Hubei and its capital city, Wuhan, while many have also imposed extraordinary travel restrictions on travellers to and from China.

Countries outside China continue to report more cases, with Hong Kong and the Philippines reporting a single death from the disease.

The head of the World Health Organization (WHO) has called for greater solidarity among the international community, and criticised governments for being “well behind” in sharing data on virus cases. He said he had received complete case report forms for only 38 percent of the cases outside China.

Here are the latest updates:

Japan to send fourth chartered flight to Wuhan on Thursday

Japan’s Foreign Minister Toshimitsu Motegi said on Wednesday that Japan would send a fourth chartered flight to Wuhan to bring back about 200 people.

The passengers could include Japanese nationals as well as their Chinese spouses, Motegi told reporters. The flight is expected to take place on Thursday.

Tokyo Olympics organisers on Wednesday said they were increasingly concerned about the disruption the coronavirus is causing ahead of the games, which open in just under six months.

Chief Executive Officer Toshiro Muto sounded a grave note speaking at a meeting with officials of the International Paralympic Committee.

“I am seriously worried that the spread of the infectious disease could throw cold water on the momentum toward the games,” Muto said, speaking in Japanese. “I hope that it will be stamped out as soon as possible.”

Saburo Kawabuchi, the mayor of the Athletes Village where 11,000 Olympians will stay, also betrayed his concerns.

“I truly hope that the infectious disease will die down somehow so that we will be able to operate the Paralympics and Olympics smoothly,” he said. “In the worst case — we will do our utmost for the athletes so that they will be able to concentrate on performing their best.”

New Zealand evacuation flight on way to Auckland from Wuhan

A flight carrying New Zealanders, Australians and citizens of smaller Pacific countries from Wuhan is expected to arrive in Auckland later on Wednesday, authorities said.

Britain’s Foreign Office said late on Tuesday that it would charter another civilian aircraft to evacuate British nationals and their dependants from Wuhan on Sunday. It will be their last chance to leave.

“The Foreign Office is chartering a second and final UK flight with space to help all British nationals and their dependants remaining in Hubei to leave,” Foreign Secretary Dominic Raab said in a statement.

Britain had earlier advised its citizens to leave China if they were able to, to minimise their risk of exposure to the virus.

At least 10 on quarantined cruise ship confirmed with virus

At least 10 people on a cruise ship quarantined in Yokohama have tested positive for the coronavirus, Japan’s Health Minister said on Wednesday.

The Diamond Princess, with 3,700 people on board, was quarantined after a passenger who got off the liner in Hong Kong was diagnosed with the virus.

The number of infected could rise as screening continues. 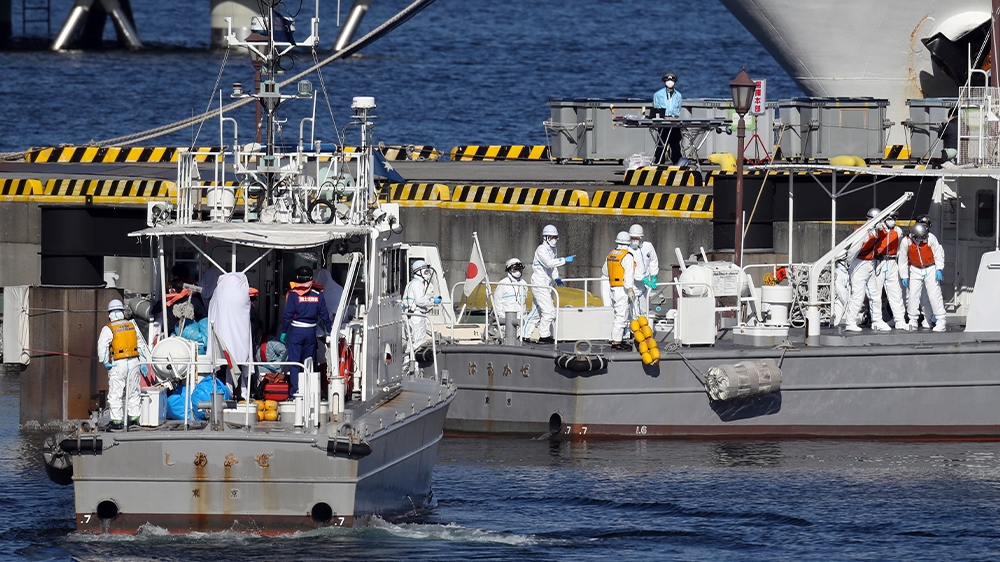 The Department of State said it may operate additional evacuation flights for US citizens in Wuhan on Thursday.