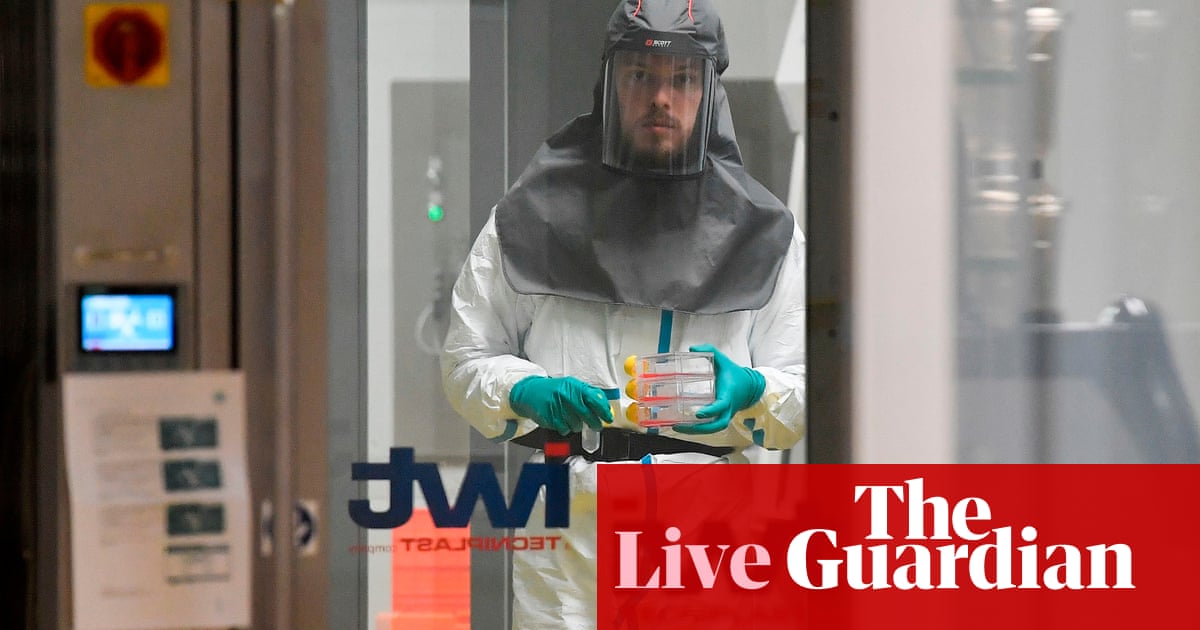 A young woman in her 20s in Mexico has tested positive for Covid-19, bringing the total number of cases for the country to four. All cases are linked to recent travel to Italy.

The woman, from northern Coahuila, was not showing symptoms. She had recently traveled to Milan.

An alarming story from our Beijing correspondent, Lily Kuo, on citizen journalist Li Zehua who is missing, presumed detained.

He’s one of many for whom the coronavirus crisis has led to a political awakening and a demand for free speech.

“I don’t want to remain silent, or shut my eyes and ears. It’s not that I can’t have a nice life, with a wife and kids. I can. I’m doing this because I hope more young people can, like me, stand up,” he says. The live stream, posted on Weibo, where it was later deleted, and on YouTube, shows two men in plain clothes entering the apartment and then cuts out.

An interesting report from Reuters, about Indonesia, which continues to say it has seen no cases, despite some infections around the world linked to travel to or through Bali:

Indonesia has the resources to cope with a coronavirus outbreak, the director of its leading infectious diseases hospital said, defending detection procedures in the Southeast Asian nation of more than 260 million, where no cases have been reported.

The world’s fourth most populous nation has tested 141 suspected cases, a small figure for its population, sparking concern among some medical professionals of a lack of vigilance and a risk of undetected cases.

Neighbouring Malaysia has reportedly run about 1,000 tests, and Britain more than 10,000.

“We can’t doubt our skills and the facts we gather,” said Muhammad Syahril, director of the Sulianti Saroso hospital in Jakarta, the capital, when asked why Indonesia had detected no cases.

The coronavirus outbreak in Hong Kong has not reached its peak yet, he Dean of the University of Hong Kong’s Faculty of Medicine, Professor Gabriel Leung, warned on Sunday.

RTHK reports Leung said it was too soon to tell when the outbreak would be end, and people should remain vigilant.

“The rest of the world actually views Hong Kong, along with Singapore, as the gold standard in epidemic control,” he said.

“If you look at these two places, we have very similar absolute numbers of confirmed cases, yet we have a population that is one third bigger then Singapore, so – on a per capita basis – we’re not doing too badly.”

Samsung Electronics has closed one of its factories in South Korea, according to Yonhap news agency.

The mobile device factory in Gumni, near Davey, was closed after a worker tested positive for the coronavirus.

It has been closed for a short time last month after an earlier case was discovered.

Some more details on that death in Thailand.

Citing an unnamed health official, Reuters is reporting that Thailand has seen its first Covid-19 death.

I’ll be handing over to my colleague, Helen Davidson, shortly, but before that, here’s a summary of the top points so far.

Thailand now has 42 cases of Covid-19, after a 21-year-old man tested positive on Saturday, the Bangkok Post reports.

Sukhum Kanchanaphimai, the permanent secretary for public health, said the man’s job brought him into contact with foreign tourists and he fell ill on 24 February, before seeking treatment the following day. He’s currently in hospital in Bangkok.

The country has not reported any deaths from the virus but, as of Sunday, authorities will have greater powers to act after the Public Health Ministry designated Covid-19 a dangerous communicable disease.

Tourism in many parts of Thailand has suffered, with travellers curtailing their journeys amid fears of the virus’s spread.

American Airlines will suspend all US flights to Milan. It announced the move just hours after the US State Department said it was raising its travel warning for parts of Italy due to the coronavirus outbreak to Level 4 or “do not travel”. This covers travel to Lombardy and Veneto, in Italy’s north.

American said it will suspend flights to and from Milan, from New York-JFK and Miami until 24 April, citing a reduction in demand.

Vice President Mike Pence, who is heading the US response to the virus, said on Saturday that the State Department will work with Italy to coordinate medical screening of any individuals coming to the United States.