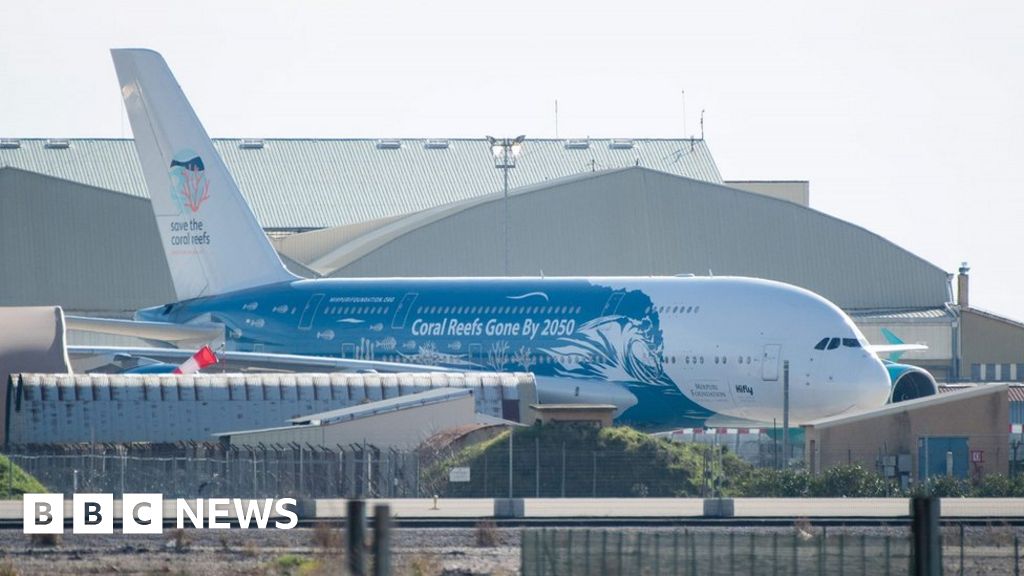 More British nationals have been flown back to the UK from Wuhan in China, the centre of a new coronavirus outbreak.

Eleven Britons have arrived at RAF base Brize Norton, Oxfordshire, after taking a French flight to Marseille earlier.

They are going to Arrowe Park Hospital on the Wirral, where 83 others who were evacuated from Wuhan last week are spending two weeks in quarantine.

Joshua Drage, one of those in quarantine, said it was “unsettling” when he first arrived back in the UK.

“The first thing you’re met with is a bunch of people in hazmat suits, which makes you feel like it’s a lot worse,” said Mr Drage, from Dungannon, County Tyrone, who had been in Wuhan teaching English.

He told Radio 4’s Broadcasting House programme those in quarantine are wearing masks, adding: “Since none of us really knows who has and who doesn’t have the virus… it’s just safer for everyone if everyone follows the precaution.”

The first group of evacuated British nationals arrived in the UK on Friday. Eighty-three Britons are staying in two apartment blocks normally used to house nurses. The nurses have been moved to local hotels.

Lecturer Yvonne Griffiths, 71, from Cardiff, said she had been put in a shared flat with four separate rooms, a kitchen and a lobby area, where food and drinks were delivered.

Speaking on her third day in quarantine, she said she had “some interaction” with the others in her flat.

“People go [to the lobby] to collect things and also pick up food and some people will stand having their food together, but all wearing masks,” she said.

“Obviously you have to put your mask down a little for you to eat.”

What is happening with British evacuees?

The 11 Britons who came via the French flight will be kept separately from the 83 already at the Wirral hospital.

Foreign Secretary Dominic Raab told Sky News’ Sophy Ridge he was “very grateful for the co-operation” from the French authorities.

He told the BBC’s Andrew Marr programme the government believes there may be around 30,000 British citizens still in China and will “do everything we can” to ensure those who want to leave have the opportunity to do so.

What about the two cases in the UK?

On Sunday a Public Health England spokeswoman said they were continuing to make good progress in tracing anyone who had close contact with two people diagnosed with the virus in the UK.

The two Chinese nationals – who are related – were taken ill at a hotel in York last week and are now being treated at a specialist facility in Newcastle.

One of the pair was a student at the University of York but was not on campus or in student accommodation before or after their exposure to the virus, the university said.

Dr Will Zhuang, president of the York Chinese Association, said he understood the pair had not arrived in York as part of a large tour group, and had only been in contact with one or two other families before falling ill.

Has it affected the Chinese community in Britain ?

There have been some reports of racism aimed at Chinese and British Chinese people in the UK following the outbreak.

The Chinese Community Centre in Birmingham said: “Sadly, we’re hearing that abuse against Chinese people in the UK has increased since coronavirus has spread.”

Paediatric nurse Lucy Li, 35, from Wanstead, east London, said her 11-year-old daughter “reported last week that children are telling each other to ‘stay away from all Chinese people because they are ill due to the virus’.”

Ms Li, whose parents came to the UK from China in the 1960s, added: “Even when I went to the doctors, when I coughed I could see people moving away from me.

“I can’t walk down the street without unwanted attention. It’s degrading and enough is enough.”

Chinese businesses have also said they are suffering. One restaurant owner in London’s Chinatown said Friday’s news that the virus had reached the UK prompted “immediate cancellations”.

Martin Ma, general manager at Jinli, which has two branches in Chinatown, said the restaurants were having “a hard time”. In his flagship restaurant, he estimated bookings were down by 50% this weekend, with losses of around £15,000.

“Normally we have queues going out of the door,” Mr Ma told BBC News.

Some Chinese nationals who are studying in the UK have been unable to return from China because of travel restrictions imposed after the coronavirus outbreak.

The University of Derby said 15 of its students remained in China. Three students, who have already returned, have been asked to isolate themselves but are not showing symptoms, the university said.

What is the government’s health advice?

The government has launched a public health campaign urging people to use tissues when they cough or sneeze and to wash their hands regularly.

The NHS-branded adverts, aimed at slowing the spread of the new coronavirus, are appearing on social media, radio and in newspapers.

The adverts will also appear on outlets and online forums frequented by Chinese nationals in Britain.

Last week, the risk level to the UK was raised from low to moderate as the World Health Organization declared an international public health emergency.

The Department of Health said no further positive cases had been confirmed in the UK by 14:00 GMT on Sunday.

Sixty-three more people have been tested for the virus in the past 24 hours, with a total of 264 people testing negative from 266 tests, the department said.

The death toll from the new virus, which is officially called 2019-nCov, now stands at more than 300.

More than 13,000 cases have been confirmed and a small proportion of those – around 100 – have been identified outside China. The UK, US, Russia and Germany have all confirmed cases in recent days.

Learn more about the new virus

Do you have information to share? Please get in touch by emailing [email protected].