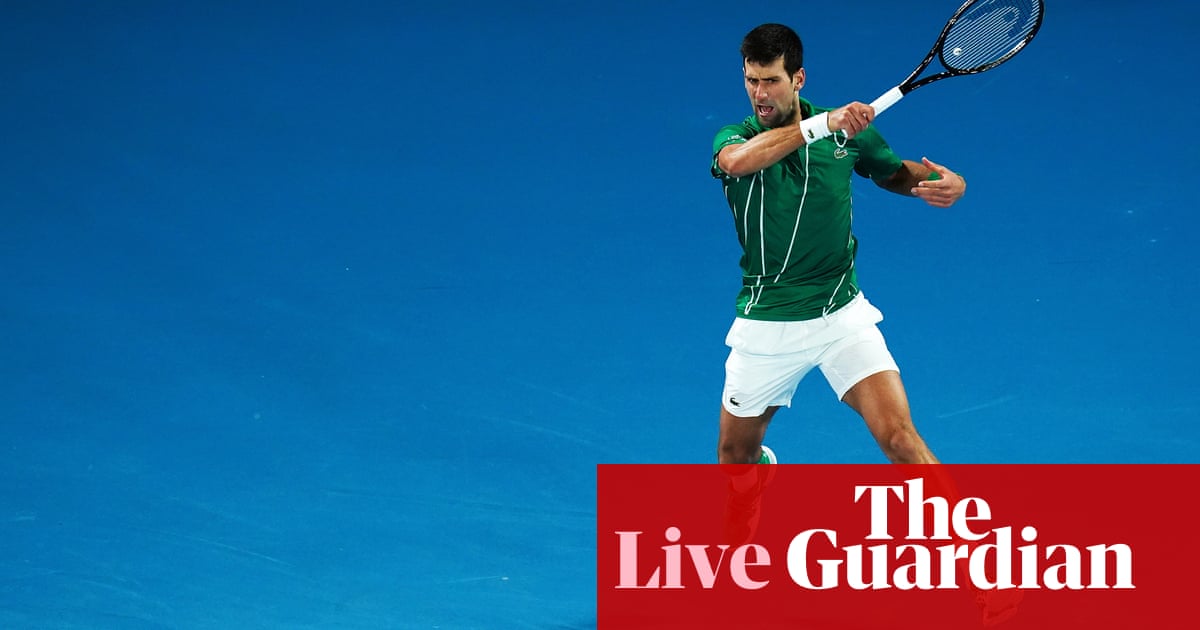 
Fifth set: Novak Djokovic 6-4 4-6 2-6 6-3 3-1* Dominic Thiem: Djokovic survives an excruciatingly tense service game, saving two break points to hold. On the first break point, Thiem set up the point well but then he sent a aggressive forehand into the net. He responded by immediately generating a second break point with a vicious crosscourt backhand.

This time, Djokovic responded. He completely changed things up with a serve and volley on break point. He did just enough with the backhand volley to force the error. At deuce, with the tension at its peak, Djokovic then had the clarity to throw in an excellent drop shot. With a final missed backhand from Thiem, Djokovic held.