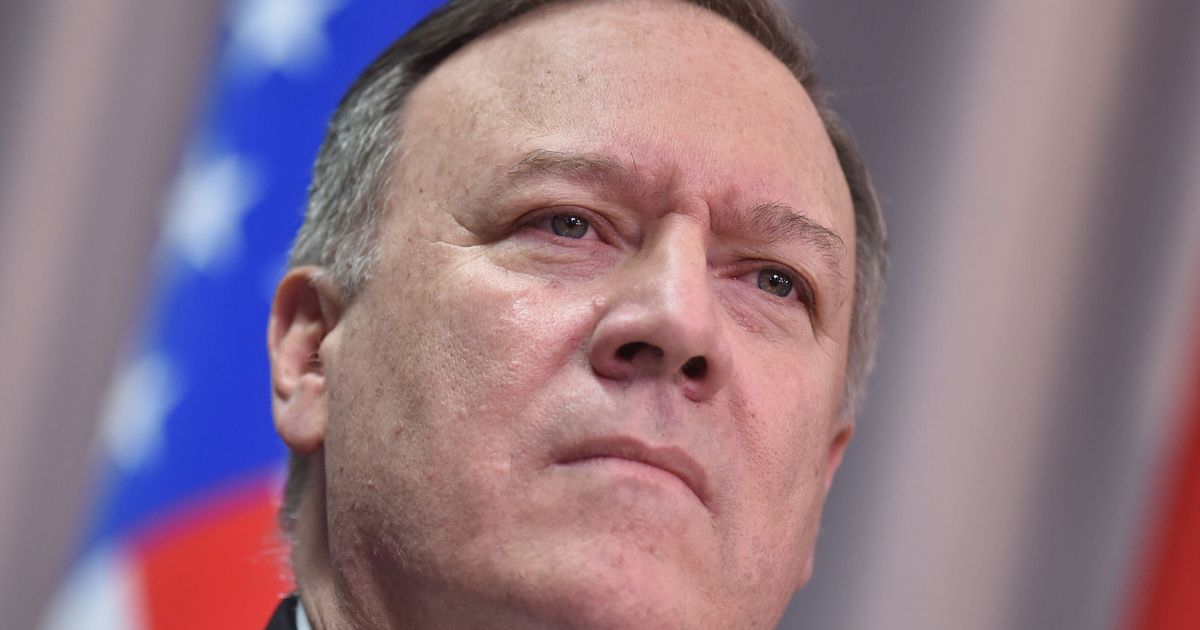 Secretary of State Mike Pompeochampioned a free press for Kazakhstan Sunday, days after cutting a National Public Radio journalist from the trip following his rant over questions about Ukraine.

Pompeo told Kazakh journalist Aigerim Toleukhan in an interview that freedom of the press helps “build out civil societies” — and that the United States was willing to show the media there how to do it. “As a journalist, I’m sure you know the good work the State Department does to train journalists in press freedoms,” he said.

Toleukhan pressed him to reconcile his praise for a free press with his treatment of NPR and his “confrontational” interview over Ukraine. “What kind of message does it send to countries … whose governments routinely suppress press freedom?” she asked.

Pompeo excused his behavior by accusing NPR of a lack of honesty.

Just over a week ago, Pompeo launched an off-air profanity-laced tirade against Mary Louise Kelly, the co-host of NPR’s “All Things Considered,” after she dared to ask him questions about Ukraine — even though she had cleared the subject with the State Department beforehand.

Pompeo didn’t dispute his rant against Kelly, but he insisted it was off the record, which NPR has denied. Days later, NPR’s diplomatic correspondent Michele Keleman was cut from Pompeo’s current trip to Britain, Ukraine, Belarus and Central Asia.

He said that members of the press who travel with him must conform to “certain sets of behaviors, and that’s simply telling the truth and being honest. When they’ll do that, they get to participate.”

Pompeo added that the message his treatment of NPR is a “perfect message about press freedoms.”

The State Department Correspondents’ Association issued a statement last week objecting to the decision to cut Keleman from Pompeo’s trip, saying it appeared to be retaliation for Kelly’s questions.

Toleukhan tweeted after her interview that she was “exhausted.” She added: “I did my part — asked questions that need answers.”

There was no immediate response from Kelly or NPR to Pompeo’s interview. But Kelly wrote in a New York Times opinion piece after Pompeo “shouted” at her that reporters aren’t aiming to score “political points” by asking officials tough questions. “We do it … on behalf of our fellow citizens. And then sharing the answers — or lack thereof — with the world,” she wrote.

The “stakes are too high for their impulses and decisions not to be examined in as thoughtful and rigorous an interview as is possible,” she added.