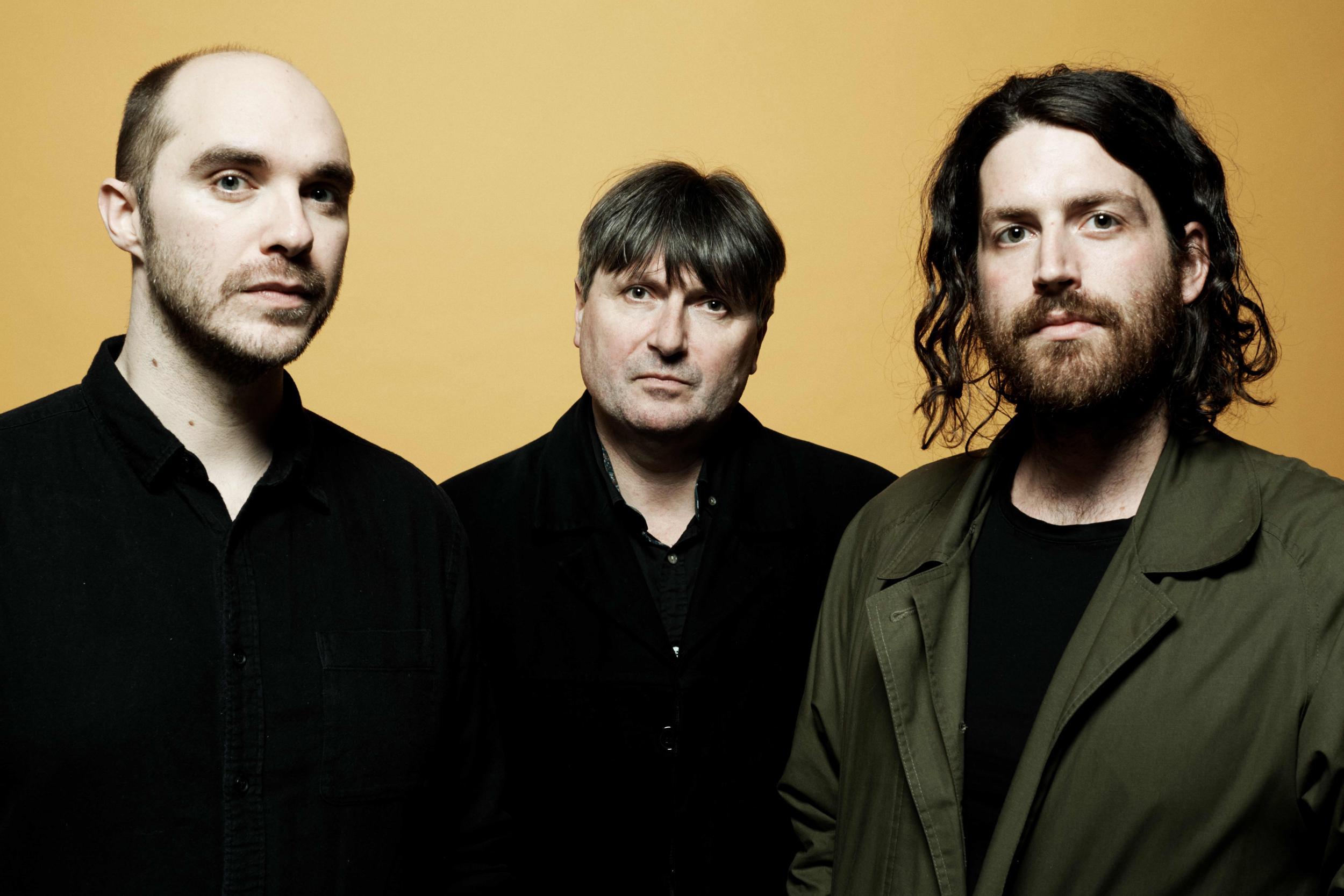 It’s a very crowded news agenda at the moment,” says Simon Armitage, thinking back over the long weeks of pandemic, political wrangling, Black Lives Matter rallies. “But I’ve always been somebody who’s been happy to tackle current, topical subjects and write about public events – that’s something that I’ve been doing for the past 30 years.”

In that sense, he adds, his appointment to poet laureate last year was something of a natural progression, even if there was more fanfare to the public poems he has written since – to mark the 200th anniversary of the Royal Astronomical Society, say, or the 70th anniversary of the Access to the Countryside Act, or the bicentenary of Keats’s six famous Odes.

Still, when he took the post on, he could hardly have foreseen how the world would unspool in just 12 months, or how the national poet might play a part. “I wouldn’t be surprised if some of those things that have been written and spoken about constantly over the last few weeks start entering my notebook,” he says. “Because it’s all I can see and think about.”

He has already written “Lockdown”, a piece that married the outbreak of the bubonic plague in 17th-century Eyam (the Derbyshire village that chose to quarantine itself to stop transmission of a disease that ended up killing many of its inhabitants) and the epic poem Meghaduta, by the Sanskrit poet Kalidasa (about an exiled nature spirit trying to send a message to his wife via a cloud). “Lockdown” was published widely in print, but also recorded and released as a single with his band LYR, the proceeds donated to the domestic abuse charity, Refuge.

Today, Armitage is on the line from his study at home in Holmfirth, West Yorkshire, where he has been spending lockdown with his wife, radio producer Sue Roberts, and daughter Emmeline, now in her second year of university. “Are you not in your shed?” I ask, then immediately apologise: I imagine everyone asks him that now. “People expect me to be wearing it,” he says, “like some strange outfit.” This is thanks to the success of The Poet Laureate Has Gone to His Shed, a BBC podcast series in which the 57-year-old retreats to his garden shed to translate the Middle English poem “The Owl & the Nightingale”, and while there, interviews a selection of guests, from the performance poet Kate Tempest to the hip hop artist Testament, via Judge Melanie Plimmer.

But a poet cannot always live in his shed. There is, he points out, no wifi there. “So I’m really in the shed when I’m writing, and all the paraphernalia that goes with writing, that’s more than writing, that all happens in there.”

For three years, among that paraphernalia was a dictaphone – “a very mechanical contraption, with this big furry cover on it” that sat on his desk “just gathering dust and attracting insect life”. It had been sent to him somewhat hopefully by the musician Richard Walters, after Walters had recorded a version of Armitage’s poem “Redwoods” in 2011, and the pair had discussed a collaboration.

“And I eventually had a bit of time and I started making a file of poems that didn’t really have a home,” he recalls. “They were kind of orphan pieces, some of which I’d published, but they were always a little bit… promiscuous. They were looking for collaboration. They needed another element. Or I sometimes read them at readings, so they were performative.”

Armitage spoke them into the dictaphone and posted it back to Walters, who by then had come to wonder whether the poet simply thought it all a preposterous idea. In his studio in Hampshire, Walters somewhat nervously listened back to the recordings. “The first thing was just him laughing hysterically,” he remembers. “And I thought, ‘OK, this is going to be a disaster.’” But then came the poems. “And I just felt as if I’d discovered treasure.”

Walters enlisted the Devon-based multi-instrumentalist and producer Patrick Pearson, who admits that at first, he did not even listen to Armitage’s words. “Maybe because I had my production hat on,” he laughs, “I concentrated on how they felt, on tempo and delivery and phrasing.” He listened to Armitage’s voice, to his distinctive Yorkshire accent, and thought of the landscape where the poet lives, and its similarities to the moors of Devon. “I think imagining what he saw when he wrote these pieces helped that connection,” he says, so that even though the songs largely took shape remotely, they still have an intensity and closeness. “The process,” he adds, “is incredibly rare.”

Together, Armitage, Walters and Pearson became LYR – which stands for Land Yacht Regatta – and their album, Call in the Crash Team, was released late last month. It is an extraordinary work. Armitage’s words taking on a new urge and dimension in the hands of Walters and Pearson.

The songs are a series of monologues, 11 characters who, Armitage came to realise long after he had written them, are “people on the edge, at the end of their tether or in extremis of some kind”. The opening track, for example, in which a man is still thinking about a teenage sexual encounter 10 years later: “Shall we cut to the chase/ That’s what you said/ Your mother barely asleep overhead.” Walters describes the album as feeling “like a full-length radio play” that takes in themes of abuse and disappointment and loneliness.

“Alienation is a theme that I’ve been writing about for maybe the past 10 years,” says Armitage. “Particularly in response to the idea that we’re supposed to live in a very connected world now, that’s full of communication possibilities. But it seems to be that a great many people despite that have become solitary and disconnected from community of all kinds.”

He does not inhabit the characters he writes. “I would say not at all,” he says firmly. “For me, at the moment of writing I have to go very cold, become quite detached, quite dispassionate, just because at that moment in time I feel as if I’m trying to make something – a work of art, hopefully, that’s going to create a response. And to construct that thing I need all my wits about me. So it’s no good if I’m a molten piece of jelly, because I’m not going to be able to do my work properly. So in that contact time with the paper, it feels to me more like dissecting a rat. I’ve got a lab coat on and I’m doing it under strict scientific conditions. I don’t feel the same before I write. And actually when we’ve been recording these lyrics and performing them, I’ve felt more emotional.”

In fact, he says, when he first heard the tracks back he felt “very moved and sometimes upset by the content”. They have taken him by surprise, he says, “because at the point of construction I haven’t allowed myself that level of involvement”.

It has been strange also to see how music can lift even the most mundane of words, so that it can become “utterly transcendent”. Strange, too, to see a tension between language and music – he points to the track “Great Coat”, where Pearson set the “quite downbeat and dark” lyrics that tell of a violently abusive relationship against a “very upbeat and in some cases quite ecstatic downtrack, so on the face of it these two things are pulling in separate directions but my feeling is it creates something very exciting, and unexpected”.

He is quite clear on what is a poem and what is a lyric. “I think it’s to do with something that isn’t quite there,” he explains. “So, with a poem, with a fully-constructed poem, everything is supplied: meaning, sound, orchestration, cadence. There’s nothing else comes with it, especially in its printed form. It’s got to be confident of operating in its own terms.” By contrast a lyric “is waiting for the bigger emotional element to be provided in the form of music”.

Though the three largely worked remotely, a couple of times they managed to meet up to record in a studio – an experience that Armitage, who long dreamed of being a musician, found thrilling. “There was a great joy in that,” he remembers. “A great camaraderie. Maybe of a kind that I don’t get anywhere else.” The album includes a burst of this camaraderie, an outtake from a recording session in Hackney, where Armitage, about to head into the recording booth, decided that there was a couplet he wanted to change. “I was actually trying to find a half-rhyme with ‘your worship’,” he explains, “and I just needed a few minutes to sort that out on the hoof, but I didn’t know that Pat was running the tape.” They kept it in, he says, leading the way into “Great Coat”, to reassure people that these weren’t songs made by robots.

He describes the days of lockdown as a “hazy horizon” in which he has craved what he refers to as an “endpoint”. “And I’ve really missed my friends,” he says. “I can barely talk about that without getting emotional. I’ve missed readings – I’m usually reading once or twice a week, so I’ve missed setting off, and I’ve missed coming back. Chance encounters, interactions. Things that often form the basis of writing. Just being out there in the world. I’ve missed all that. This is going to sound a strange thing to say but I’ve missed the stress. I know a lot of people who’ve found a new way of life in lockdown that they’re not going to give up, realising they can work from home, they don’t have to be sitting on the M62 three hours every day. And certainly, I don’t want to live that type of life – I’ve orchestrated a life where I don’t have to commute. But I miss some of the frantic energy that comes usually with my life.”

But there have been pleasures, too – the unexpected time spent at home with his wife and daughter. And of course, these days of change have revealed a whole new vocabulary. “Furloughed” he says. “I’d genuinely never heard that until all this stuff started. Once you become confident of how to pronounce it is a nice word.”

“I suppose owning the vocabulary is a way of taking charge of situations as well,” he continues. “Language generally seems to be changing at a very rapid pace. Certainly more quickly than when I was young. And who owns language as well? Who has the right to define terms and say what counts as a ‘proper’ word? I think it’s about people feeling more confident to assert their identity through language, through styles of language which relate to their culture.”

The definition of poetry has changed too in recent years. “I think you would’ve been forgiven 30 years ago for thinking poetry was quite a monocultural activity, and a very narrow one,” he says. “It meant to some people ‘printed words’. But that’s completely changed now, and absolutely for the better — it’s a very broad-spectrum term now. Poetry, it hasn’t sorted everything out, but among other artforms it has been at the vanguard of trying to make sure different types of voices are heard.”

Call in the Crash Team is out now